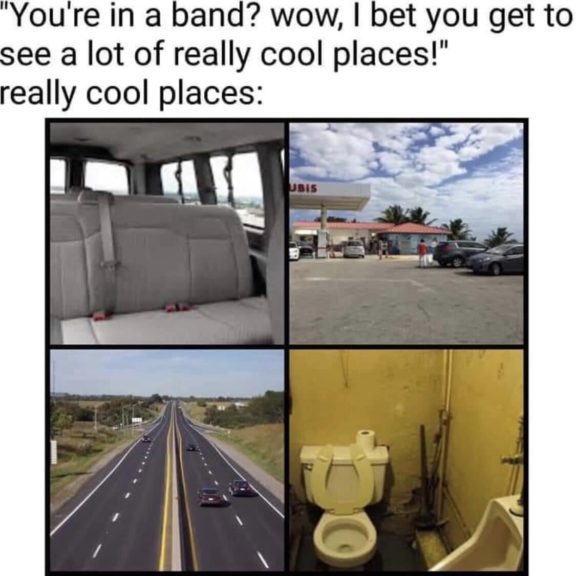 When you’re a musician, people think that your life is one big non-stop party.

“Dude, you must get laid all the time!” 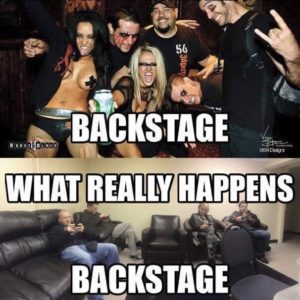 Most of the time it’s five dudes crammed inside of a truck, eating gas station hot dogs as we make the hours or days long drive to exotic destinations like… Iowa.

BUT, every once in awhile you get to experience those moments that will stick with you for the rest of your life.

In 2014 we were invited by Karma & Company to play the NFL Hall of Fame tailgate party before the Super Bowl at The Venue in Scottsdale, AZ.

It was a high profile private event with NFL legends like Jim Kelly, Randall McDaniel, Jim McMahon ect. They flew us out the Wednesday before the big game and we didn’t play until Sunday…needless to say, we partied our asses off.

The thing that I’ll remember most from that trip though is going to the Hall of Fame auction that Thursday night for the Wounded Warrior Project. There were famous athletes, musicians, actors, and businessmen. It was a pretty high profile event….but the no name country boys from Minnesota ended up being THE LIFE OF THE PARTY.

The best part of the night was the private concert after the auction. The HOF Players Association hired Eddie Money to play and DAMN he still has it! There was a very small group of us brave enough to go right up to the front of the stage.

How many people can say that they’ve had their own private front row show with Eddie Money?! 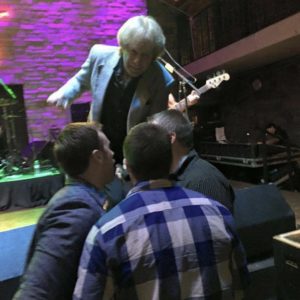 We drank all the beers, sang all the songs, and had a damn good time.