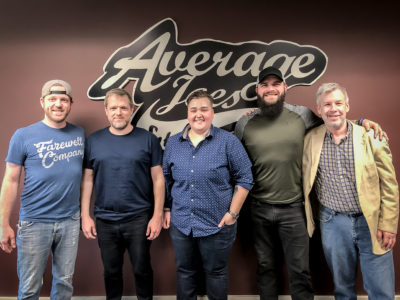 Independent record label HeddenOnUp Entertainment has partnered with Average Joes Entertainment for an exclusive distribution deal and is set to debut its first artist, Josh Gallagher, a top four finalist from NBC’s The Voice, Season 11.

HeddenOnUp was founded by singer-songwriter Keirsten Hedden, who realized shortly after moving to Nashville in 2015, that Music City is a smorgasbord of independent talent, yet so few opportunities are attainable for those without major label support.

Inspired by iconic producer and entrepreneur Berry Gordy, being a songwriter and a label head was always in the cards for the North Carolina native.

“As an artist and songwriter, I’m well aware of the challenges my friends and peers face on a daily basis, especially the artists who sing to their own drum. The Josh Gallaghers of the world excite me, and I want music lovers to have easy access to talent like his,” Hedden said. “The industry norms are changing, and having a creative outlet for distribution is vital. Average Joes is a clever and competitive label, and we are thrilled to have this opportunity for our artists.”

HeddenOnUp and Average Joes are gearing up for the release of their debut co-venture with artist Josh Gallagher, set for early May.