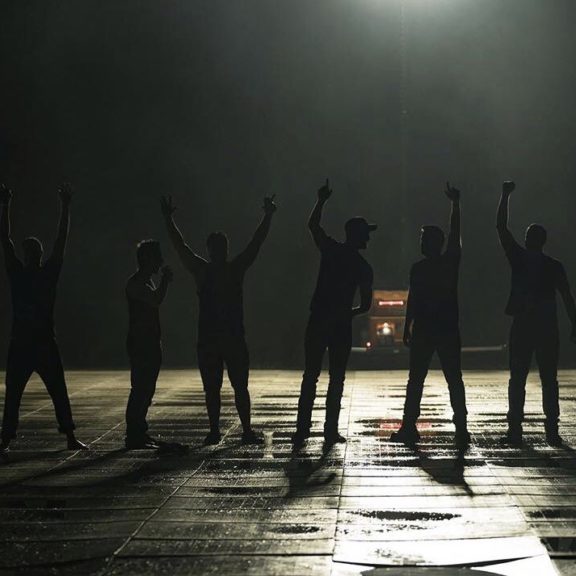 Backstage with Ben Johnson- The Harder They Fall

Another One Bites The Dust

Let me paint the picture clearly for you..

It had been POURING down the rain for hours..

Just as we’re about to start our set…BOOM…a huge lightning strike went off directly over the stage.

After a 20 minute delay, they finally gave us the green light to play our now 40 minute set.

We were absolutely crushing it, and the crowd was partying their asses off in mud up to their ankles.

They didn’t give a shit about the rain, and neither did we.

It was our last song of the set and we were ending with a BANGER of mine, “Get to The Bottom of It” (written with Corey Wise).

Let’s just say, cowboy boots and rain soaked stages don’t mix. Halfway through the song, I started to REALLY get into it. I’m moving around and all of a sudden it’s like I stepped on a slip n’ slide…BAM…I fell flat on my ass..then jump right back up and acted like nothing happened.

You’d think that falling in front of thousands of people once would be enough to learn my lesson…it wasn’t. Right as we’re ending our set, I went to do an Eric Church like fist pump and, you guessed it, fall flat on my ass again. 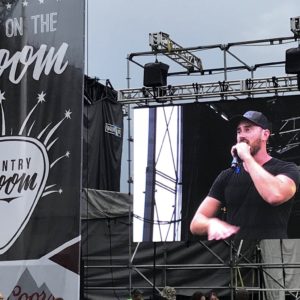 The first thing I hear  as I am walking off side stage was something like, “You know.. you wouldn’t have busted your ass if you weren’t jumping around on stage like Justin Bieber…”

Not exactly what you want to hear from a country and rock icon like Aaron Lewis.

We all got to laughing about it, and then he throws in, “Well, at least they’ll remember who you are.”

Riley Green was on right after me, and wouldn’t you know, he didn’t move an inch on that slicked up stage. Tyler Farr went on after that and made the smart move of playing completely barefoot…

We all got a good laugh, thousands of fans will remember me (for one reason or another), Riley and Tyler got a big heads up, and I learned..well.. I learned not to jump around “Bieber style” on a wet stage in cowboy boots.