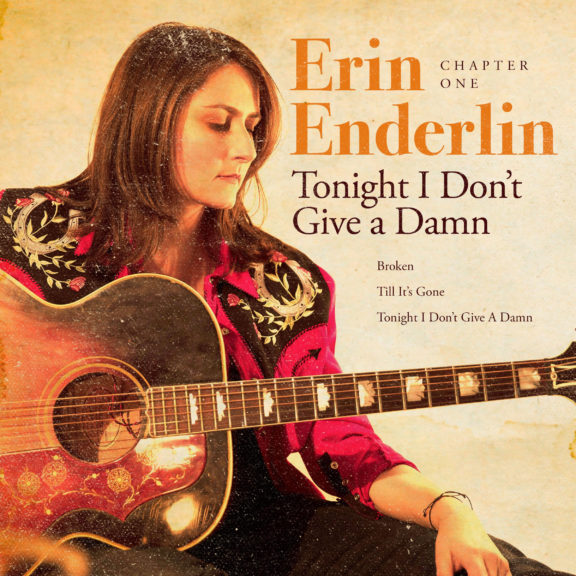 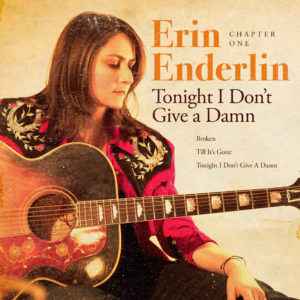 In my opinion, Erin Enderlin is one of the finest songwriters to grace country music airwaves.  She not only can pen a song that will crawl inside of your heart and garner any emotion she deems worthy, but her voice has the same power. Songs just seem to mean more when coming from her lips in the way that many artists don’t have. You believe every word she sings. It truly is the definition of credible and is country music in it’s purest form.

Here most recent EP Chapter One: Tonight I Don’t Give a Damn is a different kind of project than Erin has given us before. It is the first chapter in the story of a woman who we were introduced to in the song “Broken” which was first given to us on her album Whiskeytown Crier.

Erin tell us about the song and the lead in to this concept EP “For me, it was interesting to think about how her situation was going to affect the rest of her life,” Enderlin says. “We may get certain ideas about a character right off the bat, based on a situation they’re in, and then, you’re entrenched. But what made this person that way? What happened to them?”

Themes like this live in some of our favorite music. Like the Turnpike Troubadours and their story of Lorrie, Erin weaves a deeper web of understanding of this scorn woman she helped create in her solo written “Broken”.  “Till It’s Gone” which was co written with Jim “Moose” Brown and Jon Randall, gives insight into the internal struggles this woman felt in her healing time. An emotional rollercoaster of a song with internal solace as it core element, “Til It’s Gone” is heavy on the pedal steel, which is used to represent the aching and possibly even crying you can hear the woman feeling. Erin explained “I don’t think you can have too much pedal steel,” she says. “If someone says you can, you probably need to get rid of that person because you don’t need that kind of negativity in your life.” We couldn’t agree more. Often bringing a melancholy to a country tune but sometimes an upbeat twang to a bar room staple the pedal steel is one of our favorite instruments.

The third and final track is the title track “Tonight I Don’t Give a Damn” which was also co written by Brown and Jessie Jo Dillon This track gives a third piece of the woman’s emotional puzzle.  The words which would likely never be spoken out loud, tell of the contemplation of a possible late night encounter to heal the pain the narrator is feeling. This inner struggle, which is partially whiskey induced leads the woman on a path towards her lost cowboy lover. While the woman obviously knows better than to think this type of encounter will heal her explains that she honestly doesn’t give a damn.  Erin explains of the third track and it’s writing style as follows “I tend to gravitate toward the first person,” she says. “Sometimes there are stories that you can’t do that with, but there is a certain grittiness when you can––when you can take the character on and speak for them.”

While each song if played separately would give a story of a character you feel for emotionally, all together it truly builds a body of work to help understand this unnamed woman.  The story becomes bigger than each tracks own merit and it’s really interesting to listen to the tracks in sequence and hear the character develop.

A project like this truly shows you the kind of story teller than Erin is, one of the best we will see in country music in our lifetime.  One that may not have her voice played on national airwaves just yet, but whose writing prowess and classic country sound forces your attention.

Thank you Erin. And thank you to your co writers for bringing us this project to truly help us know and understand what country music really is about.

On top of the audio release, Erin has debuted 3 new music videos on CMT. You can watch them live on their station or check them out below directly linked from their website.