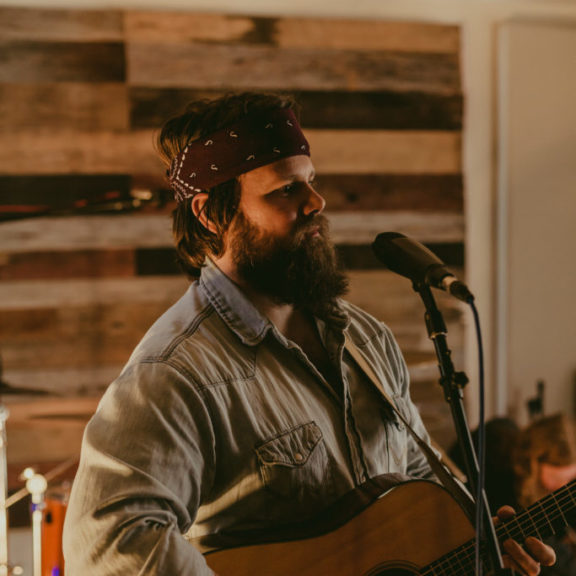 An introduction to Lucas Ebert and his country sound 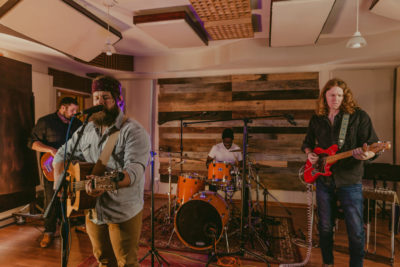 We would like to start the introduction process with you all and one Lucas Ebert.  Lucas caught our ear and eye at some writers rounds around Nashville and with each musical release he seems to enamour us more.  We want to dig deeper into who Lucas is as an artist and what makes him tick on the RAISED ROWDY PODCAST, but until then we wanted to give the rowdies a little taste of who Lucas is and what his music is like before we travel down that deeper path with him.  So here we are.  We received some great insight from Lucas about his upbringing and musical influences. Give it a read and his music a listen to see why we can’t stop listening to his tracks.

“I was born into a musical family in the southern town of Texarkana, Texas in 1989. My Grandma Normie taught all the grandkids kids how to play piano and sing in church.

My dad, Titus Ebert, was the first to carry the family music to Nashville, in hopes of making it big. Like all of the my family, he held the gift of music but he was also a bit of an outlaw.

When I was 17 months old, my dad landed a recording contract in Nashville with May and Hoyt Axton’s label, Doorman Records. Unfortunately, his outlaw spirit got the better of him, and he died in a tragic car crash before he could get going.

Growing up in Oklahoma, I tried walking the line, but there was always an urge to see what lay beyond the horizon. At age twenty, I answered the call of the road, dropping out of the Pentecostal Christian University where I was attending college.

With nothing but my acoustic guitar and a few pairs of clothes stuffed in my backpack, I survived by busking with my original music on American city streets. Hitch-hiking from town to town, I toured America with my thumb in the wind. New Orleans, Memphis, Nashville, Seattle, each new city provided another opportunity to hone my songwriting craft and engage directly with an audience.

It didn’t take long for Me to learn that audiences everywhere seemed to be craving the same thing. I didn’t expect folks outside the South to enjoy my country music. When I was hitch-hiking and busking, I realized that people simply crave ‘honest, music’. That’s when I knew that I could do this. I could carve out a niche for my kind of music. So I journeyed back home to put together a plan to make music the focus of my life.

Growing up surrounded by love, family, and music in Oklahoma, along with my father’s legend, I felt a strong spiritual connection to my dad through their shared love for music. I’ve always found strength in my father’s story.”

“Sturgill Simpson and Tyler Childers are two of my greatest musical influences.  Early on I wasn’t sure what genre I was going to be considered to be in.  I thought maybe I was sort of a singer-songwriter type, but,  every time I tried to record something in the studio, when I would listen back to it, it sounded country no matter what I tried to do because of my accent. This was a little disappointing because I’ve always felt like I had something more to say than what most people are saying in a lot of the country songs that you hear on the radio.

It wasn’t until I first heard “Turtles All The Way Down” by Sturgill Simpson that I realized that you were allowed to speak on left of center topics inside of country music. That was the beginning of me realizing the direction that I wanted to go in.”

“First thing ever released was my self titled EP, which I put out about a year ago. It’s basically the first 5 songs I wrote after moving to Nashville.

About a month after that I dropped a single called “McCurtain County Gold”. In the county where I’m from in south east Oklahoma we really only have one claim to fame and that’s that we’re known for being a little bit out of an outlaw group of people down there. When you tell people from Northeast Texas or Southwest Arkansas where you’re from they tend to look at you little bit funny because they figure you had a hard life.

A big part of the reason why McCurtain is looked at in that this way is because back in the 80s a few guys got busted for growing rows of marijuana in between the rows of warehauser pine trees and it made national news. To this day you can still find McCurtain County gold being sold in dispensaries in California and Hawaii. I was thinking about all the stories I heard growing up and I decided I’d write a song about it.

“Drunk and Stoned” is the first single off the new EP that’s about to come out on June 6. It’s been doing pretty well on Spotify so far.  The EP is going to be called The Wild Road Sessions. It’s a five song live (in studio)  session recorded with my full band at Wild Road recordings in Nashville, TN.  I’m a huge fan of Tyler Childers’ live stuff that he has on Spotify.  To me, that is some of his best stuff. So I wanted to do something really stripped down with just me and my band.

I think people really appreciate the the honesty of a live take almost more than anything else (I know I do at least).  There’s something nice about a record that doesn’t have all the bells and whistles, auto tune and what not. I’m pretty proud of The Wild Road Sessions because it is exactly that. Just an honest take that’s what we’re really like live.”

So are you are as interested as we are now? Listen to these tracks and if there is anything you want us to make sure we cover in our podcast, email it over to Nick@raisedrowdy.com and we will be sure to include it.