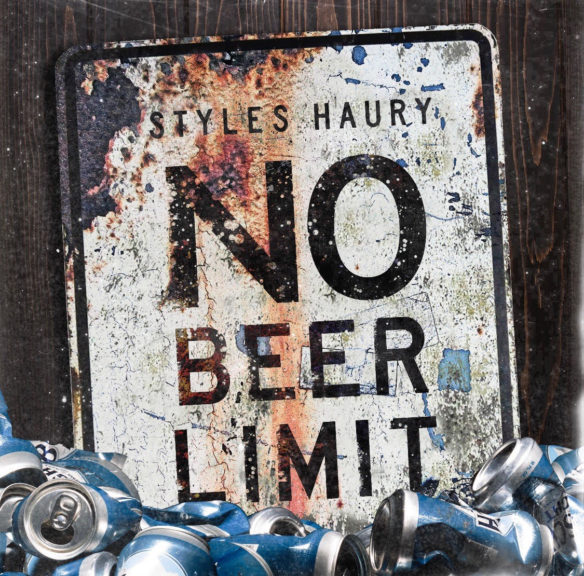 The second single release of 2019 for Styles Haury is sure to get listeners ready for summer. “No Beer Limit”, set to release April 22, is a catchy, 90s-country sounding tune, something Haury has been waiting to let his fans hear for a long time. You can PRE-ORDER THE SONG HERE. 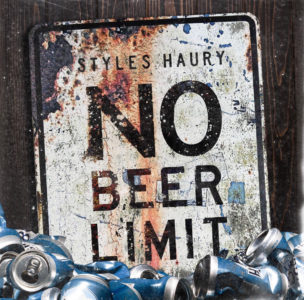 “I knew I had to cut this song when we played it live for the first time,” he said. “This is a great song that gets fans engaged with beers raised high in the air.”

When fans come out to see a show by this Ohio native, they expect the level of fun to be off the charts, and this song delivers.

“Country music fans want to have fun, drink beer and sing along to a summer anthem,” he added.

The real treat in this tune is the sound. With the drum roll and heavy guitar riff to kick it off, everybody knows it’s about to be a fun song to dance and sing along with. With obvious 90s country style, Haury makes this song stand out among others.

“I grew up listening to those 90s country legends. My dad’s Kenny Chesney and Alan Jackson CDs were what got me hooked on country music,” he said. “Add that in with Mom’s AC/DC rock and roll, and you can hear that in my songs.

“When people ask me to describe my sound, that’s what I tell them. Imagine Kenny Chesney and AC/DC had a baby and Luke Combs was its uncle. That’s us.”

For a song like this to hit fans, though, the lyrics have to relate to them, and this is certainly one of the most relatable songs of 2019.

“This is for those people who’ve worked all week long and are just looking forward to the weekend,” he said. “We don’t write songs just to write them. We write them for people like us, who are working a 9-5 and drinking beer every Friday night with their buddies.”

Additionally, the Raised Rowdy team and Styles are proud to announce, along with this latest single, a collaboration hat we’ve been working on. Styles and Raised Rowdy wanted to find a way to merge our brands together, and what Rowdy doesn’t love a patch hat? The hat will be ready to ship in time for all your summer activities.

Styles Haury is a man of many talents, from a bowhunter to musician — you name it.  Be a jack of all trades like Styles and grab our limited time collaboration hat produced by none other than Nashville’s Dome hats. The Gray and Black trucker includes a circular leather patch with a deer hoof imprint, each hat with a fishing hook in case you ever find yourself in need of an extra while out on the lake. 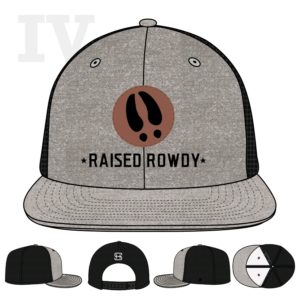 GET YOUR PRESALE HAT HERE