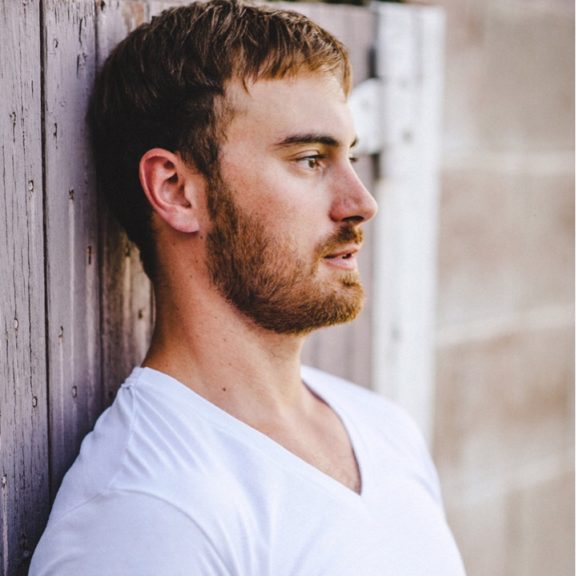 A Musician and a Billionaire Walk Into a Bar…

“You’re really good… you should try out for The Voice or American Idol!”

That’s how most people think you start a music career – Go on reality TV and BOOM, you’re a celebrity.

The truth is a lot less fairytale, and a hell of a lot more grind and grit.

Living in a grungy studio that doesn’t have drinking water

(and showering at Planet Fitness)..

(That is an embarrassing story for another day. It was as bad as it sounds)..

Most of us have had to work our way up, and while luck can play a major part in becoming a household name, you can’t bank on it.  Instead, we pour our hearts and souls into our music night after night, hoping to connect and earn the respect of our audience through our own songs.

Now, I’m not even going to sit here and try to act like I knew I’d have to go through all of that when I started..

In fact,  I didn’t know a damn thing about the “Music Business” back then.

I was as green as green comes, and thought (like most) that it was all about luck…right place right time and then some one would “discover me”.

I got my crash course lesson about the Music Business when I met the billionaire money manager, Ed Butowsky.

I had been flying back and forth to Nashville for a few months, and just finally felt like I was getting to know the town. I was playing on Broadway at Tootsie’s, Honky Tonk Central, or Rippy’s during the day, and would go play some of the Writers Rounds around town at night.

It was my last night in town after a 12 day run when I showed up to play a round at the Commodore Grille. I was a part of the last round of writers for the night, and we only had time to play one song each.

There were MAYBE 10 people in the audience when I played my original, “Green Eyed Girl”.

As soon as I got off stage, this guy sitting with his teenage son waved me over. He complimented my talent and went on to say that he couldn’t believe I wasn’t famous.

Then he handed me his business card and mentioned investing in my career.

I didn’t think too much of it at the time – artists hear a lot of promises from well meaning folks after they’ve had a few too many drinks.

The following morning I found the card in my wallet and saw the name “Ed Butowsky – Managing Partner Chapwood Investments”. I Googled his name and..

“Billionaire portfolio manager… advisor to the stars…ESPN 30 for 30…”

I realized that this might actually be the real deal.

I had never had to REALLY think about it before, but I knew VERY little about the actual business side of the music industry. Time to sink or swim!

I got in touch with a friend of mine, Tanya Turner, to help me manage the opportunity. We were put in touch with a well known entertainment lawyer from the Twin Cities (I think Prince was one of his clients or something?!).

We also learned that Ed had invested in the careers of a few golfers and boxers, and now he was interested in the prospect of getting into the music industry.

With the help of the attorney, my friend Tanya, and a few other members of our “Team”, we worked tirelessly to get a great business plan together.  Unfortunately, by the time we had (what we considered) an acceptable plan to present to Ed, months had went by, and you guessed it, that ship had sailed.

I still look back and kick myself  for not being more prepared. I had zero understanding of what was needed on the business end to launch an artists’ career.

The situation forced me to LEARN, and for that alone I will always be grateful.

Keep putting in the work and continue putting yourself out there.

You never know who is listening…

A few years later I was playing Whiskey Jam and meet one of the BEST writers in Nashville.

AND HIS NAME IS…