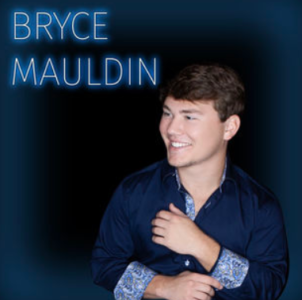 Florida born Bryce Mauldin has FINALLY released his much anticipated debut EP and we are here for it! The five song project is a compilation that perfectly shows off Bryce’s artistic range, vocals, and storytelling abilities. The first song on the EP, “All the Proof I Need” is the lead single off of the project. It tells the story of every day reminders of love. With lyrics that detail a world gone crazy, Bryce hangs on to hope saying he’s got all the proof he needs that love still exists.

The second song on the EP’s title, “Feel it in the Morning”, leads you to believe this is going to be a good time Friday night song. Instead, listeners are left with a feeling that makes them want to say, “awe” after listening to the song that details how Bryce will be left with sweet reminders from his encounter from the previous night.

“Callin’ My Name” provides more of a good time vibe and motivation to finish the work day. Bryce sings of the different things callin’ his name all day making him ready to get off, however the most powerful pull being his girl calling his name.

“Country Song” is in fact the country song that its title eludes to. Anyone who has had a small town relationship end can relate to this. After all, sometimes a moment with someone can feel just like three minutes put to music in the end.

The last song on the record, and my absolute favorite, “Seeing Somebody Else” brings the water works and will make you feel all the feels. The song starts out by Bryce singing about all the things that the girl of the songs sees in her future, “white dress, champagne, Mrs. with my last name…” and then completely changes the song by saying that ultimately he’s not over another love that he’s had in the past because he sees someone else in his future.

This record is awesome and has completely lived up to our expectations. Go download, stream, and put it on repeat! Big things are ahead for Bryce Mauldin and we can’t wait to watch!