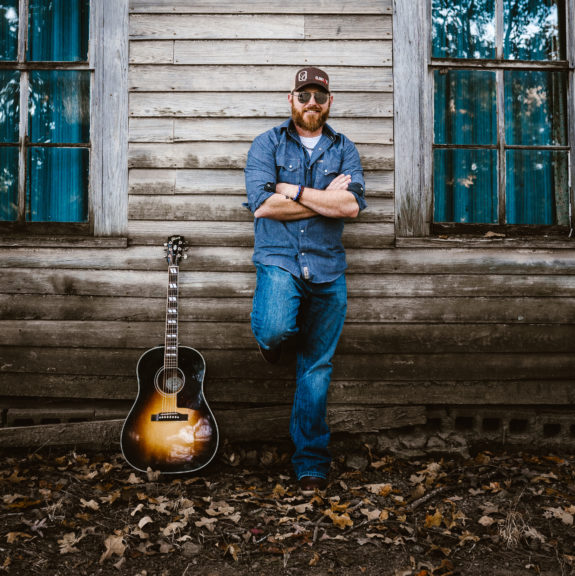 Heath Sanders is a former Arkansas oilfield worker, turned full-time musician, whose popularity skyrocketed after a performance on The Bobby Bones Show in early 2018. Bones found a cover that Sanders put online of Chris Stapleton’s “Either Way,” loved it, and invited him to perform on his show. While on the show, Sanders sang his song, “Bloodline,” which went viral. Since then he has been selling out shows every weekend across the country. He’s opened up for Drake White, Cory Smith, and he has been invited to open for Bones’ own band, The Raging Idiots. On the business end, Sanders has joined L3 Entertainment, management home to Justin Moore, Tyler Rich, Leah Turner and Scott Stevens. He recently signed a publishing deal with Sony ATV. He is authentic and as country as they come, with a powerfully rich voice and a life story that needs to be told. 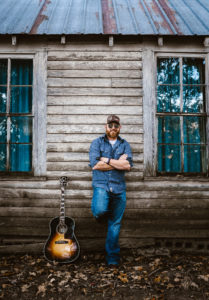 Tell us what your normal day in the oil field was like compared to your normal day as a full time musician now.
The oilfield was definitely more structured. 5am wake up and bust it all day. But, you got to clock out, ha! I guess that’s the biggest difference between now and then. There really is no clocking out of the music industry; it’s 7 days a week, 24 hours a day. But, I love it.
Tell us about your musical roots and how you fell in love with country music.
Being a pastor’s kid, I grew up listening to gospel mostly and playing music in church. But, being a teenager in the 90’s certainly has a lot to do with my musical taste. Garth Brooks, Brooks & Dunn, Tracy Lawrence, Shenandoah to name a few are certainly the foundation of who I am as a songwriter.
Tell us about your viral cover of Chris Stapleton and how that led you to doing music full time.
I don’t think I would have ever covered the song on my own accord, it was kind of a dare from a friend of mine from Texas. He called me up one day and challenged me to do it, and I certainly did my best to squirm my way out of it. Lucky for me, he was persistent in challenging me to do so. At that time, the most views I had ever received on a video was around 50K, and I assumed that would be no exception. Going viral was not something I ever considered to be in the books for me. Had I’d known that would be the case, I certainly would have changed out of my work clothes! Racking up a few thousands views within the first 24 hours was definitely exciting, but it wasn’t until I saw it circulating on pages like Country Razed and Country Rebel that the severity of the situation really started to set in. Once Bobby Bones reached out to me, I knew my life was about to change forever.
Could you talk about your first single “Bloodline” and what that did for your live shows and touring schedule?
Bloodline kind of started out as simply a song about my life. I had no idea when I picked up my pen for the first time in 13 years, it would be heard by millions. It’s simply an ode to the working man, a pat on the back to those who bust their ass everyday and carry this country on their shoulders. We definitely saw an uptick in bookings in fly over states and blue collar America shortly after the release. It certainly added some excitement to the shows seeing the crowds sing along to the lyrics. I never imagined that in a million years.
What have been some of your favorite shows you have played in the last year, and what made you enjoy them?
I really enjoyed the Six Strings for Freedom shows in Fresno, California. The crowd was full of hardworking, flag-waving Americans, and they were all incredibly enthusiastic. The Bulls Bands and Barrels tour tops this list as well. It’s hands down one of the coolest rodeos I’ve been to. They’re actually having us back this year March 30th in West Monroe opening up for Frank Foster. Opening for Bobby Bones in Little Rock was pretty amazing. If you haven’t been out to his live show yet, do yourself a favor and go see him. I guess my favorite so far though has been opening up for Justin Moore and Cody Johnson at the Rosemont in Chicago. Sharing the stage with two legends was pretty surreal.
Let’s talk about your newest single “Down on the South.” When did you write this song, and what does the song mean to you?
I guess I wrote “Down on the South” about 5 months ago. It’s just a summary of my high school years and how life was lived back before everyone had a cell phone in their hand. It’s simply about those nights that all the small town kids spent finding ourselves, finding love and plenty of trouble to get into.
When can we expect even more music from you?
I’m hoping to have more music out within the next few months. Right now, I’m focusing on writing and getting a game plan together for an album. I want to be sure that when the time comes, we do it right and give folks what they deserve.
A big thank you to Heath for taking the time to share some of his story with us. Check out Heath’s music and make sure you keep up with him on his incredible journey.