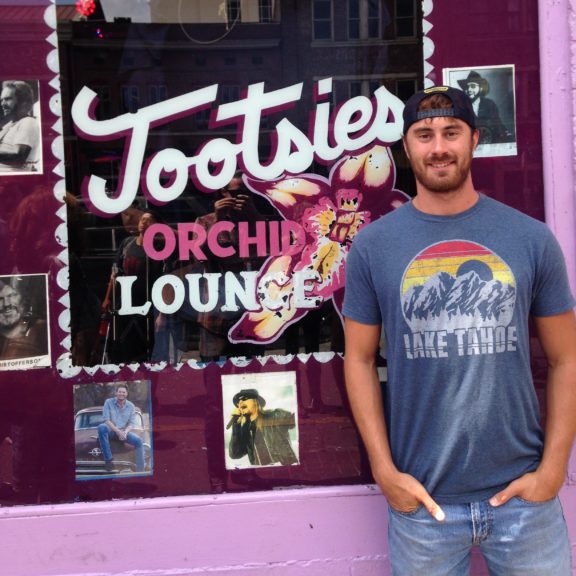 July 2016 – “Hi this is, Bucky Covington. Welcome to Nashville, Tennessee.”

Those were the first words I heard as I stepped in to the BNA terminal.

Hardly knew a soul in town..

But just like many of the greats (and all of the musicians that this town has swallowed whole) would tell you, I knew one thing with absolute certainty..

Nashville was where I needed to be.

I got to my room at the Comfort Inn on Demonbreun, then did what any other first timer in Nashville does…I went to Broadway.

Within two or three hours of being in Nashville, I had learned two important lessons – People request a lot of Johnny Cash covers, and the drinks on Broadway ain’t cheap! 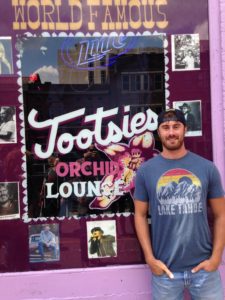 I spent the next two days hanging out at Tootsie’s, and just like everyone else, was drawn to the incredible history of the place. I could imagine Willie Nelson or Kris Kristofferson picking through songs on a smoke filled night on that same beat up stage.

I caught one of the artists jumping off stage after he finished his set and asked how he had managed to get booked there..

I heard the words “open mic audition”, and you better believe my ass was at Tootsies that Saturday, 2nd floor, 2pm on the dot, adding my name to the artist audition list.

By then the ol’ bank account wasn’t looking pretty. The reality was that I NEEDED to make some money while in town, and this was my first (and best) lead I had at getting a paying gig. No pressure.

When it was my turn on stage, I busted out  “Barefoot Blue Jean Night” and “Springsteen”.  Hey – go big or go home, right?!

I must’ve done them justice, because soon after I finished, a gentleman wearing a Vietnam Veteran hat waved me over behind the sound booth.

He introduced himself as, John Taylor, and with a raspy drawl said, “You’re pretty darn good, son. Come back here at 10am tomorrow.”

Somewhat stupidly I asked, “Why?”

“Why do you think…You got the gig. Don’t be late and don’t wear that hat.”

It felt like a small win at the time, but looking back now, it was my start as a Nashville artist.

I showed up (an hour early) that next morning, and shared the stage with another first timer, Jake Loban, and a Tootsies Vet, Russel Brown. Russel is an absolute expert at connecting with the audience, and I learned a hell of a lot from him that day.

When your livelihood depends on the generosity of others, that’s a pretty damn important lesson.

I spoke with John Taylor after the set and explained that I was still living in Minnesota and would need to commute.

He said, “I don’t care where you’re from or when you’re here… Keep singing like that and you’ll be a star.”

Validation. The fire under my ass was lit and fed about 50 gallons of gasoline.

We figured out a schedule – I’d come to town and sing for two weeks every month. The torch was lit for future trips and I was on my way to becoming a Nashville regular.

A few weeks later, I learned my next big lesson-

But that’s a story for next week.