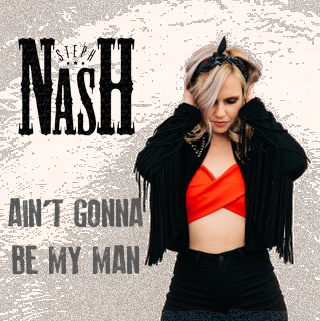 A dairy farmer from Fresno, California, Steph Nash is bursting onto the scene in Nashville with her debut single “Ain’t Gonna Be My Man” that released Friday, March 22 to digital outlets. 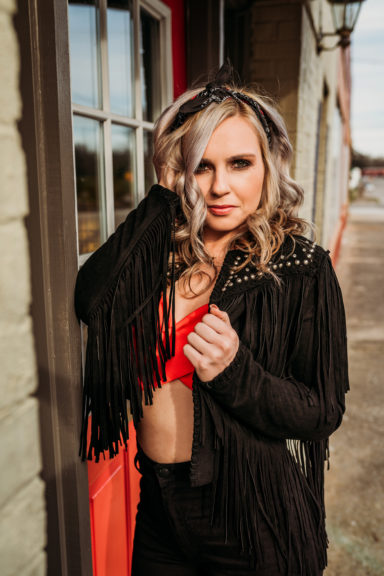 The song shows off Nash’s attitude from the first guitar lick.

“I have some attitude, I’ve got a lot of sass in me,” she said. “This song kind of tells my story of the last couple years. I’ve been through a lot of break ups, moving and trying to find myself again.

When I go out, I like to be by myself and I don’t like when guys hit on me or just tell me things I want to hear. Just be straight up with me, and if you’re not, you ain’t gonna be my man.”

The song actually grew out of a slower tempo into the matter-of-fact lyrics and sound it has now.

“Originally this was a slow song and not even close to the lyrics it has now,” she said. “I strayed away from it and didn’t like it. One day I came up with the first line, and I wrote the rest of it in an hour.”

Kent Wells produced the song, as well as the other five songs she has recorded and plans to release in 2019.

“He’s worked with Dolly Parton and was on tour with Reba. He got my attitude from the start and was able to work with it,” Nash said. “He sees my vision as much as I do. Without him, I don’t think I would’ve found the sound we got out of this song.”

Finding Wells was a blessing, Nash said, because most of the producers she’d talked with before that wanted to put a pop-country sound on the song.

“This is a different sound than what is out there, especially with females. I don’t listen to country radio very much because I’m stuck on the 90s country,” Nash said. “When I hear a melody in my head, I just write something with it and we find the sound to go with it. That sound needs to make a come back. Where I come from, that’s the music they love.”

Stephanie Nash doesn’t just sing about being country, she lives it. Spending her life on her family’s dairy farm moved her from her hometown of Fresno California to Tennessee. After three years of searching, Nash found Grammy-nominated producer Kent Wells (Dolly Parton) and began to chase her dream of being a country music singer. Writing songs has always been a passion of Nash’s, as far back as junior high. Like many country music artists, Nash first found her sound in church, but credits Dolly Parton, Shania Twain and Brooks & Dunn for the twang in her voice.