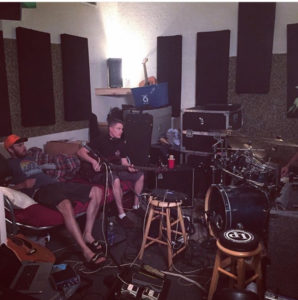 February 2016 – I was 26 years old and had been working for a mortgage servicing company the last 3 years. I HATED my job. I decided I had enough. I walked into my boss’ office and simply said, “I quit.” I walked out that morning and never looked back. As timing would have it, my girlfriend of two years and I broke up about a week later, and I had to move out. Talk about major life changes. I made the big dirty jump and moved into my music studio. The 20’x10’ room was tucked in an industrial building on the edge of Downtown and Northeast, Minneapolis. The room had a futon, microwave, fridge, and a pizza oven – everything a single man could ever need. I was broke as a joke, but I didn’t care. It was the first time in my life that I had to rely on myself and it was exhilarating. Luckily, the rent for the room was $400 which we split fourways between the band. $100 in a crappy music studio, but I felt like I was living like a king. There were probably 30-40 other rooms like ours in the building and there was ALWAYS another band practicing. I’d often get woken up to the drummer of a metal band two doors down at 8:00 am, but I didn’t mind. I had a couple of roommates; they were rodents, but roommates nonetheless. It’s amazing how creative you can get with mouse traps when you have limited resources. 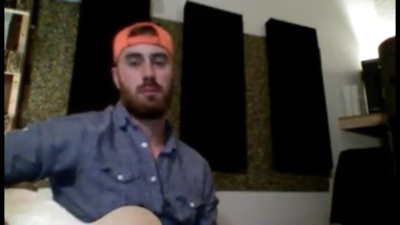 My band and I had been playing cover songs up until this point. It was a great way to get our name out around the Midwest and make some money, but that wasn’t my dream. I finally had time to think about where I was in life and who I wanted to be. I was living and breathing music. Locked away from the world, I wrote, wrote, then wrote some more. A few songs were good and some of them were…not so good. What really mattered though was that I got to step away from what everyone else was doing and was able to find my own voice. Most artists would probably agree that the process of finding your sound never stops and is always changing, but eventually you’re able to reach a defining moment when who you are and who you want to be finally meet. Take chances and be patient. That’s when good music happens.