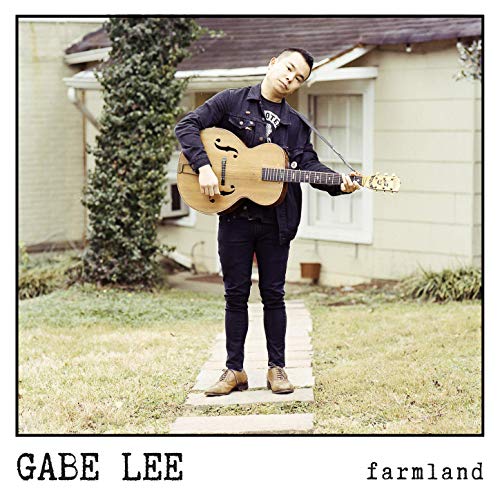 “I often joke that my start to music began with being chained to the piano by my mother,” Gabe jokingly claimed, explaining his early childhood steering towards the piano by his mother. “My childhood memories would not be complete without her playing the Samick baby grand in our living room. She would literally dream up melodies and wake up with a song in her head. As a professional pianist, she was an integral force in my music education – it was kind of like having your piano teacher come home with you after lessons. Although not the concert pianist I set out to be – I was a piano major at Belmont University before dropping out – the education and experience I’d gathered would ultimately open doors to so many great opportunities later on.”

Gabe’s parents came to the United States to pursue masters degrees in the 1980’s and eventually moved to Nashville for work, where they settled and raised Gabe. Gabe explains his youth and his personal musical discovery journey as follows: “I am, to my deepest core, a 90’s kid. My earliest music discoveries are wide ranging, including The Shins, Bright Eyes, and the Weepies, just to name a few,” he says. “I was also surrounded by friends who are great musicians and songwriters, which compelled me to write, play, and sing better. But it was their parents’ record collections that introduced me to music which had never graced my household.”

To form his sound, Gabe learned about classic rock (CCR, Fleetwood Mac and Bob Dylan to name a few) mixed with the music of his youth (Nirvana and Bright Eyes). Music seems to have always been a journey for Gabe, which sonically falls as close to John Prine as it does to these influences.

We first learned about Gabe and his music through Revival 615 and the artists that share the church pew there. I was enamored from my first listen to his debut track “Alright, Ok”

Farmland itself takes the strong roots Gabe established in the Indie music scene in a relatively short period of time and grew from there. The album was produced in a way to feature his peaceful, inflective sound.  Some artists do best with a robust level of production to bring out each track, but that is just not the case with Gabe and his voice. There is beauty in the simplicity of this record.  Each instrument is placed into each track purposefully. There are not many wasted notes in the whole project and that leaves room for the songs to truly shine. It lets each listener really come to grasp with what each track means to them. The crazy thing is the picture, while expressing such vivid imagery seems to be easily moldable to your own mind and thoughts of what each track represents.

This album came to life in a relatively short record session. It was recorded mostly over a two day period at the Farmland Studio in Nashville. Farmland was produced by Alex Torrez and David Dorn and mixed by John Behrens.  Talented Lucciana Costa provided background vocals and Dobro guitar to the tracks.

As the whole the album’s theme seems to be the different types of love and relationships and the emotional journey that can take you on. Each track really has it’s own soul and identity but also fits so well together to make up Farmland.  The songs are poetic, almost to the point where they could be torn from the pages of a formal literary work.  I see a lot of what makes Jason Isbell and John Prine so great in the writing of this album. That is very high praise for any artist specifically being Gabe’s first formal project.

Each listen I find a different track that I deem my favorite. Here are a few of my favorites from the album..

“Eveline”   A haunting ode to lost love and the journey your heart goes on trying to escape the thoughts brought to rise from this. Yearning for something once lost.  Each passing moment another image bringing back the thoughts of another feeling. This song is very lyrically complex.

“Last Country Song”  Love, in all forms is a staple of Farmland as we said and “Last Country Song” is another example of a different path for that emotion. This track sounds like it could have been penned by Jason Isbell or Brent Cobb. Airy guitar mixed with an upbeat flowing lyricism. Even when the words themselves may not be the most positive it sounds forward driven and hopeful. A song such as this brings me on an emotional rollercoaster all in one song and honestly that is what makes the difference between a good and a great song.

“Happy Trails”  A bluesy almost gospel sounding track. “Happy Trails” is a fitting end to this album and journey Gabe has taken us on.  I could hear just as easily being strummed in a Memphis music joint or a worship celebration. I hear some Ray LaMontagne and even a little bit of Chris Stapleton.  I cannot stop listening to this one.

These are just a few of the highlights of what makes this album so special.  We want to hear which songs are your favorites! Be sure to tag Gabe and Raised Rowdy on your post about them. We think this album is going to speak to you as strongly as it did to everyone over here at Raised Rowdy. We have a feeling this is definitely not the last or largest platform you will be hearing Gabe’s praises being sang.