HomeArtistsBackstage with Ben Johnson: A weekly look inside the life of an up and coming country artist

Backstage with Ben Johnson: A weekly look inside the life of an up and coming country artist

“Who the hell is Ben Johnson and why does he want me to go backstage with him?”

Great question…let me explain while I lay here and pick at this grass. 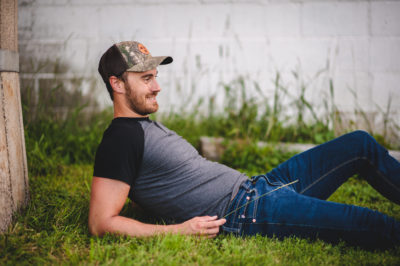 In February 2016 I decided to chase my dream. I quit my job and moved into my music studio. No kitchen. No shower. No money. Just a suitcase full of clothes and my guitar. Since then I have toured across the country, had a number one selling debut EP, have written with some of the best songwriters in the world, and am now getting ready to record my first full length album.

Raised Rowdy and I got together and thought it would be a cool idea to break down the imaginary wall that exists between fans and artists. We’re going to give you a BACKSTAGE PASS behind the life of an up and coming artist – life on the road, working and partying in Nashville, relationships, friends, family,  all of the nitty-gritty unfiltered details. No two careers in Nashville are equal, but it’s safe to say that most of us have started from the same point…from nothing.

Before he was famous, Gary Allen worked as a used car salesman and would put a cassette of his demo in all of the cars that he sold. One day he sold a car to a wealthy couple in California and they liked his demo so much that they gave him $12k to help him chase his dream. He went on to use that money to record a full album and landed a record deal from it….The rest is history. I want to share those stories with you now in real-time. These are the “in the trenches”, hear “no” a million times, sing your heart out days. It’s all me and it’s all real. Welcome Backstage.