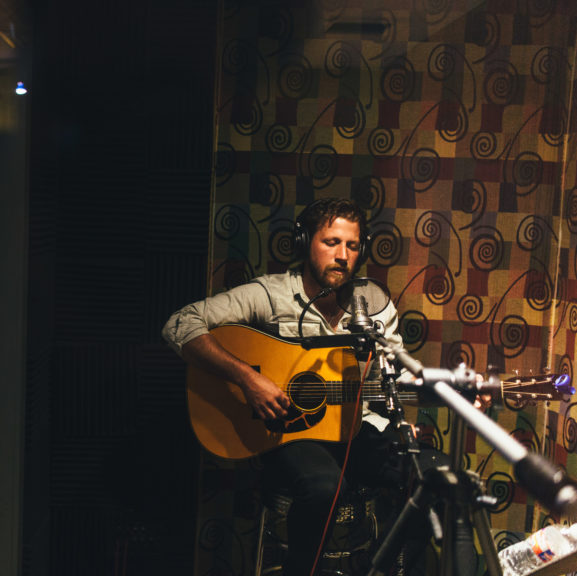 “Your job as an artist is to be an artist and to try and be as authentically that as you can.” Meet Nate Fredrick ahead of his “The Nutthouse Sessions” release March 19th 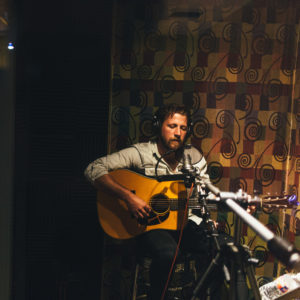 I want to veer slightly off the path I usually take for articles like this and ask a favor of you.  Before you read Nate’s interview he graciously carved out time to give us, I’d like you to listen to his last single “Go On And Leave Me”.  We shared it with you late last year after we first heard, and fell in love with Nate’s voice, and his ability to convey raw emotion through song in a refreshing way.  So if I could just steal a few minutes of your time you didn’t plan on lending me…

I’ve included links to both streaming services because even though I have serious reservations with one of them, I still want you to be able to listen to the song.

Thank you.  Perhaps now you have a better understanding of why we love Nate Fredrick’s music so much.  It is our duty and privilege to bring you as much music as we can that we think you’ll draw something from.  Nate has something very special coming out March 19th that we’ll also share with you.  His “The Nutthouse Sessions” recorded in Muscle Shoals, Alabama is a digital 45 of “Go On And Leave Me” as well as “Better Off Alone”.  Nate is also going to be releasing some live sessions of a song he only shared of clip of on his Instagram page.  “Keeping Me Alive” is a bluesy masterpiece that paints imagery with song as well as any you’ll hear.

We can’t thank Nate enough for his time, as well and the candidness he shows in his interview.  With grit in his voice and determination, paired with a little bit of luck along the way, you’ll be seeing and hearing a lot more of Nate in the coming future. 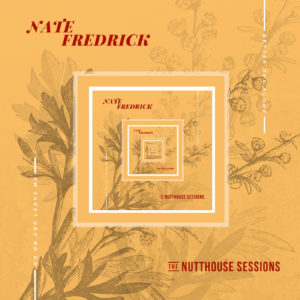 What are your early memories of music?

When I was 4 years old I would go into Entertain-mart with my mother and that was back in the day where they had CDs and headphones so you could listen to samples of the record before you bought it. I would walk around and listen and by the end I handed my mother a Joe McBride and a David Koz instrumental CD and she bought them for me.

Who introduced you to music?

My dad brought home an acoustic guitar when I was 11 years old because he was going to learn how to play. He took lessons for a short period of time and then we had a guitar that was just in the house so I started to mess around on it . I took lessons later at the age of 15 for a year and i would just bring in CDs to my guitar teacher and he would tab them out for me to learn how to play. It was never a super conventional type of teaching. He helped me to navigate my way around the instrument and let me learn to play in my own way.

Who were some of your influences?

I used to listen a lot  of Van Morrison and Billy Holiday as a kid and Dave Matthews as a teenager and also Inside Wants Out. John Mayer’s first EP when he was a dorky kid with a big watch on . That’s my favorite Mayer (not the celeb comedian one).  Bill Withers and Otis Redding were also influences of mine because they had so much soul in the way that they sang and played which is why i liked van Morrison as well because he never seemed to sing things the same he just felt it and i could really identify with that approach to writing and performance and still do in a sense. I also listened to the shit out of the album Mescalito by Ryan Bingham in 2009 when I was at University of Arkansas.  It was a pivotal record for me.

Your music is described in many different ways.  How do you describe it to someone who hasn’t heard it?

It has changed a lot over the years really as I am still learning how to write a song I feel and be thoughtful with my lyrics and things but I would say that it has some soul and blues influences as well as a bit of country for the Ozarks where I am from.  The singer/songwriter aspect is obviously there but i think that is a bullshit term anyone that sings, plays ,and writes their own songs, I think is a singer/songwriter.

You’ve been in Nashville for a few years now. What was the driving reason for you to pack up and leave Missouri?

I saved up 3,000 dollars in 2015 from playing gigs in Springfield, Mo where I am originally from. I was living with my girlfriend at the time and also waiting tables at a restaurant. I had a show at the listening room booking in July and also a Sunday writers night at the Bluebird Cafe and I decided to move down July 5th to try and become a better writer and artist and see if my shit would travel so to speak. It hasn’t been easy at times but I have grown a lot and learned about myself in ways that I never would have if I stayed in Missouri. I feel like I am finally hitting my stride so I am excited about 2019 and the crew of people I am surrounded by. So many talented folks and I feel like we all make each other better.

What has been the biggest hurdle you’ve encountered?
Honestly just being comfortable in my own skin and realizing that being an artist is all part of the process and you don’t ever figure it out you just create and progress and shit happens along the way. I used to get caught up in what I thought was the right move and what other peoples opinions were about what I was doing. You job as an artist is to be an artist and to try and be as authentically that as you can.
Who do you write with the most?
When I first moved to town I really didn’t write much with anyone I just wrote alone a lot. There are good parts of that but you also don’t challenge yourself as much when it is just you up in your own head about however your are feeling.  I wrote a lot more with just raw emotion back in those days; I write with a little more purpose now. Lately I have been writing a lot with a writer and artist named Ben Chapman, and also Matt Daniel. We have churned out some badass tunes as of late and we really vibe well together and they are some God damn solid dudes.
What does your songwriting process look like? It is more rehearsed, or spontaneous?
I used to never even write down lyrics. I just would voice memo ideas and create them that way.  Now since I write and co-write much more I start sometimes with a title or an idea or a lot of times I have a guitar melody that evokes a certain feeling and get the idea from there and then try and build the bridge while your are walking on it.  Listen to what is happening as much as you are creating it. More rehearsed than I have ever been lately but I will always be spontaneous. Much more in the sub-conscious than the conscious  in most situations.
Be sure to check out Nate’s new project The Nutthouse Sessions as soon as it available (Which depending when you read this might be right now)