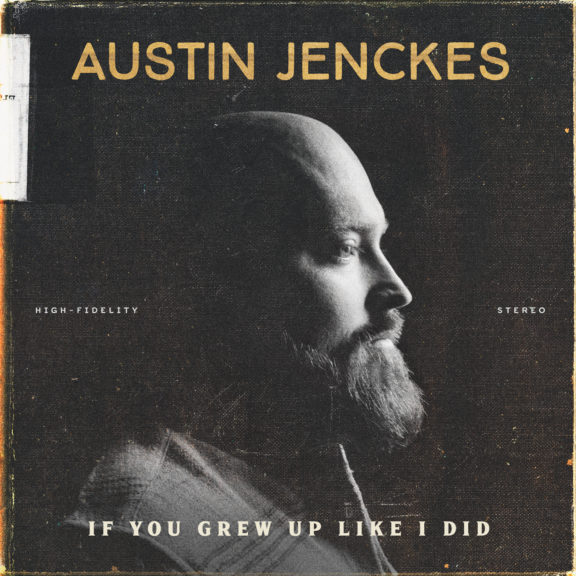 Coinciding with the release of his newest single “Fat Kid” featuring Lori McKenna, Austin Jenckes announced today that his new album If You Grew Up Like I Did will be available on May 31st.  To call this album anything less than highly anticipated would be a grave disservice to the passion that Austin puts into his music, and the overwhelming joy his fans get from it.  The Badlands Management artist, first tasting fame from The Voice, has parlayed his magnetic personality and vocal prowess into a handful of singles garnering millions of Spotify streams.

Whether he’s on stage with a full accompanying band, or allowing all eyes and ears to focus on just him and his guitar during an acoustic set, Austin radiates passion for his songs and appreciation for everyone willing to give his music a chance.  Before I ever heard a single note or song from Austin, I knew he was a special artist with a huge heart due to a single act of appreciation he showed me and my friends.  A few years ago he was opening for The Cadillac 3 at Cotton Eyed Joe’s in Knoxville. Austin came out and chatted with me and my friends in line and proceeded to feed us a huge plate of fried appetizers. It’s simple gestures like that, that stand out in the eyes of a fan and show the true character of the artist asking them to buy tickets.

It is, perhaps, the themes and imagery stitched into “Fat Kid” that forge an appreciation akin to that which Austin has with his fans.  Written by Neil Mason, Lori McKenna and the late Andrew Dorff at Lori’s house outside of Boston, the song at times seems as much cathartic as it does triumphant.  Light bouncing off a forge in the fire, a hardened exterior highlighting the “if you grew up like I did” theme that the stories in the song showcase.  Jenckes knew the song was meant for him the first time he heard it. “I started learning the song immediately after I heard it and after playing it in the living room 10-20 times I started playing it at my shows.”  Being able to have Lori McKenna on the song was just icing on the cake. “Shortly after the first mix Neil told me he was going to ask Lori to sing on it and honestly to this day I am still awestruck. I never thought that I would be able to sing on a song like this with someone I respect so much,” Jenckes told us.

Even though the song has some age on it, Mason, like Jenckes, knew it was something he had to go after as the song first took shape.  “”Fat Kid” came about on a writing trip I took to Boston with my good friend Andrew Dorff in the summer of 2015.  Andrew wrote a lot with Lori Mckenna and arranged for me to tag along and go write some songs at her house outside of Boston.  At the end of the first day of writing we had 2 songs and just before we left we were talking about ideas for the next day and Lori said she had this title “Fat Kid” and in my head I knew right away that we had to chase it.” 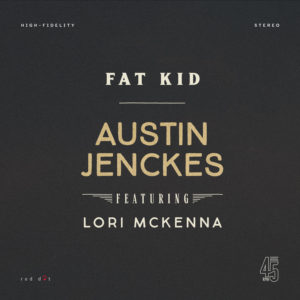 “If you grew up in a small town in a big world like I did.

We all had different ways we viewed ourselves, as well as our surroundings growing up.  Maybe you weren’t the fat kid, but for reasons out of our control, we all felt at some point that we were that kid. Jenckes was no different. Pressed for his own personal “grew up like I did” story he explains, “I have had all the “phases” that people talk about while growing up. I went from being a chubby kid that couldn’t run a lap or climb a rope to save my life to playing football and eventually being the captain of the offensive line and then my senior year I was voted homecoming king. I feel like there are versions of every person I have been in my life in this song. Because of those insecurities I also feel like I am still the Fat Kid sometimes and there are days where singing this song is the only thing that reminds me of how far I have come and also all the people that have gotten me here. Being left out or made fun of is something I think everyone goes through at some point in their life, but the trickle effect of those situations and mentalities are unique and delicate and I hope that this song shed’s some light on those issues in people’s lives.”

Even without his own rich backstory that seems painfully folded into this song, Jenckes has the voice and persona to give it wings and make it adaptable to any situation someone is in, or has gone through.  Mason adds, “Its not an easy song to be able to sing or topically easy to manage and I think its a testament to Austin as an artist that he was able to take it and make it his so effortlessly.”

More often than we care to realize, or for that matter, even admit…..it is.  The trials and tribulations of this limited number of spins around the sun game we play can be uplifting, depressing, and everything else in between. We own each moment we live and how we embrace or confront those moments is how we define ourselves.  When we’re holding the cards we didn’t ask for, Austin gives great inspiration; “I would like for everyone to know that it’s okay to not be okay. Even when you don’t know why.”

Listen to “Fat Kid” for the first time to get a feel for Austin’s voice and range.  Then, listen a second, third, or even fourth time to be moved by the message and know you’re doin’ okay.