Cole Taylor reminds us to stop and ride the dirt roads 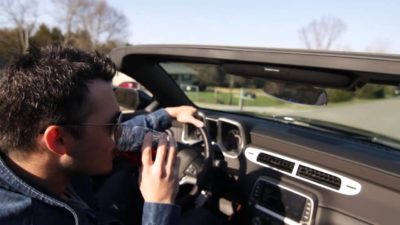 Sometimes life just goes by too quickly and oftentimes we lose touch with what is really important. Sometimes we even get a little sideways and make a few wrong turns. But in Cole Taylor’s latest single, “Ride Down a Dirt Road”, he reminds us that those wrong turns make us who we are and that sometimes slowing down to smell the roses or, as he puts it, live life like a, “ride down a dirt road” will get our compass back pointing north.

With a catchy melody and meaningful lyrics that can resonate with anyone who is from a small town or anyone that has a desire to slow things down, “Ride Down a Dirt Road” is just the song that can put things back into perspective. When we chatted with Cole, he gave us his take on the song saying, “I think in a world of hurry up and grind and what’s next that sometimes we (me included) forget to slow it down and live life at the pace an old truck down a dirt road is supposed to go and that’s slower than you would on a six lane. This song is just my twist on slowing down and living a little bit and knowing it’s alright to be a simple man riding around.”

Anticipation for Cole’s next release has been high seeing as he is one of the artist’s that sparked my genuine love and curiosity for country music. Growing up in a small south Georgia town, it doesn’t take long for word to travel around when someone in the area is chasing their dreams and becoming successful. Around the time when Cole had just gotten cuts by Luke Bryan with “Home Alone Tonight” and Florida Georgia Line’s “Sipping on Fire”, Cole played an album release party at a bar in my hometown. At the time I was around 16 and not old enough to get in to see the show. But Cole met me outside in the parking lot and gave me a copy of the EP. I think it’s moments like that and songs like this that have fueled my love of country music and have had me always keeping an ear out for the next great tune.

And with warm weather and spring time right around the corner, I’m always looking for a new song to add to my riding around playlist! With this one, I know there is a 100% chance that I’ll have it blaring with the windows down the next time I pull into Top Bait in Cole’s hometown of Cuthert, Georgia on my way to a Fightin’ Tigers game or a sunny day at Walter F. George.  Because after all life “is too short not to roll ’em down and take it slow…”