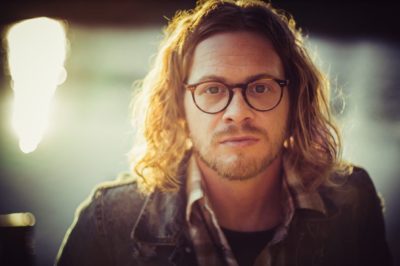 Kyle Daniel vaulted himself onto the scene in 2018 with his self-titled debut EP.  Not only did it make our mid-year and year end lists of EP’s, it gained accolades from Rolling Stone on their “10 Best EPs of 2018 & 10 Artists You Need To Know“.

We were blown away by Kyle’s album upon our first listen and then came our first live show.  To say Kyle, bandleader Seth Renthrow and crew captivated us would be a disservice to the level of attention they command on stage.  You simply cannot look away.  That is why we have been so excited for the March 15th release of their follow up EP What’s There to Say.

We are so excited to premiere a very special song for you rowdies.  We could go on forever about this track and the entire new project (you will see another article on the album for its release) but for this one we will let Kyle’s words do the work.

Kyle broke down exactly where and what this song came from:

“This song was initially written to feel like a throwback anthem of the ’60s or ’70s when baby boomers were forced to go to war and discouraged to listen to rock n roll music. It’s kind of a kiss my ass, I’m gonna do what I want type of tune that anyone can sing along to. That sort of free-spirited, hippie-mentality that most of our parents had back in the day, I guess I’ve got now.  Gregg Allman has always been a huge influence of mine, so there are definitely a few musical nods to him and the Allman Brothers Band on this record. I grew up listening to all of the southern rock greats like Skynyrd, the Marshall Tucker Band, Little Feat, etc. I really feel like it has helped shape the way I write, record and perform music.  This was the first song that Seth Renthrow and I ever wrote together after meeting a few years ago. It was the beginning of what we would continue to do together in creating this project. I think we kind of got on a wavelength together and just hung on. We’re real excited for the ride!”

We are really excited to watch you and the guys on this ride too, Kyle.  Add them to the list of the bands you need to see live and will not be able to stop listening to once you do.  Without further ado. “God Bless America (Damn Rock n Roll)”