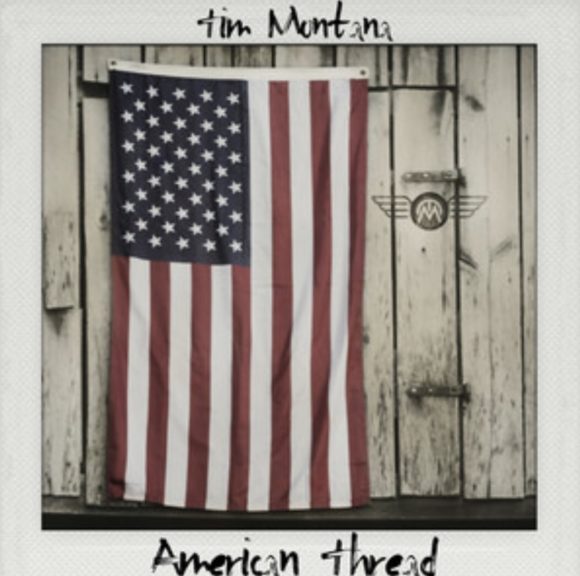 It’s no secret that we here at Raised Rowdy are big fans of Tim Montana.  I mean, who doesn’t like a guy that hangs out with Dave Grohl and Rob O’Neill (Google him) who can also smoke some serious meat on his Traeger grill all the while pumping out rockin’ hard core all-American redneck country? We recently received an email from a fan who needed to let us know what happened when he listened to Tim’s new single American Thread for the first time.  Some might say it’s fake, but we’re pretty sure our fans give us the authenticity of a crystal clear Bigfoot photo, so we’re gonna go with it. Read his account and decide for yourself…..

I’ve followed you for a few months after my friend Jackie told me ya’ll had the goods on the best new country music and she sure wasn’t lyin.  Thanks to you I now have “Jobe” tattooed on my arm.  It used to just say “Job” after my favorite biblical prophet, but I figured the Fortner guy was a musical prophet so I just had Earl over at Wings and Tats add an “E” to it.  I’m sure JC won’t mind too much.  Plus every tattoo comes with a free order of Caribbean Jerk flaps and there was no way I was turnin them down.  Flaps are life, ya’ll.  I scored some free Wifi at the Suds and Save on 3rd and Jefferson the other day and saw y’alls Instagram said to listen to Tim Montana’s new song American Thread.  Now I ain’t never heard of no dude with a last name of a state so I was sure skeptical but I still grabbed a pen and wrote his name on a matchbook and threw it in the basket with my clean Skynyrd t-shirts in case I got a chance to listen to it after Teen Jeopardy was over at 7:30.

So like always, I kicked some ass at Jeopardy and got out of my chair to heat up some Hungry Man tv dinners I got on sale at Piggly Wiggly when they were buy one get two free. Enchiladas for me, salisbury steak for my dog Max.  Those enchiladas with a side of refried beans were bubbling as I sat back down beside that old bird dog as he was lapping up his gravy so he could get to the brownies that came with his boxed dinner.  I cracked my first Miller High Life of the night and poured a little into Max’s bowl to wash down his steak with.  Now he used to be a bird huntin, MGD chuggin son of a gun but age caught up with him and he can’t handle the hard stuff anymore so a little bit of the Champagne of Beers every now and then is all he can handle. Come to think of it, it’s really all I can handle anymore too after that incident at Dave’s Saloon.  They tell me the mechanical bull still leans a little bit to the left and the fish guts have mostly worn off but Dave still won’t return my calls.

I almost tossed this email after reading the first two paragraphs but I know life rolls a little differently in the south so I continued on…..

Now my wife Brenda still had a few hours left on her shift at the hospital so I figured I had time to fire up the old Pioneer speakers I salvaged from my ’89 Datsun I crashed a few years ago. I pressed play on that iPod touch to start American Thread and thats where things start to get a little strange.  This Montana dude starts singin about everything I love: gun racks, Copenhagen, roughnecks and 18-wheelers. Then he adds some screamin guitar and rockin vocals that sound like America comin straight from the pit of his stomach. I had to hear it again and again and cranked the volume a little higher each time I played it.  Brenda’s Mark Martin plates inside the china cabinet started to rattle and crack a little but they were super glued to the shelf so I didn’t mind.

Now I must’ve had the volume louder than I thought because when I finally heard the knockin on the front door the guy doing the knockin was pretty pissed.  Now ya’ll, I’m dyin if I’m lyin but standin on the other side of that door was the ghost of Ronnie Van Zant, a bald eagle and a case of Miller Lite.  I didn’t know what to say.  Ronnie and the eagle just walked right past me like they owned the place and took a seat at my kitchen table beside the speakers.  Ronnie dumped the beer on the table and the eagle took one of his talons and started punching holes in the bottoms of the cans like they were fixin to shotgun them or something! Ronnie turned up the volume as high as it would go while the eagle kicked back a chair for me and moved a beer in my direction.  So we keep jammin this song and shotgunnin’ beers and I was so caught up in the moment I didn’t even realize the music had given Max the energy of puppy and he had snuck a few beers himself.  As I’m holdin myself back from yellin at him for stealin beer I look over and see the bald eagle head bangin so hard that the feathers on his head start flying off!  Y’all ever seen a BALD bald eagle??? Ronnie is so caught up in the jam he doesn’t see any of this happening.  He just keeps bobbin his head and knockin down Miller Lites.

After this part of the story I crumpled up the email and threw it in the trash only to retrieve it later that night just to see how it ended….

As I’m crawling on the floor picking up eagle feathers and trying to figure out how the hell I’m gonna get them back on his head, the enchiladas from dinner start to rumble in my guts like a blown 350 big block.  Knowing what will happen if I don’t sit down, I find my seat and unbuckle my belt to release some of the pressure while we finish what’s left of the case of beer.  Now whether it was the beer, Tim’s voice, or so much America in one song, ole Max gets a little frisky and starts to hump my leg to the beat.  About the time I start to stand up to get him off my leg, a series of events I’ll never forget plays out.  It seems that old bat Doris from across the road didn’t care for the loud music and called the sheriff to investigate.  Ronnie heard the door knock and reached over and opened it for the sheriff as I stand up while forgetting to buckle my belt back up.  You can imagine the horror on the the sheriff’s face when he stepped into my kitchen to see my pants around my ankles with a dog humping my leg, a bald bald eagle head banging and the ghost of Ronnie Van Zant sitting at my kitchen table laughing hysterically.

Well, I better get going.  I only get an hour of Wifi a week and I’ve spent almost all of it typing this to you.  By the way, if any of your fans know a good lawyer who has experience with defending someone charged with desecrating a federally protected animal, please have them reach out to me.  I can send you the address of where I’m at.  I don’t want it public because Brenda would kill me if she knew where I was. She loved those Mark Martin plates.

You be the judge.  Tim Montana’s done some epic stuff (check his insta) but we’re not sure if his song has the power to provide a soundtrack to a night like this.  Listen below and let us know if you have a night as epic as this was.