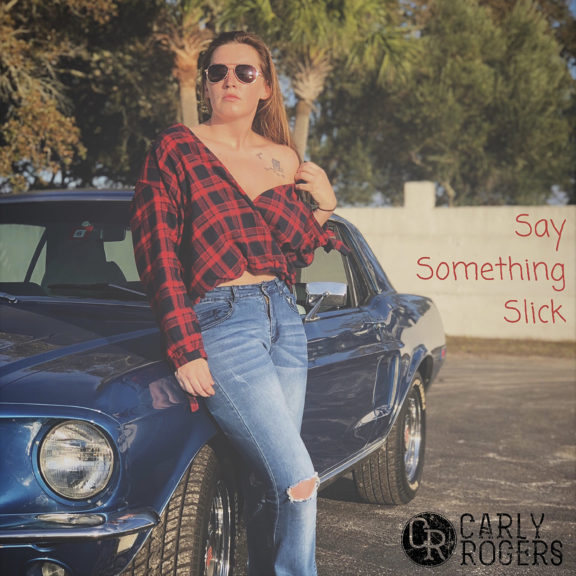 Carly Rogers is awfully ‘slick’ with her latest single 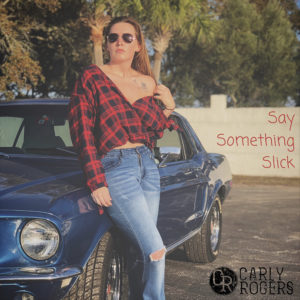 Every song starts with an idea. Many times those ideas are sparked from real life events. Carly Rogers’ latest single is one of those real-life, kind-of-awkward scenarios.

‘Slick’ is a word those closest to Carly would say she uses a lot. It’s a verb, adjective and sometimes even a noun, to her. So, the title of her latest single “Say Something Slick” that released today, is definitely the brainchild of Rogers and her closest friends.

The story behind the song is always fun to hear, but when it involves two of our favorite friends of Raised Rowdy, we tend to get really interested.

But first, let’s tell you about the song. This thing is catchy. And if you like love songs that don’t sound like love songs… this is for you. It’s tells a story many people can relate with, but the word ‘slick’ could be a noun or adjective — depending on how you decide to hear it.

I guess we need to know if there’s a comma there or not. Either way, this song is gonna have you singing the hook around the house randomly — trust us.

As Carly tells the story that inspired the song, she was at a writer’s round at Dawghouse Saloon on Demonbreun in Nashville, and one of the three songwriters kept making eye-contact with her.

That songwriter, turns out, is CJ Solar, who’s had hits such as “Airplane” and “American Girls,” but also co-wrote the smash hit “Up Down” for Morgan Wallen.

Rogers, though, was sure he was making eyes at her, and in her mind she thought (with plenty of sass, we assume), “If this guy’s gonna keep making eye-contact, he’d better come over here and say something, and it better be slick.”

Solar, though, is just one of those performers who likes to make eye-contact with his audience while he’s singing in order to better connect with them. Unfortunately, he didn’t come off stage and say anything to her. Rogers wrote the song and later met Solar, but says she was “too chicken” to tell him she wrote a song about it.

“I messaged him on Instagram! I’m an idiot,” Rogers laughed.