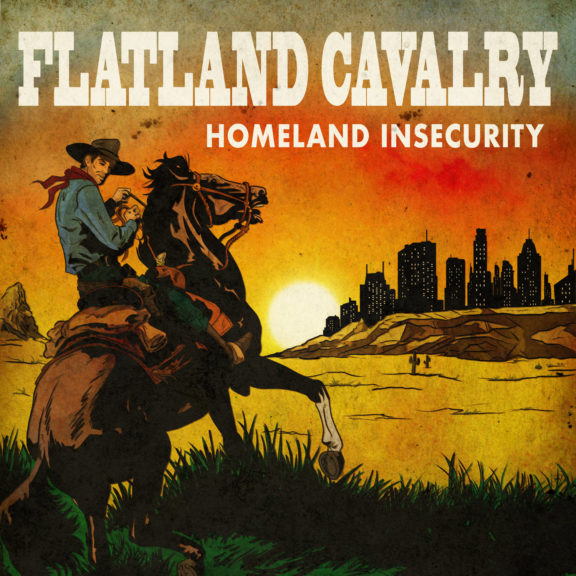 Flatland Cavalry’s smooth lyrics and soothing melodies are well known across the plains of Texas and Oklahoma. Their debut album Humble Folks garnered much critical acclaim. Their sound is firmly trenched in the red dirt genre that Texas and Oklahoma based artists often call home.

Their sound evokes comparisons to fiddle driven music like the Turnpike Troubadours, but Cleto’s lyrics end up being masterfully compassionate and thought provoking. The lyricism is what brings you back to their songs over and over again.

With credits to every track and only an occasional co-write from Reid Dillon and Kaitlin Butts, the album is truly a piece of Cleto’s inner soul. His mindful use of tone and wordplay give this project what we think it needs to garner mainstream country success.

Texas music fans have come to not only expect but demand authenticity in their music. Anything less and the music would be shunned. Cleto explains that the passion and dedication of Texas music fans are what really makes them special.  He broke down a few of his favorite tracks from Homeland Insecurity and what makes them stand out.

“Sleeping Alone” is the first song we’ve ever put out that solely acoustic. That was a fun one to record. Our producer, Scott, asked me to keep playing and singing while he was “checking levels” in the booth. He tricked me and was recording the whole time. So what you hear on the record is the first take of that song. It ended up being a good one so we used it for the record. Also, Reid T. Dillon has an earthy slide solo on there that feels like it sings you to sleep.

Another fun one was “Years From Now.” We asked some of our buddies in the scene if they wanted to take a swing at a solo at the end of the track. What you’re listening to during the outro is Josh Serrato & Steven Marcus (William Clark Green), Cale Richardson (Eli Young Band) and David Fralin (Josh Abbott Band) all trading solos, alongside our band.

“Pretty Women” is the first waltz the band has ever released. It ended up being probably the standout track on the album. It feels really organic and “live” sounding.

Each track of this project is truly special. It is one of the most complete albums we have heard in quite some time. It is going to be interesting seeing the national reception for this record as the Texas music scene blossoms and starts producing nationwide stardom to it’s top bands and acts. We think this record and this band has that type of success in their future.

“We’re routed all the way to New York in April, going through Illinois, Tennessee Pennsylvania and Washington D.C. We’ll also head back to the Pacific Northwest in June,” Cleto advised.

We, as a team, cannot wait for our chance to catch the band live. If they happen to come in driving distance to you be sure to make the show. The band may be Texas based, but their sound and music is powerful enough to fill the whole country.