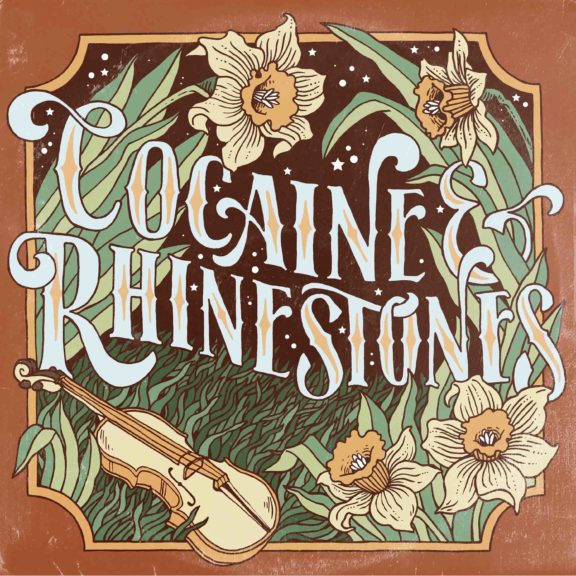 “Cocaine and Rhinestones” is the best damn podcast in country music

Most people are familiar with those two phrases, and that’s why it is inherently important for fans of country music to find and subscribe to the podcast “Cocaine and Rhinestones”.

Writer and producer Tyler Mahan Coe, son to country music superstar David Allan Coe, has set out to tell the history of 20th Century country music “and the lives of those who gave it to us,” as he says in his introduction to every podcast.

I know we at Raised Rowdy have our very own podcast, and it’s really cool. We interview some of country music’s rising stars, and that’s one of the best things about this brand. “Cocaine and Rhinestones,” however, is unique. Unlike most podcast hosts on music websites or other personalities, Tyler Mahan Coe is a storyteller.

His ability to take a story from hearsay because he’s “heard these stories [his] entire life,” and bring them to life with research and the truth is unparalleled. Tyler has taken the time to understand the stories he’s heard and find the roots of those tales, and then he has presented them to the world.

He’s completed an entire season of the podcast, which first aired October 2017, and featured podcasts about Ernest Tubb, Loretta Lynn, Bobbie Gentry, Harper Valley P.T.A. (a three-part series), and much more. The stories told in those podcasts are INCREDIBLE. The storyteller, also, is incredible.

One of my favorite episodes was about Shelby Singleton, who bought Sun Records from Sam Phillips and owned it until his death is 2009. Singleton was a monster of a character, and Tyler is able to really tell his story well. It’s the first chapter in the Harper Valley P.T.A. series.

Tyler also pulls no punches. He’s quick to tell you if he believes — whether it is his opinion or he’s found concrete evidence — when one of his subjects is lying. Take the Jeannie C. Riley episode for example. Tyler is able to find and point out blatant lies by the “Harper Valley P.T.A.” singer in the episode and the liner notes. (Pro tip: Don’t skip the liner notes. I did that at first, but the credits after the fact and the information given in those credits are invaluable.)

Without going through every single episode of the podcast, just understand that if you want to hear the real life story about Earnest Tubb getting drunk and trying to shoot Jim Denny, the Grand Ole Opry’s Director of Artist Services, in 1957 you’re going to want to subscribe to this podcast.

Tyler has stated he’s working on Season 2 currently, but also said it takes about 100 hours of actual work to produce one episode. Catch up now before the next season drops, though. There WILL be things happening or talked about in the next season that you won’t understand completely without having listened to the first season.

Any fan of country music — real, true, storyteller country music — needs to be listening to this podcast. There isn’t anything else like it, and the truth about these stories are actually better than anything you might hear secondhand from the folks who grace the halls backstage of the Grand Ole Opry house.