HomeArtistsSit Down, Have a Mimosa and Listen to Grant Anderson’s New Single

Sit Down, Have a Mimosa and Listen to Grant Anderson’s New Single 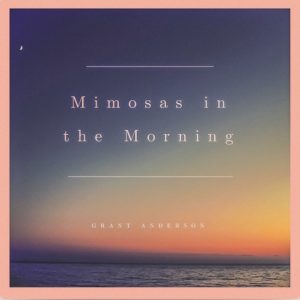 Country music in 2018 allows people to sing about more than just trucks, beer, and love and Grant Anderson took full advantage of that by releasing “Mimosas in the Morning.” This is Anderson’s second single and features the pop-country sound that is taking over country music. “It’s a really chill, laid back song. It’s got all kinds of musical elements. It’s rooted in country like all my songs but it’s got a really pop melody and production to it but with that country sound and lyrics. It’s not your everyday song you hear on the radio and it describes my sound because people are going to have a hard time narrowing it into one genre.” The single was released on November 23rd.

For those who don’t know Grant Anderson, he currently plays guitar for fellow country rising star Walker Montgomery, son of 90’s country legend John Michael Montgomery. When asked what he had learned from sharing the stage with Montgomery, he said that he’s “learned so much in this past eight or nine months of being with Walker. They took a chance on me. They knew I wasn’t the most experienced guitarist or artist but they decided to take a chance on me. Since I’ve been in the band, I have learned a lot about music and people in general. Walker has taught me how to be a performer and how to relate and talk to people. I try to learn new stuff every day.” It’s safe to say that the two are on their way to becoming well-known within the industry. 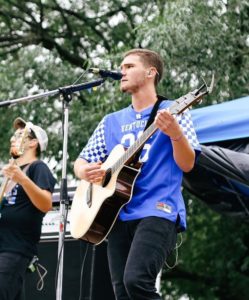 Music wasn’t always on Anderson’s mind. Until Anderson was in college, he played baseball, even playing at the collegiate level. It has often been said that sports and music are often seen as a way to bring people together, no matter the differences and Anderson couldn’t agree more.“It’s crazy how much baseball and music correlate with each other. If you look at a lot of the country artists right now, lots of them were former college athletes and for me, sports was my entire life until I got to college.” The feeling of being on a team also helped him become a better musician because “when you’re around so many people, you learn to work as a team and that translates to being in a band. Anytime you’re in a band it’s not just you, it’s a full team effort” he says.

With no plans on leaving Walker Montgomery anytime soon, his main priority is to be the best band member that he can be. In early 2019, you can expect a debut EP from Anderson. Listen to “Mimosas in the Morning” on music streaming devices and follow him on Instagram @grantanderson_music.