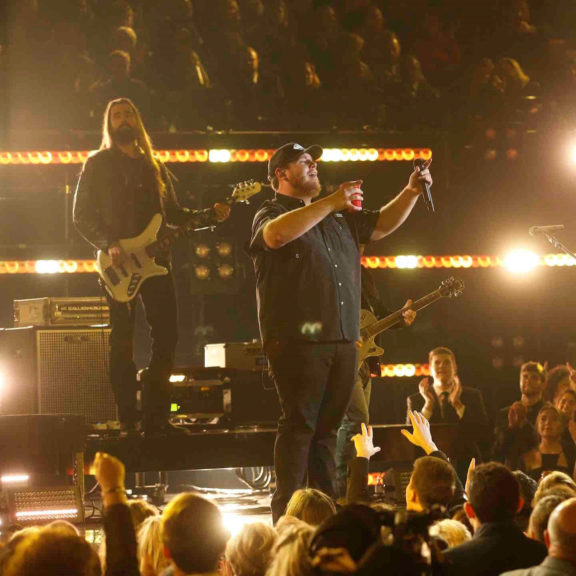 NASHVILLE, Tenn. — Luke Combs won New Artist of the Year at “The 52nd Annual CMA Awards.” The breakout artist also performed his four-week No. 1 single, “She Got The Best of Me,” on the live awards broadcast.

These milestones cap off a groundbreaking series of years for Combs following the release of his Platinum-certified debut album, This One’s For You, released on River House Artists/Columbia Nashville. Since its release June 2, 2017—75 weeks ago—the album has spent a total of seventeen non-consecutive weeks at No. 1, including thirteen weeks in 2018—the most of any album this year. Moreover, Combs is the first solo artist to score four consecutive career-opening No. 1’s on Billboard ’s Country Airplay chart with “She Got The Best of Me,” 3x Platinum “Hurricane,” 2x Platinum “When It Rains It Pours” and Platinum “One Number Away.” All four songs appear on the deluxe version of his debut album, This One’s For You Too, which is now available for vinyl pre-order. Arriving this Friday (11/16) the double LP features all fifteen deluxe album tracks plus two of Combs’ “CMT Crossroads” performances with Leon Bridges: “Beautiful Crazy” and “Beyond.”