This week’s Acoustic Wednesday comes to you from Tennessee native Wesley Davis.  We are going to let Wesley give you a little bit of his story and how this song came about: 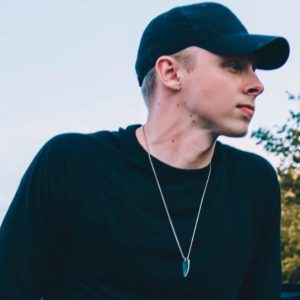 I’m Wesley Davis, I’m from Red Boiling Springs, Tennessee, and music has always been a part of my life. My dad played guitar his whole life, and I sang in church with my mom my whole life. When I was 9 I had my dad teach me guitar, and I was mainly just focused on guitar at that point in time. I finally started taking singing seriously around 13-14 and started writing and performing the same time. I really didn’t get a knack for writing till I was about 16.

I knew from around age 15 I wanted to pursue a career in music as an artist, but I wasn’t really sure how. That brought me to MTSU after high school to major in Commercial Songwriting. I’m in my senior year now and when I graduate I plan to move closer to Nashville. I’ve always been within earshot from Nashville, Red Boiling being an hour and a half away and Murfreesboro (where MTSU is) being about 40 minutes away, but it will be good to get further in the mix of it all when I graduate.

“Never Left Me” is the third song I’ve released. I wrote it back in 2016 by myself. This was before I started cowriting much, and this song came from a moment of pure inspiration. I was in my second semester of my freshman year at MTSU and I was leaving a test. Out of nowhere my ex from my hometown was walking towards me on the sidewalk. Keep in mind, she does not go to this school. As she was walking towards me I was a little freaked out as to why she was there. As she got closer, I realized it wasn’t her, but in that moment I heard “Never Left Me” playing in my head. So I sprinted up to my dorm which was conveniently right beside the building I was leaving, and wrote the song.

Later the next year I decided I wanted to record it. I recorded “Never Left Me” with Michael Mechling and Foster Ferrell at a studio called 4115, and now it’s out. There’s an audio video with it, a lyric video which will be released in October and a music video which will be dropping in November. I hope y’all love this song as much as I do. Tell me what you think about it and come out to a show or round! You can find everything of mine at www.wesleydavismusic.com