Deep in the mountains of Southeastern Kentucky, a love for traditional country music runs rampant. This same love was introduced to Wolfe County native, Tyler Booth. From an early age, Booth was raised around music and learned the importance of hard work and perseverance through struggles. “I was never very athletic or anything, so I just ran with singing” he says. After scraping through high school with a less than desirable report card, Booth turned it around when he was accepted into Morehead State University, where he auditioned for a music scholarship. After receiving said scholarship, his career took off from there. “I guess I kinda stuck out in my class because of my style. The other folks were more bluegrass sounding and I had that outlaw classic country sound to me that not many others had around me.” 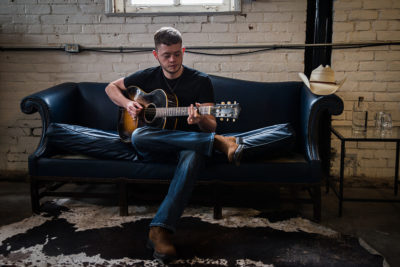 This outlaw sound would become more popular as he built a following all throughout Eastern Kentucky, eventually releasing his self-titled EP in 2017. Single “Hank Crankin People” sticks out to fans not only in Eastern Kentucky but all over the country. This track relates to the blue collar working class and gives listeners a glimpse of where Booth comes from. “My sound isn’t over-complicated, it’s relatable and modern and ultimately it’s just good country music. I write music that’s relatable to the blue collar workers, the cowboys, and the honky tonkers” Booth says. This EP has some kick-ass boot stompers but also has a slow love ballad “Surrender” that will put any listener in their feels.

As you can imagine, these boot stomping songs on Booth’s EP sound even better live because of the energy he presents on stage. “I just try to put on a good show and sometimes people accuse me of being wild on stage and I don’t do it any other way” he says. Booth recently posted a picture on an Instagram story that showed his Gibson acoustic with blood splattered near the sound hole from playing so hard. This is just one of many examples of the fire that burns inside of Booth to be great. 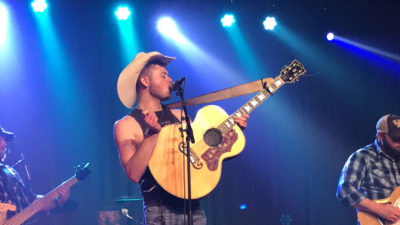 The 21 year old has found quick success, including a gig with on Brantley Gilbert’s Kick it in the Ship cruise with a star studded lineup that includes Gilbert, Luke Combs, and Michael Ray. This quick success does not mean that Booth is rushing to seek stardom. “Lots of people ask why I haven’t signed a record deal yet but why would I? I’m 21 years old and I’ve got plenty of time. I’ve talked to the labels and they’ve come to my shows but I don’t feel the need to rush anything. I’m not desperate to sign a deal, I’m surviving and making a good living. I’m paying my bills and playing music” he says.

No matter how old you are or how long you’ve been a fan of country music, Tyler Booth’s voice and lyrics will knock your socks off and will without a doubt be on every country radio station in the near future.