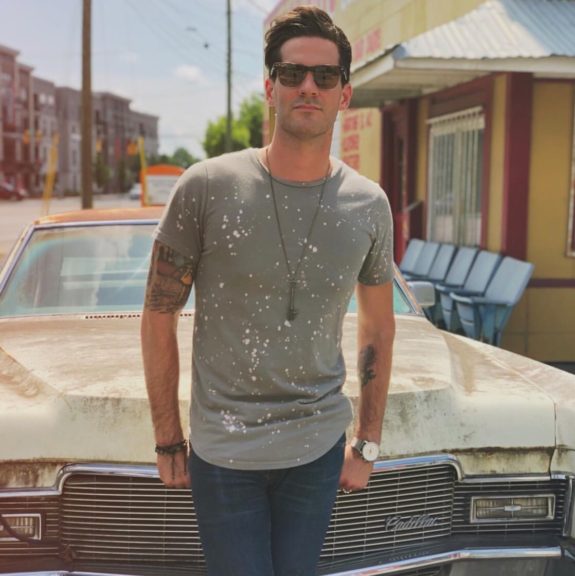 Stephen Carey has come a long way from his trip to Nashville as a tourist to see the sights and sounds in 2011. The Jacksonville, FL native now calls Music City his home. It’s also where he’s teaming up with some Nashville natives to hone his craft and make his own unique mark and sound on the city that’s the pulse of country music. Riding the success of his wildly popular first single “Summer Cool” which has now surpassed 3 million Spotify streams, “Wrecks Me”, produced by Mat Sherman, and written by Ryan Hurd, Neil Mason and Zach Crowell, shows a different side of Stephen that is sure to resonate with listeners just as well. Once you read Stephen’s interview and listen to his new single that dropped today we know you’ll want to know more about the artist who Rolling Stone Country calls one of the “10 artists you need to know.”

We can’t thank Stephen enough for his time and wish him nothing but huge success as he paves his way down Music Row. Check out his interview and let us know what you think of the new single!

How young were your when you decided a career in music was your calling? Was country your first love, or do other styles of music claim influence as well?

I was 18 when I decided I wanted music to be my main thing. I got my first guitar at 11 and joined my first band at 14. By 18, a few bands later, I realized the value in the experience I’d already gained by having countless rehearsals, playing shows and everything that comes along with that – gear, merch, travel etc. Country music is the first and only genre I’ve been inspired to sing myself. While I was raised on classic rock and pop, country is where I truly found my voice as an artist and songwriter.

When did you decide that moving to Nashville from Florida was the right move for you?

I first visited Nashville in 2011 as a tourist to come see music city and loved it. I knew it made sense to be in Nashville as a country artist but I didn’t know anyone here and I’d never lived anywhere other than Jacksonville FL. I started saving up and visited a few more times for writing sessions and to play shows. I pulled into town permanently the summer of 2014.

How did you end up meeting Neil Mason, and what have you learned from him about Nashville and the industry as a whole?

I met Neil through my producer, Mat Sherman, who co-wrote and produced Summer Cool. Mat and I had been developing my voice together for a while with tons of vocal production sessions and demos. Eventually, Neil asked Mat about me and kept coming back to Summer Cool. So, the three of us talked about working together to see where it could go. I’ve learned and continue to learn so, so much from both of them as veterans from different ends of the spectrum. Neil’s knowledge and reputation as a Nashville native and seasoned, skilled and successful touring artist and songwriter have been an incredible asset through this journey, providing invaluable insight from his years of first hand experience with the ins and outs of the industry.

The current country music landscape is made up of many subcultures and genres. How would you describe your sound and where do you see yourself fitting into the grande scheme?

I’d describe my sound as a radio ready blend of country rock and country pop. We have more fun and happy stuff like “Summer Cool” along with some darker and moody songs as well. After developing my sound with Mat and Neil, we knew we had something special with high potential for mainstream success.

“Summer Cool” was obviously a huge success for you. At over 3 million streams and counting, what do think resonated with people that made them keep coming back for more?

I think it’s resonated the way that it has because the vibe fits the lyrics. There’s a laid back swagger to the track and the content of the song. The unique aspect of the sonic quality of Summer Cool right off the bat is what might grab you as a first time listener though. That stark 808 beat with a banjo riff isn’t something you hear everyday but as you get to the chorus and the rest of the song, it’s just catchy and fun to listen to.

What do you hope listeners get out of the new single, “Wrecks Me”? What does this song mean to you as you continue to grow as an artist trying to get more of your foot in the door?

My hope with the release of Wrecks Me is to give listeners a look at another side to me as an artist. With my first release being a beat heavy summer song, I wanted this second release to show off the stadium country rock side of my sound. We have an album worth of songs cut but if you only heard Summer Cool and Wrecks Me you would have a good idea of what you would get out of an EP or full-length record from me.