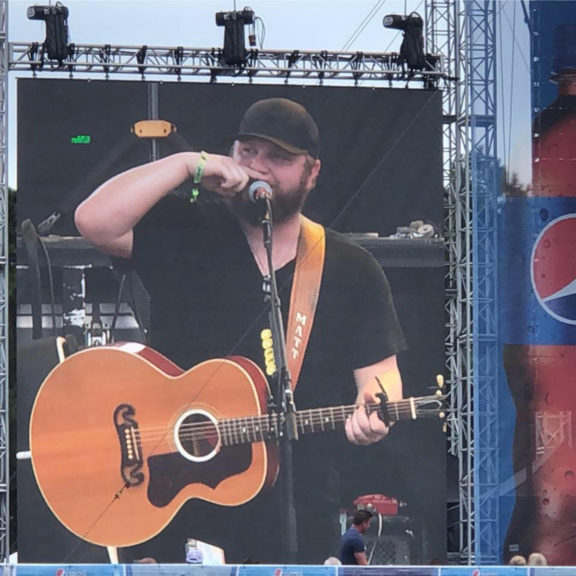 When it rains, it pours. So says country music star Luke Combs, at least. In the case of the up-and-coming voice of Matt Bennett, the same can be said. 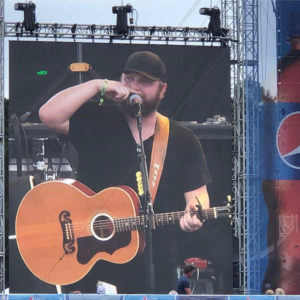 Riding the wave of the his song “Mustache”, which recently became the most streamed song of his career in just two months, Bennett found himself on the same stage as Eric Church, Thomas Rhett, Brett Young and more. Following a regional contest win, Bennett competed for the Southern Original spot on the lineup of Pepsi Gulf Coast Jam in Panama City, Fla., where he won the competition.

“Getting a chance to stand on that stage where artists like Eric Church, Joe Diffie and those guys is surreal,” Bennett said. “It was a complete dream come true.”

A native of Kennesaw, Ga., Bennett has spent much of the last 10 years in Birmingham since his graduation from Samford Univ. In that time, Bennett has become a regular performer in the metro area. Now that his original music is beginning to see success, the wheels are turning — literally. Bennett has upcoming shows in St. Louis, Columbia (SC), Charlotte and Huntsville, along with his Birmingham dates.

“When I go to a venue and someone in the crowd is out there singing my songs back to me, there’s not a better feeling than that as an artist,” he said.

“Mustache” has nearly 50,000 streams across all digital platforms. The 90s-country vibe similar to that of Confederate Railroad and Sammy Kershaw has related to his fans more than any song. It’s been placed on a number of industry playlists and featured on several country music websites. Recently, the song was on the Backyard Country segment of Atlanta’s 94.9FM country music station as well.

“That song is one of those fun, up-tempo tunes that everybody can have fun listening to,” Bennett said. “I’ve got so many other songs that are serious and hard-hitting, but ‘Mustache’ is a crowd-pleaser, and I’m so happy I was able to cut it.”

Mustache is available on all digital streaming platforms. For more information, visit MattBennettCountry.com.