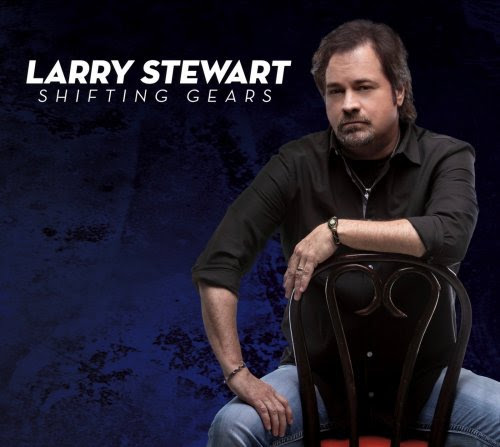 The 90s country band Restless Heart will always be one of the greatest bands of all-time. Their 5-part harmony is second only to The Eagles, and one of the main reasons was lead singer Larry Stewart. 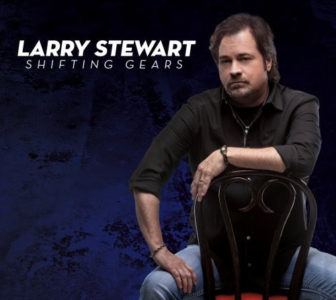 Stewart still travels and performs with his band mates from country music’s most popular decade, and he also performs with two other lead singers from the era, Tim Rushlow (Little Texas) and Richie McDonald (Lonestar), called The Frontmen. The group even performed at President Donald Trump’s inauguration.

Additionally, though, Stewart is peddling his own solo project, Shifting Gears, releases Sept. 7.

“I got the chance to work with legendary musicians, world-class artists, songwriters, engineers, and producers on this project,” Stewart said in a release. “To be given an opportunity to make new music is a gift. To get the chance to make a new full-length album is amazing. I had some songs. I wrote some new ones. I even covered a couple that I’ve been wanting to sing for a long time.”

Among the cover tunes is Charlie Rich’s classic “Behind Closed Doors”. Stewart’s smooth tenor voice gives the song a softer touch than Rich’s powerful tone. That soft tone works wonders in the verses, but not so much in the chorus. On top of that, the electric keyboard doesn’t quite have the same effect on the song as Rich’s piano gives it.

Speaking of The Eagles, Stewart covers the iconic band’s “Victim of Love” on the album, and I’ll say this one is much better. The musicians on this track are fantastic. The rock guitars and drums are perfect, and Stewart nails the vocals as if Don Henley were there coaching him through it. Ironically, “Victim of Love” was written by the group as a song to try and distance themselves from “country rock.”

The best parts of this album come from its lead single and first track, “What’s That Cowgirl See in Me” as well as “If it Wasn’t for the Radio”, which was coincidentally the single released by The Frontmen supergroup.

“Cowgirl” is a classic country love song about (sorry, Clay Travis) outkicking your coverage as a man. It has a classic Restless Heart 90s country sound, and it’s a signature sound for Stewart. Sticking to that style is definitely his comfort zone, and it shines. In the same breath, “Radio” is one of those songs that sounds more like a Lonestar hit, but Stewart is still right in his wheelhouse with those story songs.

Other songs that fans of classic Stewart will enjoy are “Where the White Line Goes” and “Cry”.

I’ve saved my favorite song for last. “Trains” is one of those generational songs. This is the song I would choose to let people hear if I had to choose one song from this album. Just a perfectly timed song with Stewart’s vocals being the icing on the cake. The guitar sounds of train wheels, mandolin undertones and lyrics that hit hard.

“Why you pulling out in your car? Spinning tires heading down the boulevard/

You know getting gone don’t seem so hard when you can go so fast and so far.

Why doesn’t anybody leave on trains anymore?/Like some old movie scene/

Star on the big screen running down the platform/’I love you baby, please come back/

Would stop that train in its tracks./Yeah, you’d get one more chance before they close that door./

Why doesn’t anybody leave on trains anymore?”

So true. Those old movies where the woman leaves but can only go as far and as fast as the train would take her. Man, what a song. It definitely left me happy I got a chance to hear it.