HomeCountry MusicJackie Lee new Single “Comeback” will give you all the feels.

Jackie Lee new Single “Comeback” will give you all the feels. 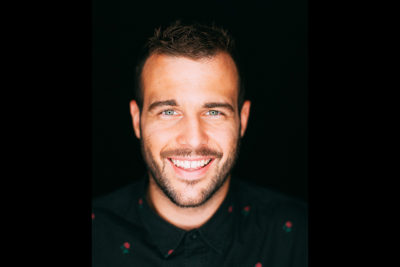 The backbone of country music revolves around the telling of a story and the connection made with an audience in a three minute time interval. The tools they have to do this: a catchy melody, two verses, and a chorus.

The beautiful thing about country music, the part that is what I believe to be the reason so many people chase this crazy dream, is the fact that when all the pieces fit together, those three minutes can be life changing.

And Jackie Lee is one of those artists that produces those types of songs. Jackie stunned the music community when he released his song “Long Year” which detailed unimaginable obstacles and heartache that he had surmounted in the past year. This song no doubt offers fans a unique glimpse into the personal struggles that many people tend to hide. This made Jackie not only relatable, but a companion that people can grasp onto when facing similar struggles. Just like Jackie and his music make it so easy to relate to hard times, he can with the same intensity offer new hope. That can be seen with his current single “Comeback”.

This song was originally cut by Kane Brown on his debut album, however, Jackie Lee breathes new life into the song with a sound that showcases arguably one of the best vocalists currently in the music industry.

“Comeback” offers a hopeful glance at the story of two lovers meeting by chance after a half of a year of separation. The songsmiths, Mark Fuher, Josh Hoge, Matthew McVaney, and hit artist himself Chris Young, take you on the journey of a possible rekindling of feelings. With lyrics saying, “We were on top of the world people wanted what we had. We could have it again…” how could you not wanna comeback?

After hearing this song and Jackie Lee’s story live at the Listening Room, I am all in. It is so apparent that Jackie Lee is not making a comeback. He is just beginning a career that will impact so many lives.

God has big plans for you, Jackie Lee. Thank you for sharing your story with the world.