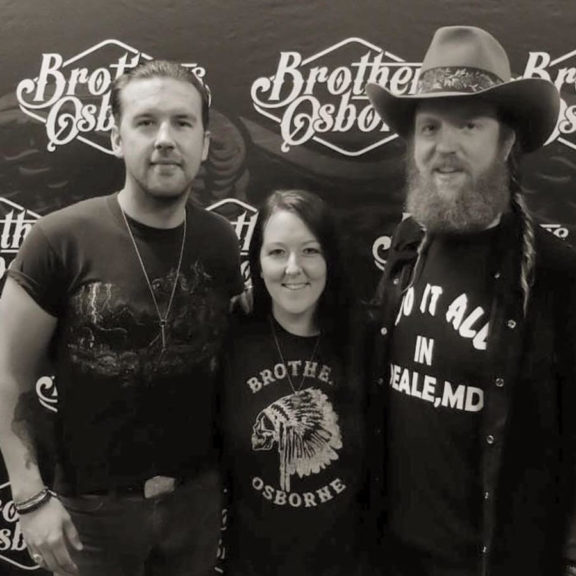 A bit of editorial honesty, if I may.  The first time I saw the Brothers Osborne perform, I arrived to the Dusty Armadillo halfway through their set of opening for The Cadillac 3 not knowing who they were. I’m fairly certain, though, there were a lot of people in attendance that winter night in 2014 who weren’t totally sure who either group was. My how things have changed in just four short years for TJ and John Osborne.  A slew of awards, legions of fans and industry acclaim have them destined for greatness after what seems like such a short foray into the Music Row scene.  I could go on and on, but thankfully, our girl Katie Taylor can tell their story much more vibrantly as you’ll see below.

How many times have you seen them perform?

When did you first become connected with their music?

Honestly, the first time I saw them live I had only really heard their single at the time, “Stay A Little Longer” (I loved it!), but I hadn’t really heard anything else from them at that point. It was at that show I fell in love with their music. They were so amazing live that when I got home that night I purchased tickets for their show that January that had already been announced at the House Of Blues in Orlando.

When and where was the first time you saw them?

I saw them open for Miranda Lambert September 10, 2016, in West Palm Beach, Florida. Still wishing I had bought a poster from this show, crossing my fingers to one day getting my hands on one!

In your opinion, what traits do they both have that identify them as brothers?

Other than both being 6-foot-4 and crazy talented, they’re genuinely nice guys. Actually, their whole family is. I’ve had the pleasure of meeting quite a few of their family members, and they’re all so nice and super down to earth.

Conversely, what distinguishes them apart?

Other than John’s badass beard? I mean, honestly I really don’t know them personally as well as I’d like. I’ve met them plenty of times but for the most part they do seem a lot a like, maybe it’s because there together basically all the time.

How do you feel their music has changed from Pawn Shop to Port Saint Joe?

I think overall their music didn’t change all that much. Port Saint Joe has a little more laid back kind of feel to it but both albums have similarities because they both have some slower songs, songs about alcohol and some killer jams with amazing guitar solos. Both albums Pawn Shop and Port Saint Joe are truly works of art and I could listen to them both on repeat everyday.

What have you learned about them after seeing them so many times and talking with them?

Just the fact that they both are the nicest and humblest dudes. John is one of the best guitar players hands down that I’ve ever seen and TJ has one of the most incredible voices I’ve ever heard. Also their band is killer! Jason, Billy, Adam and Pete, I always enjoy seeing everyone. Also when they’re playing a show and they’re headlining, they always have a set list but they usually come out and play an encore and will ask the crowd what they wanna hear and usually play people’s requests. Usually their own songs but also covers too.

Whats been your favorite concert so far?

That’s such a tough one because I’ve been to so many. My most memorable one was probably July 15, 2017, in Jefferson, Wisc. I drove up from Nashville and met a few friends who lived in that area I met earlier that year at a few other shows. We were front row and it was one of those nights everyone was really having a good time including them, they played forever. Then at the end of the show they had myself and friends on their bus and we got to hang out with them, have a few beers and shoot the shit for a while. It was one of the coolest things and just really shows you that they love and appreciate their fans. It was great to actually have a conversation with them because even though I’ve been lucky enough to get as many meet and greets as I have, they always go so quickly and are over in just a few seconds and you don’t really get a chance to say much to them. 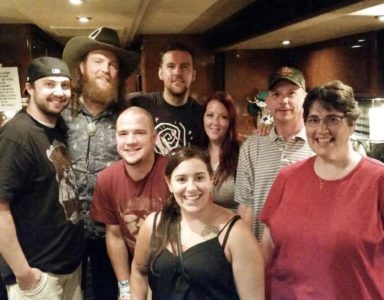 You’ve got 10 Bros songs you can take with you on a road trip.  What are they?

Oh this is such a good question because I’d take all of them! However If I could only take 10 I’d probably have to say :

How do you see their music fitting in with the current state of music in Nashville and country radio in general?

Honestly, I feel they don’t get enough radio play. I watch the charts and see them ever so slowly go up a bit every week, but currently “Shoot Me Straight” is 26 and has been on the charts for 26 weeks. I feel like their music isn’t the main stream country these days, no offense to any other artists but what people classify as country these days sounds more poppy. I wish their music would get played more. I like Brothers Osborne music because it’s more traditional. Their music is raw and they don’t follow any rules and they take risks, which is super rad.

Is there anything fans or listeners wouldn’t know about them that you wish they would?

I feel like they’re kind of an open book. If you’re a fan and have watched any of their interviews then there’s not much that I know that other fans wouldn’t know. One thing I can say is that if you ever go see them live, just have a good time. If you know the words then sing along, get up out of your chairs, dance, get your hands up when they tell you and have fun. It’s more fun for them when the crowd is engaged and having a good time. In my experience if the crowd is having fun and they can feel the energy they’ll keep playing. I think at least one show I’ve been to they came out and played a 6 song encore. It was amazing! Something you may not know about TJ is he can play a mean harmonica. There was only one time I’ve ever seen him play it at a show: February 2017. They played “Atlantic City” by Bruce Springsteen and it was epic and TJ played the harmonica. There’s also a video of this on YouTube if you wanna see it. I wish they would cover that song more! 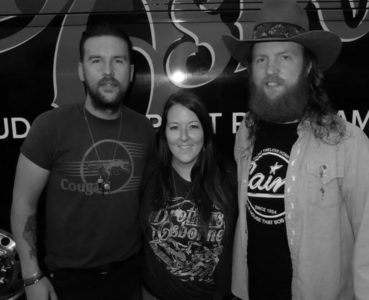 Many many thanks to Katie for sharing her insights and passion into what goes into being a Bros Superfan! Now, get out there and find some concert tix for one of the best live shows you’ll ever say you were at.