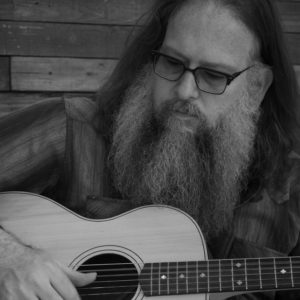 The hybrid blues-country sound of Edwards captivates audiences as soon as his powerful, raspy voice pierces the room. The single was released to all major streaming services on Aug. 3, and has garnered nearly several thousand streams across all platforms since its release.

Beginning at 7 p.m., Edwards will be joined by his daughter Cricket Davis and their band to celebrate the official release of the first single from Edwards’ upcoming full-length LP.

“We are so excited to be celebrating the release of this song at Whiskey Room Live,” Edwards said. “I enjoy playing for the people in Franklin because they really enjoy good, live music.”

Co-written by Edwards and Taylor Goyette and Tommy Cole, “I Ain’t Broken” is the product of an impromptu songwriting session.

“I had an appointment to write with someone else. Taylor and Tommy and I were hanging out talking and when the guy I was supposed to write with came in, he said the three of us should just write one. So we did,” Edwards said.

Edwards describes the song as having a “Merle Haggard-sound” and says he loves getting to play it live.

Tickets for the event are $10 each and are available through Eventbrite or at the door. Whiskey Room Live is located inside the King’s Bowl in Cool Springs, 1910 Galleria Blvd. in Franklin.