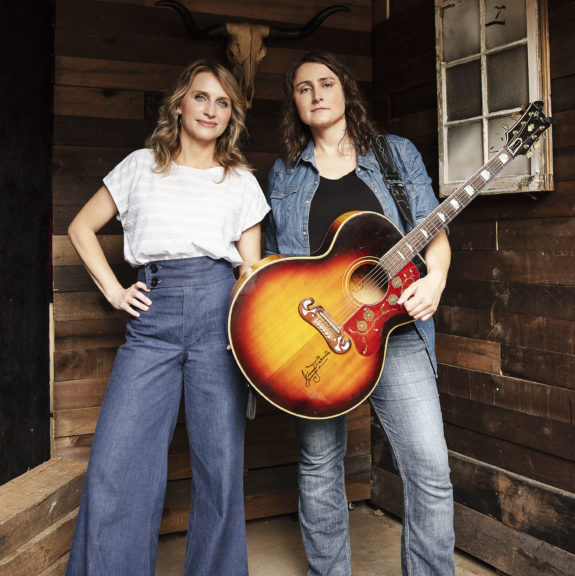 Family is one of those things that is so easily taken for granted, but one that you realize means so much to you as you get older. I can’t tell you how many things I have learned over the years from my siblings, including my passion for music. Looking back at those moments you have fighting over the bathroom or who gets to ride in what seat in the car become something that as you look back you cherish. 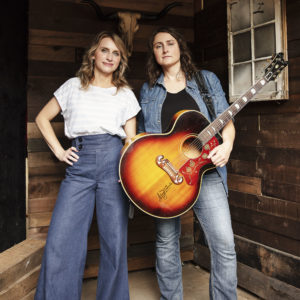 Erin Enderlin and Kimberly Kelly’s song “Bathroom Mirror” just got released and it is perfect timing. With National Sisters Day being today (August 5th) this is the perfect time to sit back and reminisce on the little things that make having siblings so special.

“There’s just something about this song that gets right to the heart of that special bond between sisters. This song makes me want to tear up every time, and call my sister immediately,”explains Erin about the songs ability to stir that nostalgic feeling.

Both artists felt super connected to this song so they decided to record this video to celebrate their sisters. Here is what each had to say about this song, and more-so growing up with sisters. “Both of us have sisters, and in reminiscing realized we connected on similar experiences between our sisters and ourselves— same arguments and same joys,” Kimberly explained.

“Sisters can bug the fire out of each other, but love each other to pieces at the same time! You know, like when your sister raids your closet and steals your favorite shirt, but she’s too cute in it to take it back haha,” Erin jokes. The video was filmed by Ryan Nolan and includes family home video from both Kim and Erin with their sisters.

So give this video a watch and a listen. Just know it is totally OK to shed a nostalgic tear while doing so.

About Erin and Kimberly:

Kimberly Kelly’s music offers a distinctive mix of contemporary and countrypolitan with a dash of humor and heart. She’s shared a lineup with icons like Radney Foster, Leon Russell and Willie Nelson and calls the legendary Billy Joe Shaver a friend and supporter. The Bluebird Café, Gruene Hall, and even the Grand Ole Opry have all welcomed Kimberly onto their stages. Kimberly’s forthcoming EP titled “Don’t Blame It On Me” will be released August 31st.