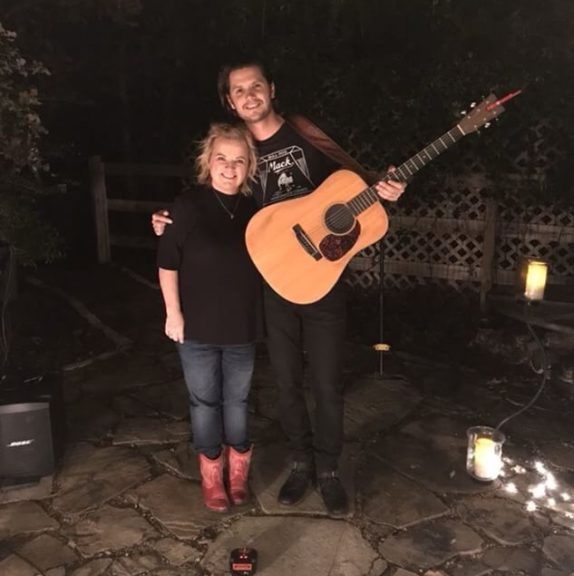 Ask any musician, athlete or actor how many times this has been screamed at them and they’ll ask you to grab a chair and a beer if you really want to know. We want those which we place upon a plateau to know how much we value what they do for us.  We really don’t want anything in return for holding “#1 Fan Status”, just a picture or autograph will usually suffice. Being someone’s biggest fan is usually purely subjective but in the case of Deb from Texas, we think she may actually lay claim on being Steve Moakler’s #1 fan.  As you’ll see in her responses, the connection she has with Steve and his music, coupled with the sacrifices she makes to see him perform set her apart from most superfans.

How many times have you seen Steve in concert?

*editors note.  Your eyes are not deceiving you, and no, that’s not a typo.  Deb has seen Steve perform an incredible 121 times.

When did you first discover him?

In 2012 Steve opened up for another artist I was seeing. This has never happened to me before, but I liked Steve immediately and felt connected to him.  I met him the next night and it was a done deal!  I started going to see him as much as I could, and then started travelling for him.

My Hometown show when Steve (and his wife Gracie) came to my house.  What an incredible experience!  Steve & Gracie pulled up in their camper Lucille, and we hung out while they set things up.  My show was a little unique because I had invited out of town friends that I had met through Steve.  He played an acoustic set and it was amazing!  It’s an experience I’ll never forget. Close behind that is my 75th and 100th shows.  Steve and his band made me feel so special.

Furthest you’ve travelled to see him?

I’ve been from Seattle to Orlando, and San Diego to NYC, and everywhere in between.  When I travelled to Seattle, the only way I could make it work was to fly there, get Uber directly to the venue, get Uber back to the airport right after the show, and then take a super early flight a few hours later!

Funniest story from the road?

I saw Steve the night before and was driving to his next show.  I needed gas so found the nearest exit I could.  When I pulled up to the station, there was Steve’s Sprinter and Born Ready trailer getting gas at the same place!  It was funny that they all seemed just as awkward and surprised as I was!  With over 100 shows, I’m shocked that’s the first time that happened.  I’ve got lots of stories, but this one still makes me laugh! 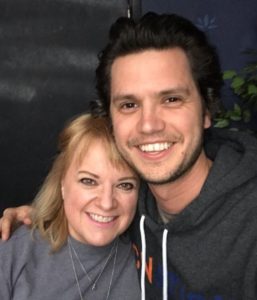 Connections/friendships you’ve made through Steve’s music?

Wow, what a surprise this has been.  Music is very powerful, and to share that common bond with like minded people is beyond special.  I’ve become part of this community and have made friends for life.  They truly mean so much to me and are a gift.  I love Steve and I love my music family!

Your take on how Steve is able to turn stories into songs in such a unique way?

Steve is sincere and honest, and that comes through in the type of musician he is.  He has an openness in his lyrics that draws the listener in.  He has a gift for painting a picture with his songs, but in a way where you then relate it to your own experiences.  It is very inspiring and one of the reasons Steve has such loyal fans.

Your thoughts on the new album, Born Ready?

This album is a journey.  Each song compliments the other, yet they are all strong enough to stand on their own.  The album has an array of songs that are so relatable.  They make you reflect, they make you smile, and they lift you up.  And all with Steve’s soulful voice.  In his own words on Born Ready – “It’s about closing the distance between where you are, and where you want to be.”

What you see in Steve’s future as it relates to his musical style?

Steve is an artist that will always stay true to himself.  His path has been slow and steady, but I think that suits him and will serve him well.  His heart and passion for music, along with his vision and wisdom is going to take him to the amazing places he deserves.

Anything else you’d like to include about Steve, his music, or anything else relating to him?

If you’ve ever met Steve, you know he is one of the most genuine people you could ever know.  He’s the type of guy that feels comfortable opening in front of an arena crowd; he’s the type of guy that will rock your Saturday night headlining at your local venue; and he’s the type of guy that loves his fans so much that he’ll play a show in your backyard.  Steve’s music and voice brings me comfort and so much joy.  He’s caring, inspiring, and his sense of humor will catch you when you least expect it!  I feel so incredibly blessed to know Steve. 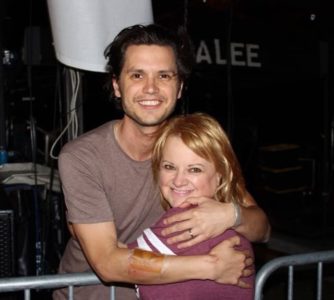 We can’t thank Deb enough for giving us some insight into what goes into being an artists #1 fan.  Look around the next time you’re at one of Steve’s shows.  There’s a good chance Deb will be there!