HomeCountry MusicCMA Fest 2018: What WE Saw

1. Riley Green is officially here in a BIG WAY. Last year was the year the star of Luke Combs began to rise at CMA.  Each show Luke played you could just see the energy in the room or the venue.  Much the same this year, Riley Green had the same effect on crowds.  From the Whiskey Jam (had to be) near capacity crowd  to the Swisher Sweet private acoustic show to the Park Stage Riley and the boys made good on creating and further developing fans. WE have said it before and I am sure will say in 100 more times.  Riley is the future and the future is here right now.

2. Speaking of LUKE COMBS. Can we tell you how crazy he made Nissan Stadium.  This boy had every single person in the stadium standing and singing. It was really a magical moment.  He truly gave everything he had the entire CMA Fest (His Fan Club show was top notch).  He might have even given too much that week as he got put on vocal rest directly after his packed week of shows. 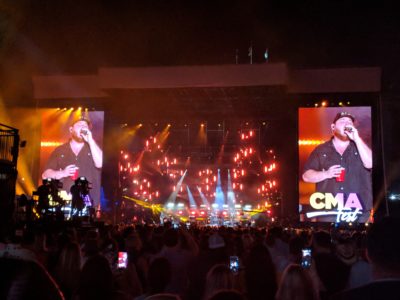 3. Bad ASS women are making a comeback in country music! You  might just have to look a little closer than Nissan Stadium, but the baddest women in country music SHOWED UP for CMA Fest.  Let’s make a little list for you guys. Hannah DAMN Dasher, Ashley McBryde, Lainey Wilson, Faren Rachels, Erin Enderlin, Kasey Tyndall and Meghan Patrick just to name a few. These are the next crop of females that are going to be beating down the front door of country music.  Get on the train now, it is already leaving the station. 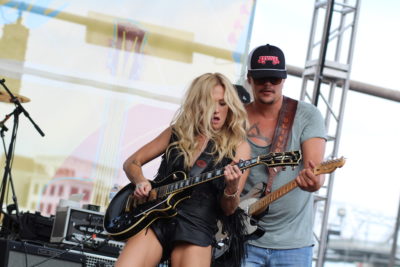 4. Whiskey Jam is worth getting to town early for.  On top of all the amazing shows at all the side stages (and Nissan Stadium) Whiskey Jam throws 3 can’t-miss days of shows on their outdoor stage. Whiskey Jam is not only the place to see and be seen all year in Nashville. They triple down for CMA Fest and absolutely kill it. 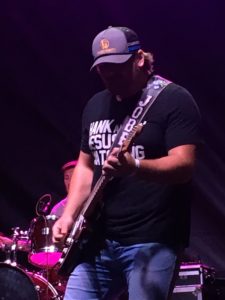 5. The songwriters are coming.  If you know where to look you can catch up with the best songwriters in Nashville all week. Using a couple of your HGTV entries to get into a songwriter round in their Lodge, or just knowing which acts to see on the side stages. You can really get a heavy dose of the good stuff. The realest thing in Nashville, the community that makes country music so great, The songwriters. 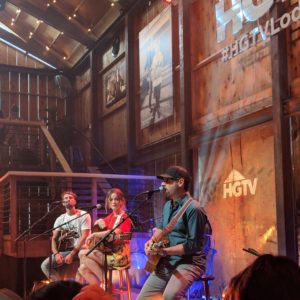 6. There is no stage too small.  So many artists have climbed up the ranks of country music so fast. DO NOT be afraid to catch an artist on one of the smaller stages or early in the day you might just find your new favorite artist. 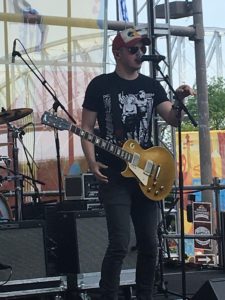 7. The Cadillac Three really is the baddest band in the land.  From the HGTV Lodge to the Riverfront, The Cadillac Three melted faces and took names.  This band has a cult following and after you catch them live it is easy to see why.  If you have not seen these boys play yet… Fix it and fix it fast. 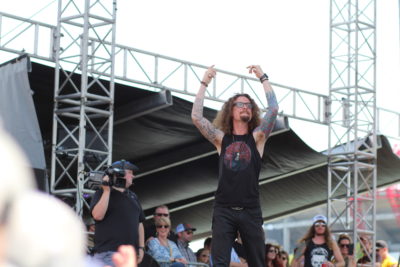