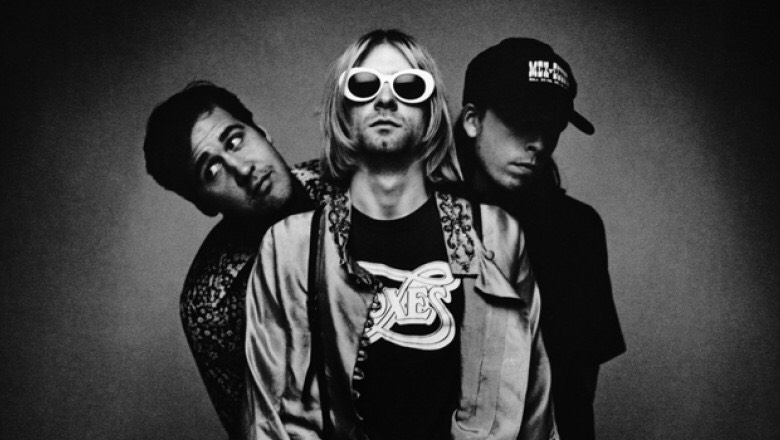 If you’re anything like us — we know most of y’all are — you spend a lot of time at shows, scouring Instagram and reading artists’ bio’s to try and learn as much about them as you can.

The more we research and talk with artists about influences, a name not so familiar to country music kept working it’s way into the conversation: Nirvana.

At first glance, you wouldn’t think the Seattle grunge pioneers led by Kurt Cobain would mesh very well with country music songwriting and performing.  Was it Kurt’s unique style of blending abstract words into musical pieces of art? Dave’s ability to hold the band together with perfect metronomic timing while destroying a drum kit? Could it be Krist’s goofy stage persona that masked a brilliant ability to lay down a rhythm that paired so well with Kurt’s screeching guitar riffs and voice that was sometimes maniacal as it was magical?

We were fortunate enough to be able to pick the brains of two of Nashville’s brightest up and coming singer/songwriters in Erik Dylan and Austin Jenckes to try and get to the bottom of this mystery. 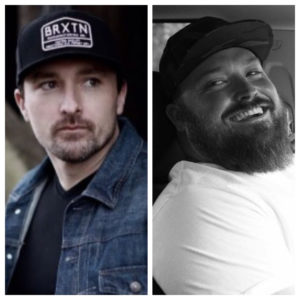 How old were you when you first discovered Nirvana? Was there a particular song that stuck out and drew you in?

Erik: I was in middle school. Nirvana ‘Nevermind’ was one of the first CDs I ever owned. Pearl Jam 10 and the Metallica Black album were purchased the same day.

Austin: I was 13 and had just joined my first band. We did “Heart-shaped Box” at the middle school talent show that year.

Kurt had a … let’s say, ‘unique’ ability to string together words that didn’t make sense until you sat back and kind of took it all in.  When writing your songs, do you ever get the same sense that your listener might get the same impression? And does that factor into the final result?

Erik: Kurt made total sense to me. He didn’t beat you over the head with lyrical motive, but was somehow obvious. That’s a gift.

Austin: I get the feeling that he was trying to make sense of his own thoughts and feelings and indirectly it happens to be that a lot of other people have those same feelings. Also, one special thing about his lyrics is that you don’t have to understand them to feel them. I think that’s a magic that happens very rarely. It’s random but also focused and that’s something I really try to do to when I’m writing. The end result isn’t always the same but I think it’s a more natural way for me to come at songwriting.

Nirvana’s progression mirrors that of so many groups from the 1990s clear up to today’s music: raw and unpolished with a message and sound to get out to evolving into a little bit cleaner and more produced sound and then eventually blending the two together. Do you ever see or hear that in your music? If so, is that a conscious decision or does that kind of just organically come out.

Erik: If I said I wasn’t influenced by Nirvana I would be lying. They were a staple of one of the greatest movements rock music ever saw.

Austin: I think it is a beautiful and very rare happening. I don’t think many artists will ever be that raw or organic in a commercial way. Right now I’m just trying to be less conscious about those things. I’ve learned that there’s a way to use both sides and that they don’t have to be such polar opposites in my creative process.

Kurt’s influence spans every single genre of music.  As a songwriter, why do you think his methods and style continue have an effect on writers to this day?

Erik: Because it was real.

Austin: I think there’s a duality when it comes to the question of why we write songs. We all do it for ourselves and we believe that it’s also in some way “meant to be” for someone or everyone else. The style that Kurt had was very unassuming yet really aggressive in how it hit your ears. I think that combination of being so stuck inside yourself and then having a mass amount of people respond to your truest expression is what we all want… I don’t think many creators believe that it’s possible as much as we want it to happen.  I really don’t know anything about how he wrote songs but it seems like he wanted and needed to do it for himself to be happy. I believe his music is an important reminder of why writing is more than just a clever or catchy song. Music to me is just a way to explain and represent emotions and genre can sometimes get in the way. There’s no better feeling than coming up with something simple but also extremely complex and having it feel honest and natural. All of those things are possible in songwriting and nirvana is proof.

Have you ever sat down with the intention of writing a song that listeners would know is influenced in some shape or form by them? If so, how did it turn out? Would we hear the influence without being told which song it is?

Austin: I haven’t specifically done so with Nirvana, but I did learn a lot of the guitar riffs as a kid, so I think sometimes that naturally might come out. Lyrically I don’t think I could ever attempt to write something like that without feeling like I was totally ripping them off!

Quick Hitters.
Favorite song:
Erik: Serve the Servants
Austin: Smells Like Teen Spirit
Favorite Album:
Erik: In Utero (because of Steve Albini)
Austin: Nevermind
Song you wished you would’ve written:
Erik: All of them
Austin: Lake of Fire (Meatpuppets cover)
Favorite Lyric:
Erik: In Bloom
Austin: “Where do bad folks go when they die, they don’t go to heaven where the angels fly. They go down to a lake of fire and fry, won’t  see em again till the Fourth of July.”

Kurt’s greatest influence on Country Songwriting:
Erik: Sturgill
Austin: I cant think of a specific song or example but I’d bet 9/10 times if you ask any songwriter in Nashville under the age of 40 whether they like Nirvana the answer would be “does a bear shit in the woods?”

We can’t thank Erik and Austin enough for taking time out of their busy schedules to lend us their insight into the influence Kurt and Nirvana have on today’s country music singer/songwriters.  We’d love to hear your thoughts as well! Oh and forcing Erik to take this time machine travel back to the 90s has inspired him to run out and buy a new pair of Doc Martin’s.  I may just have to dust off some of my old one’s as well.