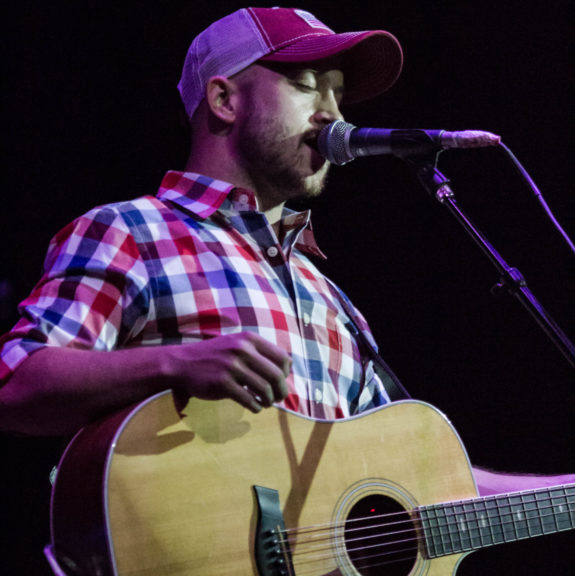 Dillon Myers shares his stories with us including why he is so proud to be a Texan.

Nick Tressler
Raised Rowdy founder; none of my ex’s live in Texas 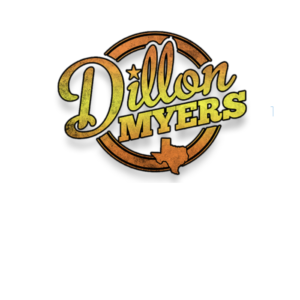 Dillon Myers was raised all over the place but one thing was consistent. His heart always lived in Texas. This singer/songwriter has a twist on the classic Texas sound and songs. He is one of those guys that you need to see live. He is well worth the price of admission.  We got the chance to get some of his time to lend us some information on his life, music and influences. Check out our interview.

Nick from Raised Rowdy: Tell us a little bit about growing up in Texas?
Dillon Myers: I was born in Dallas but before I graduated high school I had an address in about 10 ten different zip codes. I lost track of how many cities I’ve lived in now Not from a military family, just poor vagrants! I even went to Steamboat Springs High in Colorado for a bit. Ended up graduating in Frisco. My earliest memories are in Harker Heights, TX in a single-wide trailer with two parents who did everything they could to make it out but couldn’t make it work. I love calling this state home. You have every landscape, culture and attraction you could ever want packed into one border- except our beaches don’t quite hit Florida level aesthetic haha!

RR: Was your family musical? 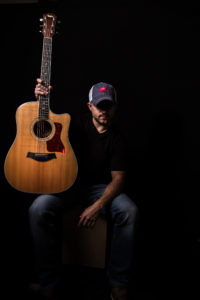 DM: My great grandmother was a piano player and teacher. Played every gospel song you could think of. My grandpa took lessons but never made an honest go at it. Outside of that, I’m the only one who even touches an instrument. Much less plays shows and makes money entertaining.
So you caught the musical bug and started playing shows. Tell us about that first show.
DM: I was 18 or so? I was going to school at UT-Arlington for my very first semester of college and decided to rush. The fraternity I connected with most, Pi Kappa Alpha, had their annual phila early on in the semester. The band cancelled and in a last minute hire, Cody Johnson was booked. I opened up for him in ’09 and it turned out to be an incredible resume booster. How many people can say “My first show was opening for a guy who sold out the Houston Rodeo.” Really neat to see his success.
RR: Explain what the difference between the Texas music scene and the country scene in other parts of the country is?
DM: Well I can really only speak from experience concerning two locations: Nashville and Texas. Nashville has an abundance of talent just like Texas. The difference being Nash is a writer’s town and we have a whole state of rabid fans that demand artistic integrity, coloring outside the lines and being a fresh sound. It’s a wolf-pack. The fans here are not afraid to speak their mind when it comes to bands/artists being cookie cutter and carbon copy. They’ll tear you up if you don’t give them something new.

RR: Name some of your musical influences. Specifically, some from the Red Dirt scene and some from outside.
DM: The best country writers and singers of all time came from this state. Willie Nelson? Check. George Strait? Check. Waylon, Billy Joe Shaver, Steve Earle, Jerry Jeff and The Robison Bros? CHECK! This is why we get so much crap for being proud to be from Texas- we just have the creme de la creme and a standard above any other place in the world for this music. New age Texas Acts? Gotta go with the living legends that are Pat Green and Randy Rogers. They helped push this scene into national recognition. Same with Jack Ingram. I like what they did and still do with a pen. My all-time favorite writer and team is Eric Church and the small circle of poets he runs with. Jim Croce being a close second followed by Jimmy Buffett. 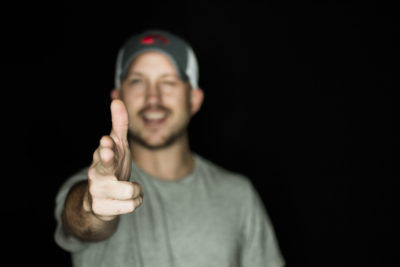 RR: Tell us about your album Little River. What inspired this record and what sound can people expect if they have not listened to it yet? How has your sound developed from your previous work?
DM: I committed to the album about a year after Creo in 2013. With the exception of two songs, all of them were written around 2013 but due to multiple set backs (including recording the whole thing twice) and financial woes, I wasn’t able to release it until 2017. Looking back, I wish I weren’t so dead set on staying course and included newer, more distinctive songs simply because my writing improved ten-fold from 22 to 26 years old. Hang Up Your Halo is one of those I decided to swap in. Anyhow, the album is titled after a small town I lived in where I found Texas Music, lifelong friends and my identity. The songs were experimental in the way of capturing a specific feeling and moment top to bottom rather than broad strokes and trying to appeal to everyone. I wrote it for the tunes for the 2,000 some odd residents in Little River. As mentioned earlier, Hang Up Your Halo highlights where I am as a writer now. Much more polished, engaging and able. I’m excited to get into 2019 with another album so I can properly display who I am as a complete writer. The new project won’t be hyper-thematic like LR.

RR: So, a few years ago you decided to change your life.  What lead you to that decision and how has it positively changed your life. 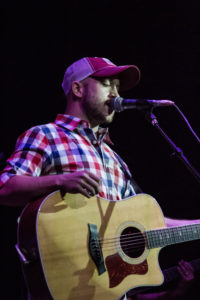 DM: Yep! May 20, 2015 I woke up and put the bottle down. My family has a plethora of legacy drinkers and drug abusers. I didn’t want to be a statistic. Much more than that, it was adversely affecting my personal and professional relationships, my abilities on the stage and my general well-being. I wouldn’t have a career or a productive life had I chose to keep drinking. I’m no 12-stepper and it was easier for me than most simply because I am so hell bent on proving myself right and doing what I say I;m going to do. It’s fun to watch the number go up. 1000 plus days at this point, I get around to checking the figure every few months.
RR: Where can our viewers keep up with you on social media and what kinds of information can they expect from you there?
DM: The challenge here is the spelling. D-I-L-L-O-N M-Y-E-R-S. I’ll have people go to my website, email me and still misspell it. How? I don’t know. I seem to have two names that have the most interchangeable vowels and consonants of all time. Back to the point, I can be found roaming Instagram, Twitter and Facebook. I’ll admit, I’m not the best at shoving content in everyone’s face. I always felt it was pretentious to bombard people with “look at me and how great everything is” posts just to stay relevant. Mostly, I put up good pictures from the shows, updates on future gigs and the occasional peak into my day-to-day shenanigans. My team is about to ramp up the content, though.
RR: Lastly, what do you want your legacy to be in the music industry?
DM: Writer’s writer. I’ll admit, I don’t have the strongest or most unique voice in the scene. But I can pack a punch lyrically and melodically. If you can do that and find just enough of a niche that YOUR voice is the only thing that can properly pair with the song, you got it made. I’d like to be a Texas Springsteen, Roger Miller or Jim Croce. An artist who has a catalog of songs you know after only three seconds of the track played. I’d like to be the guy with tunes so universal yet exclusive to me that when people cover them, they still feel lacking because the delivery and vocals can’t touch the original- Springsteen, Miller and Croce style 🙂

A big shout out to Dillon for taking the time to talk to us about his take on Texas country. He has a very distinct style of music and live show and we hope you love him as much as we do.