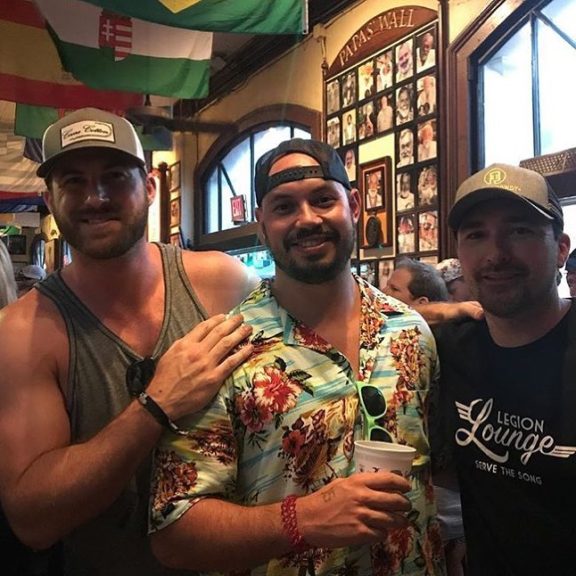 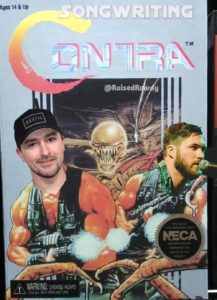 Anyone that grew up on Nintendo like I did knows what this code is for.  It gets you 30 lives on the game Contra. As weird as it sounds this code was a formative part of my life. Cheat codes are things that once you discovered them, it changed the game for you.  It was an easy way to have a way better shot at accomplishing your goal (beating the game).

So, my friends and I have this running joke based around this code.  We say when someone has cracked the code to something in life, that they must have found the Contra code.  It is an easy way for us to explain when someone is so good at something there had to be a way they cheated the system. Usually this is not the case, though.

Typically, it takes years of hard work or moments of genius, and sometimes it takes both to succeed.  Hard work eventually pays off.  Being as big of a musical fan as I am, I always fall in love with songs and therefore often fall in love with certain songwriters’ work. Guys like Jonathan Singleton, Shane McAnally, Jason Isbell, Randy Montana. These guys have songwriting figured out.

When I first met Jonathan Singleton, I was probably more flustered than when I met Eric Church. I know, that doesn’t make a lot of sense, but it’s just who I am. I recently told a friend, Sam, that all he needed to do to make this song idea he had a hit was get into the room with Randy Montana and Jonathan Singleton.  He said, “Oh, really? That is ALL I have to do?” We both laughed.  We both knew these types of writers, these wordsmiths, do not come along often and when they do their time is a commodity.  This list of writers that we joke “Used the Contra code” is relatively short, but their list of hit songs is long. Now, let’s get to the point of this article.

I think Erik Dylan just found that Contra code for songwriting.  Hell, he has probably had it for a while… but man it is as plain as day right now to see.  Both of Erik’s albums will take you on emotional roller coasters. Zero bad songs on either disc.  His new album Baseball on the Moon is tied for my album of the year so far with Ashley’s McBryde’s Girl Going Nowhere. That is high praise for me, but it is well deserved.  But his writing work does not stop there. He has a list of unreleased songs (and one released song) that are some of my favorites in Nashville. Lets take a look at some of the evidence now to prove Erik’s writing is on another plane of existence right now.

Exhibit B: Jobe Fortner’s “Bat Out Of Birmingham” Co-written with ERIK DYLAN and Hannah Dasher

Exhibit C: Riley Green’s “There Was This Girl” and “Outlaws Like Us” Both co-written with ERIK DYLAN
Go to 12:52 in this video and listen to these two back to back.

Exhibit D: Erik Dylan’s own “Baseball on the Moon”

Erik has these future hits and so many more.  His years of hard work and dedication to his craft are really starting to pay dividends. It is easy to joke and say that Erik cracked the Contra code.  But what is not easy is the stress, ups and downs that Erik got through to get here. Erik being the fun and humble guy he is will tell his kids to “Thank Uncle Riley or Luke for the new shoes,” but what is really his cheat code is hard work.  So, add this name to your list of your favorite songwriters.  I know it is on mine.  Erik Dylan. That bastard figured out the cheat code for Contra.