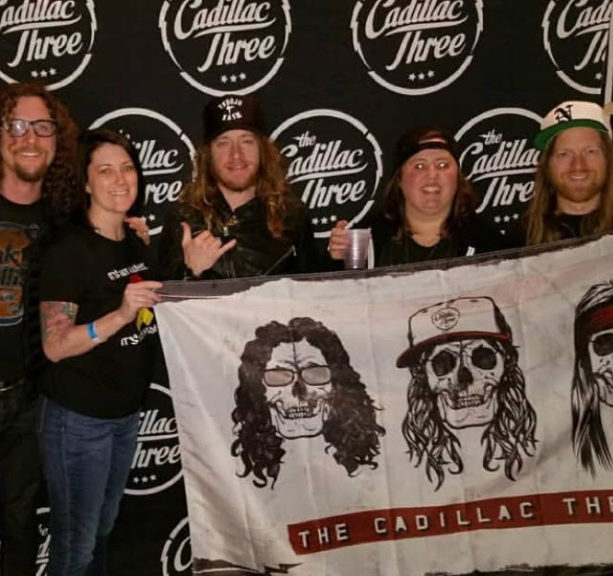 The Superfan Chronicles, Volume I: The Cadillac Three

Here at Raised Rowdy, we delight in bringing you as many new artists as we can; providing them a platform to give you an insight into how they craft their music and style. In our Superfan Chronicles, we want to hand the pen, errr keyboard, over to the diehard fans and let them tell you why they sacrifice so much in order to see their favorite band or artist perform, and why they feel so connected to them.

We have a very hard time hiding the fact The Cadillac 3 has been a longtime favorite of ours, so why not let a few TC3 fans hit leadoff in the Superfan Chronicles.

Meeting each other for the first time at a Cadillac 3 show no less, Kathi Stanley from Ohio and Brooke Hample from New York have become great friends through the magnetic power of Country Music. 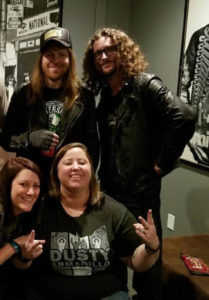 First off, let’s get some housekeeping out of the way.  How many times have you each seen the band in concert and how did you discover them?

Kathi Stanley: 44 times.  Fall of 2013 when The Country Fest announced they would be a performer that year and we started watching YouTube videos.

Brooke Hample: 42 times. Taste of Country Festival at Hunter Mountain, NY 2014…wait I guess I had heard them on the radio first, I assume on The Highway…but first live encounter was at TOC Fest and I was hooked!

What initially connected you to them?

Brooke: Their attitude of we’re gonna do what we want and stay true to ourselves.

You’ve each seen them so many times that it’s got to be difficult to narrow down a favorite concert, but let’s hear it…..or them.

Kathi: Could never pick a single favorite but these are our highlights:

July 2015 Parkersburg WV Fair- Watched concert and the famous old school drum solo from backstage then  there were lots of bus shots and shine.
April 2016 Rome GA Brewhouse, Real People in Rome!
December 2016 back to back Dusty Nation shows.
August 2017 Ryman TC3 family trip.
September 2017 Brimstone Paragon, (our two favorite activites: The Cadillac Three and the Super Bowl of Fourwheeling together).
Brooke: Favorite Concert? Let me consult my spreadsheet… Seriously, not sure how to pick just one. Each show is so unique due to the ever changing set-list, venue vibe, crowd, people you’re with, number of drinks you’ve had, etc… top shows are The Ryman (with all my TC3 fam, so special for the guys and for us!), Kegs Canalside 2015 (our 2nd show, we got to hang out with the guys at the bar after the show and talk GI Joe and snowmobiling!), Rome, Ga., for the soundcheck, the super small stage and all the shenanigans, Philly in Feb. 2017 was probably the loudest I’ve ever heard the crowd sing along! It gave me chills…the guys even posted about it later…incredible. Bloomington, IN -again, loved the small stage, the sound, the crowd, the fam, the bar across the street.
Favorite Venue?
Kathi: Our hometown bar, The Dusty Armadillo!
Brooke: The Ryman for the history, Rome Brewhouse for the super up-close
Furthest you’ve traveled to see them in concert?
Kathi: A weekend road trip crammed in a rented van with my TC3 fam from Akron OH–> Grand Rapids MI –> Bloomington IN –> Knoxville TN –> Findlay OH
Met a then-stranger at the Cleveland airport to fly to Atlanta, Ga., together then drive 1-and-a-half hours in a rental car to Rome to meet up with fellow fans who became family (for just one night).
Brooke: New York to Columbia, Mo.,…soon will be Buena Vista, Col.! 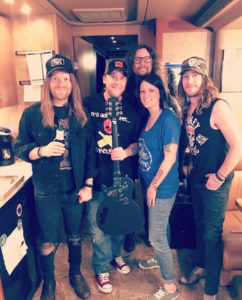 What do you wish people who aren’t familiar with them would know?
Kathi: While they might appear to be the most badass guys on the planet (which they are) they are some of the most kind and real southern dudes. I love how they love and respect their wifeys and family.  As badass as they are, they never shy away from showing their emotions. The Cadillac Three has never bent to fix the Nashville mold of how to make it in the music industry. They are born and raised in Nashville, and they continue to grow in momentum and success in their own manner.
Brooke: That these guys bust their asses to get music out to their fans on a yearly basis and that they travel like crazy to bring shows everywhere! Their sound is so unique, they write it all and they’re genuine!
What are you hoping the new album sounds and feels like?
Kathi: As long as they remain authentic it will be another incredible album. I Would love to hear Girls on Fire or Leave it at the Bar make the cut! Hopeful for a mix of face-melting country fuzz with more real life slower tracks that hit you in the feels and make you say The damn Cadillac Three got me again!
Brooke: I hope for more Country Fuzz…another mix of hard and soft. I loved that Legacy showed some of the old sound mixed with some new…more of that would be great! I know whatever they put out will be bad ass! Can’t wait! 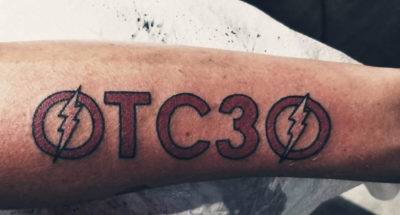 Anything else y’all want to include about what connects you to your favorite band?

Kathi: The Cadillac Three live is an experience unlike no other. It gives me a euphoria that words could never describe. The music has connected me with friends that are now like family. It has formed friendships that last stretched across the US where we spend months to plan trips that provide us with incredible, priceless, and at times fuzzy memories. Their music is my medicine and soundtrack on this journey through life.

Brooke: Jaren has given (husband) Eric and I some shit about being at so many shows, said we should find another hobby like checkers or golf or drinkin’ with the most bad ass band in country music. I’ll choose the last one every time. We work hard and going to their shows lets us escape from that for a day or two or five! Their music instantly puts me in a good mood and their shows do the same!  The reason we go to so many TC3 shows specifically is because we know it’s going to KICK ASS EVERY DAMN TIME! 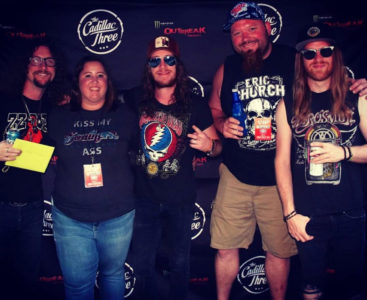