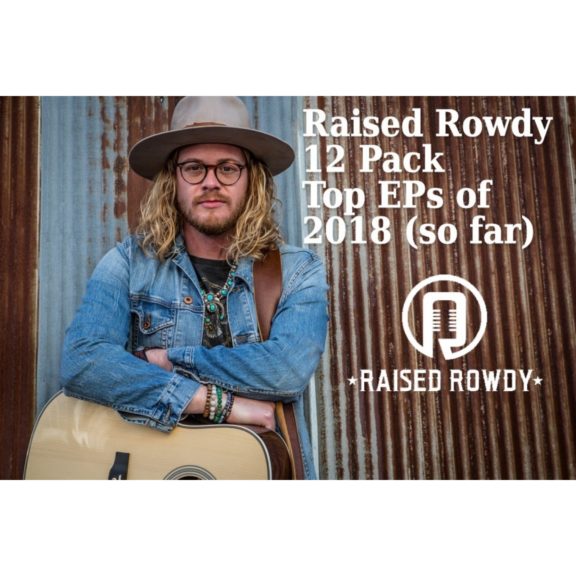 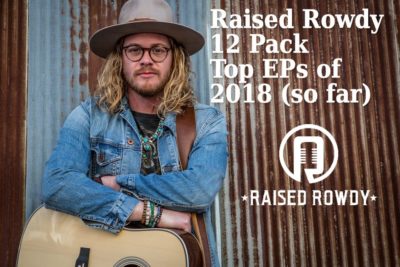 Over here at Raised Rowdy we run through songs pretty quickly. I have been known to go ahead and listen to a track on repeat a good 3,567 times in a row. When you listen to as much music as we try to, you can get tired of the same voices and same styles of songs. This might sound like a problem to many, but to us it is an opportunity. This musical carousel really leads us to some great new artists.  Some of you may have heard these artists before their EPs were released, but sometimes you may not have.  Let me tell you though, there is not much better than finding a new EP or artist you really dig.  It’s borderline magical.  These are our top 12 EPs so far this year.  Lots of other websites do albums of the year (We Do Too!) but something about a new EP just speaks to me.  Whether its a new artist or an artist trying something different, it can really lead you to have one of what I like to call a “Wow!” moment. These EPs gave us some of those  moments. We hope if you did not know some of these that you will listen and have some “Wow!” moments of your own. So without further ado here (in alphabetical order) are our top EPs of the 2018 (so far):

CJ Solar- Get Away With It

CJ is kind of the veteran of this group.  With songs that in our opinion should have been # 1s or damn close his music should be familiar to you already.  “American Girls” makes me want summer to last for ever. Can’t it just last forever…?  CJ is doing his best to make sure as least in your mind it can.

One of Raised Rowdy’s great friends Christie introduced us to this duo via Facebook video, and we could not get enough.  These boys are a little southern rock and a whole lot of country,  Think if the lead singer of the Black Crowes (Chris Robinson) was 23 again and played with the baddest dobro player this side of Kurt Ozan. These boys are super fun live and they have the whole musical world in their hands with the style versatility their sound has.

Classic country revival. Drew’s voice will take you back in time to when you grew up. the best of what you love with some modern feel to it.  His EP does not have a bad song and whether you see him acoustic solo or with a full band his songs and voice draw you in just as they do on the EP. His unreleased song “Middle of Nowhere Class” is a freaking JAM (He wrote it with Erik Dylan and Driver Williams). I go to Facebook videos weekly to listen to his version.

Jameson has the entire package on this EP.  His voice is dynamite, every single song on this is a home run and all the songs fit so well together as a project. I wore this EP out fast, but i still keep going back to it. I just can’t get tired of it. It is so damn good.  Jamo put me down for the presale on the debut album on vinyl right now, bud. I  know with 100% certainty you will not disappoint.

The first time I heard Jobe’s voice, I literally stood up at my desk at work.  His voice is THAT good.  Somewhere between Southern Rock, Red Dirt and mainstream country. Jobe is one of my absolute favorite people I have met in Nashville. He’s as genuine of a guy as you could ask for and his songs prove that. Bonus: Wait until you hear “Bat Out Of Birmingham” that song is a bonafide hit!

This EP is all about the music — the voice.  You get a piece of what makes Kyle and his music so special in each track of this project. Somewhere between Blackberry Smoke and mainstream country sits Kyle and his band. Listen to each track and you will have this EP on repeat for days.  Now, wait until you see him live and watch him melt your face into a puddle with his guitar. LIFE CHANGING live show. When he is on stage he commands your attention. It really is a thing of beauty to watch.

This bell bottomed princess is a little Janis Joplin, a little Jewel with a sprinkle of Lucille Ball (Watch her Instagram story for constant smiles and laughs) Bonus: Lainey’s song “High On Somethin'” that was released a week after the EP might be my favorite track she has put out so far.

This voice. Come on, If you’ve heard Mitchell before, you get it. He could lay on the floor and sing into a microphone reciting the ingredients from a shampoo bottle and we would listen. But he doesn’t, he takes over shows with great songs and his amazing vocals. This Nashville product has been around music his whole life, and it shows.  He is about to be a star.

This duo not having a major record deal is one of the biggest travesties in country music.  These guys flat out kill it live. Alabama has been pumping out some damn good country music, and these boys (along with Riley Green) are at the top of the list.  We have made a meme of these guys as Brooks and Dunn and while that is a lofty goal for a duo so new… these guys have the power to do it. The sky is the limit.

Sam is a different voice that what many would call classic country music and that my friends is why we love him.  He falls between rock, Southern rock and country and by god that is just about our favorite combo.  Southern music (from a Northern guy) to fill the ears of the faithful.  Can’t wait for more new music from Sam. He and Taylor Phillips penned “A Little Like Me” and when you hear that first track, you won’t stop playing the rest of this one.

This EP absolutely floored me the first time I heard it.  Her voice is so emotional. The acoustic style just made so much sense. There is so much power in the simplicity of these tracks and Tenille is one of our favorite voices in country music.

It is going to be one of these two for sure:

We heard enough of it this week as CMA Fest to know how powerful this is going to be. It is going to blow you guys away.

Jon Pardi’s Axeman and Raised Rowdy Spirit Animal Terry Lee Palmer aka TLP is about to drop some of the most Honky Tonk jams on you this side of Texas. We can’t f***ing wait.  This is gonna rock your world.