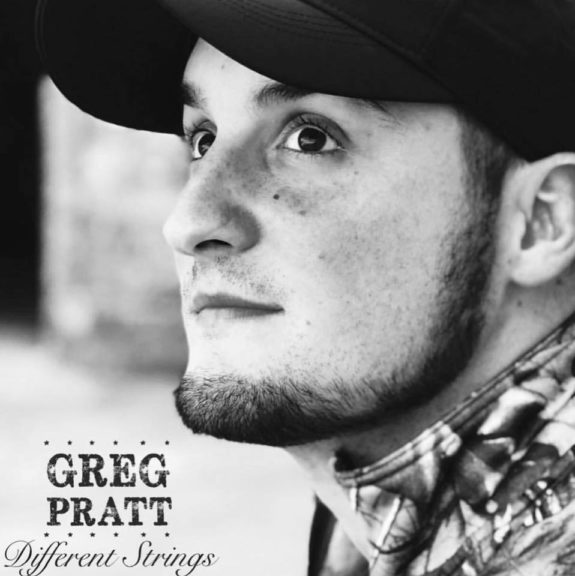 By Chris Yow
Contributor and guy with not-so-quick-hands

Have you ever wondered how a band without a fiddle can sound like one is playing? Greg Pratt can show you. He’s got the ‘Quickest Hands’ we’ve ever seen on an acoustic guitar player. They’re so fast, in fact, that when he plays ‘The Devil Went Down to Georgia’, you would never suspect he’s not picking up a fiddle mid-song.

When you pre-order Greg’s latest LP Different Strings, you will hear exactly what we mean because you’ll get an early copy of the song “Quickest Hands”.

In this upbeat tune, the story is sort of two-fold, which is something I absolutely love in a song. The story starts with good vs. evil when an outlaw who was once the quickest draw, but a white-clad cowboy shoots him down in a duel.

“It ain’t about the biggest man/But who’s got the quickest hands.” 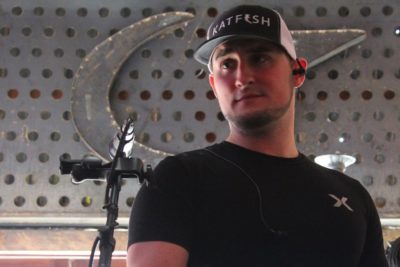 The final line of that chorus, Pratt hits that low register in his voice, and it’s as heavenly as the white-clad cowboy with the holy light from his gun. Throughout the song, you’ll hear a very quick tempo with guitar, but a simple 4/4 snare drum, which keeps the song from going off the rails. It’s a perfect match.

It’s no secret I’m a fan of sad old country songs, and track 2 is one of those old-school 90s country tearjerkers. “If My Heart Was a Bar” has some insanely strong lyrics, and the deep voice tones again draws listeners in with the hurt in his voice.

“The jokes on the wall of the back bathroom stall/Are the only things/That make me smile these days.”

With a chorus that seeps with heartbreak, this song will make you want to find this bar and buy him a a drink. And if the rest of the song doesn’t get you drying your eyes or at least excite you because the lyrics are so damn good, the last line of the chorus will make you wish you had a Kleenex nearby (or high-five your buddy if you’re just really into great lyrics).

“If my heart was a bar/The neon would always be blue.”

Track 3 is my least favorite song on the album. That being said, the delivery of the song is great. The rhythm is broken up by Greg’s signature quick-lines. I’m just not a huge fan of this one, but one song does not make or break an album.

Right after that song is my second favorite song of the album, so quickly Greg makes up for “Deep Woods Lost” with “Best of the Bad”. This is a popular idea for songs right now, but Greg’s approach and sound on this song is exactly what traditional country fans are after. Lyrically, the song is sing-a-long worthy, and had a great story. We get his story, her story and finally why he loves a “gypsy” woman.

“I’m a rascal through and through/One day I’ll pay for what I do/You’re my rock/I’ll be rolling/Grinnin’ in the grave.”

Following up a fun, upbeat love song, Pratt hits you with the best song on the album and title track “Different Strings”. This song is a true story from beginning to end, and when it’s over you’re going to be a fan of Greg Pratt. His father is a second generation doctor, and wanted him to follow in his footsteps. Unfortunately for that dream, Greg turned to music. I’ll let the chorus speak for itself:

“I hope he knows, I’m still my father’s son/And I hope he’s proud/
Of the man I have become/I found my own way through different means/
Sewing up the heart with different strings.”

If you don’t have chills after hearing this song, go see Greg’s dad because I’m fairly certain you’re dead or at least need medical attention of some sort.

The final few songs as as much 90s country as you’re going to find, and “Robot On the Radio” just says exactly what we’re all thinking. “When You Dream” is another of those heart-wrenching tunes that reminds listeners of those early Kenny Chesney tunes.

The album closes with “Don’t Count Me Out”, which is one of those comeback kid songs that has listeners rooting for the song’s subject — which happens to be Greg. Mistakes don’t define a man, the song says, and when the song is over, you’ll be waiting for his happily-ever-after.

“You can write me off/You can knock me down/But I’ll get back up/Some way, somehow.”

Overall, the LP gets a solid 7.5/10 from me. It’s probably not cracking my Top 5 albums of the year, but the competition already this year is incredibly strong. If you’re a fan of 90s country sounds, you’ll dig this album. If I could liken it to one specific sound, though, I’d say listen to this album and then take a trip back to 2006 for Chris Young’s debut album. You’ll find a lot of similarities there.

It’s available for pre-order now, and will be live on all digital media outlets June 1.