The amount of musical gold that’s yet to be mined floating around the interwebs can be mind-boggling at times.  Trying to unearth it all is nothing short of a Herculean task and can leave one’s head spinning like a well-oiled top, so it behooves us all to make friends with an educated ear and similar tastes. 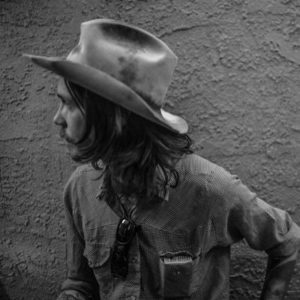 The voice that cracked through my worn out speakers in my car on the way to work grabbed my attention and stuck with me like dried oatmeal to the side of a cereal bowl. Mixing what my ears processed as a little bit of Ryan Bingham with a side of Jim Croce, my curiosity was piqued and I had a notion I was about to hear some music I’d have to pay special attention to in order to fully soak it all in.

The stories this album tells wander as aimlessly as the music does at times.  Songs that start out as a seemingly hopeless spaghetti western character covered in dust transform into a bright Roy Rogers movie landscape without straying from the story the song aims to tell. Americana embraces it’s angst in some songs as easily as love is embraced through distance. This was precisely the effect Andrew had in mind as he tells us “it was definitely a conscious effort to have the songs move around from the wandering/loss to up beat feel.” Relaying a story a producer friend told him to “make a sad song sound happy and a happy song sound sad” is felt from top to bottom as the tracks  weave soothing organs and soft drums to tell the happy stories  and then big band folk to lay the groundwork of the not so positive chapters of the past. Speaking of characters…..

Sprinkled throughout Steady Your Aim are what seem to be some jabs at someone or something that draws Andrew’s ire. When pressed on the origins, he explains as only a seasoned songwriter could.

“The character that you asked whether or not existed is a combination of people whom exist but I also have created a fictional person to blame my troubles on, that way I don’t overly expose someone else.  But a lot of it is fictional as well.  I’ll write about someone else’s heartbreak, turmoil, what have you.”

Every song is layered, full of wishes and hindsight deserving of auditory attention you may not know you possessed but wished you had.

Andrew recently announced that a video for “Here at the Bottom”, a raucous jaunt delving into the trappings of what indulgence breeds will be released soon, but first we’d encourage you to spin this acoustic video of the title track, and then sit back and immerse yourself into the entire album.