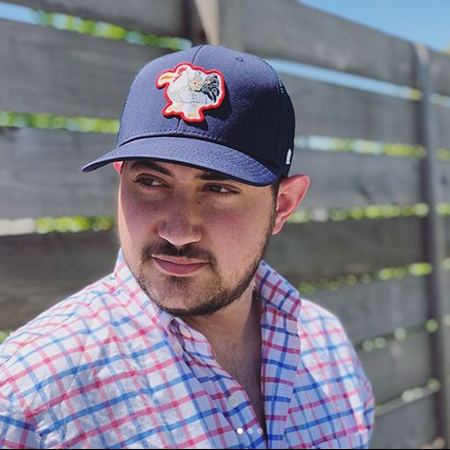 Whatever listeners want to call it, Samuel Herb’s debut single “Dirty.” is all of those things. Lyrically, Herb is known around Nashville as a humorous songwriter. He’s always playing with lyrics to make innuendos or double entendre, but somehow also relevant to real life.

“I think different for this song is an understatement,” Herb said. “My whole life I have kind of prided myself on being different. I want to be that breath of fresh air for people who want to listen to something that makes them feel good. I chose “Dirty.”  as the first single because it’s a feel good jam and it’s a song that I think a lot of people can relate to. I know I can because this song is 100% based off my life.”

Herb has said he writes his songs as country songs, but when this song was finished it sounded like an old school Marvin Gaye R&B record. That wasn’t the initial thought for “Dirty.”, but it 100 percent works. There is something to be said for the delivery of a sexy song like this having sexy horns in the background.

And let me tell you, this song is damn sexy. Mainly because every man who has ever lived with a woman knows that the fastest way to turn her on is to start cleaning the house (without her asking).

When male listeners first hear the lyrics, it’s obvious to they’ve been in this position before, and have likely heard the same comments from their significant other.

I can hear you sayin’/This house ain’t gonna clean itself/
And I ain’t gonna get none if I don’t come and help.

Then hits the chorus when he’s finished with the dreaded “Honey-Do” list, and things get a little ‘steamy’.

Let down your hair/Let that towel fall anywhere/
Heat up the water/ Feel the steam/
Get clean/Get dirty.

“For me I knew I wanted to release a project that shows off my personality so I called my friend Will Duvall and as soon as we finished the writing session I knew this was the song,” Herb said.

The production of the song was going to be different from your typical country music record, for sure. Producer Mark Caldwell put together an all-star cast of musicians for the project after Herb put the ball in his court.

“I just left it totally up to him. I gave him the picture and he colored between the lines better than I could’ve imagined,” Herb said. “When Mark told me who was playing on this I was blown away and then we got in the studio it was amazing to watch and listen. It is an amazing group of guys that got together and laid down exactly what I heard in my head. “

Currently, Herb is in the studio working on the debut EP and plans to release at least one more single before the full EP comes out.

“Dirty.” debuted on the iTunes Singer-Songwriter chart in the Top 10. Check out the song here: