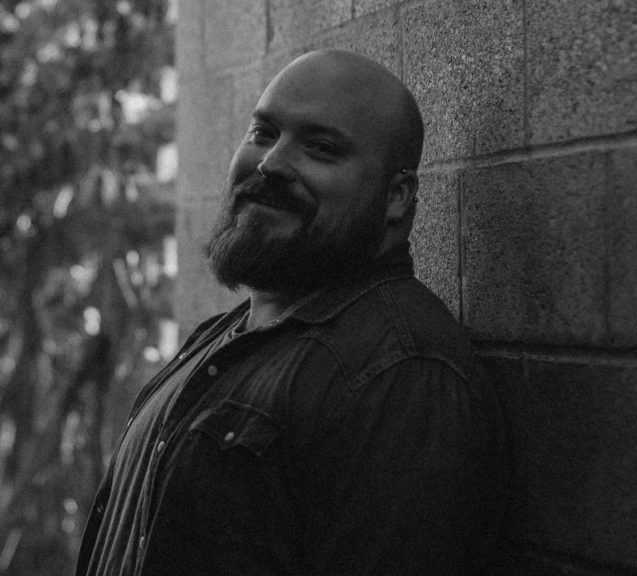 So much more than just a Voice Austin Jenckes talks the move to Nashville, new music and family life (Interview) 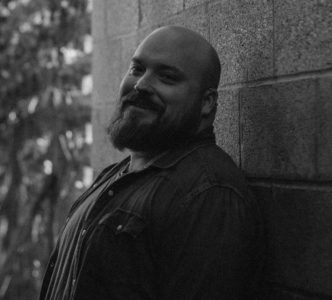 We recently had the opportunity to sit down with Austin Jenckes at Joe’s Bar in Chicago. Some of you may have read about him in Rolling Stone, seen him on tour with The Cadillac Three, or remember him from Blake’s team on The Voice.  No matter where you’ve heard his voice you are not going to forget it! His single “Same Beer Different Day” has amassed over 1 million streams on Spotify and his latest “Ride Away” is on track to do the same.

Austin:  It’s been the busiest year of my life! As far as at home the baby’s 19 months old and my wife’s parents are building a place next door, which is cool because I’ve been busier than ever touring.  I’ve been putting as much effort as I can into staying busy. I’ve been out with The Cadillac Three a good bit and did ACM activities in Vegas recently.

RR: With all the touring how often do you make it home?

Austin: I’m home a good bit…still writing every day.  That’s what everyone does in town M-F 11am-3PM…which turns into a lot of other things like night writes.  I’ve been out at least every other weekend with a couple breaks here and there. Doing a big run this summer where I’ll be gone for almost 2 months.  My wife and the baby are coming out for a week in the middle and we are going to go on vacation back home to Washington State.

RR: How has the article in the Rolling Stone changed things for you?

Austin:  My family and my mom are all saying “WHAT?– you’re in Rolling Stone?”  I’ve been hearing from a lot of friends at home and it feels really good to say I’ve been in Rolling Stone.  It’s been a dream since I’ve watched Almost Famous. I was actually down in Florida when they called doing the 30A Songwriters Festival with Jaren Johnson, Jonathan Singleton and Craig Wiseman.  It was funny, Rolling Stone called and said “We wanted to let you know this is going to be part of Rolling Stone Country and we want to make sure you’re okay with that”. I was like “what do you mean, what does that mean?” It was most likely because I’ve had a couple other things come out through film and TV and Rolling Stone didn’t know that I was a country artist.  I told them that it’s perfect because I am a country artist. It was super cool they came out to a show and it happened organically and I didn’t have any idea until the day it came out.

RR: How did your time on the Voice help you as an artist? 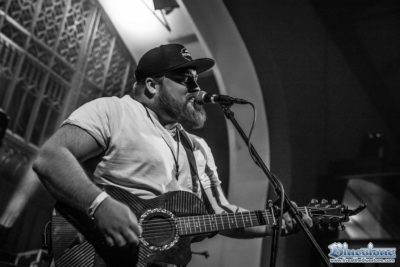 Austin: A lot of what I learned was entertainment stuff, trying to keep my head on straight, when there’s a lot of craziness.  A lot goes into it; after parties, running on no sleep and people trying to buy you drinks all the time. You can’t drink every drink someone gives you or you’re going to be drunk all the time.  Things like drinking water and eating healthier then I would normally because I love food. Also, what I gained is there’s a lot of talented people out there. I met some of the most amazing singers you’ll ever hear in your life and some of them didn’t even make it into a blind auditions because whatever didn’t fit.  That taught me a lot and that just having a great voice doesn’t mean all the doors are going to get opened. A lot of it is timing, knowing who you are and trying to write a lot of songs so you have options.

Austin:  It’s kind of a weird because he had heard it and then we didn’t hear anything back so Morgan Wallen recorded it for his EP 2 years ago.  Then 13 months later, I was somewhere at ACMS with Mike Walker who I wrote that with and Lee came up to us and said “I’m cutting ‘American Nights’”.  We said “you know Morgan Wallen cut it” and he said “Yeah, I’m doing it anyway” so it was really crazy to have it cut twice, never expected that.

RR:  I saw you had “This is My World” in the trailer for Call of Duty.  Have you done that before?

Austin:  That’s actually the second one I’ve had.  I had one on Assassin’s Creed trailer 2 years ago and now Call of Duty just came out a couple weeks ago.  It was the same song actually. That song has been everywhere…it was in the Super Bowl this year and all over the world.  It was on Riverdale on Netflix. It’s not a country song it’s just a total pop rock song that I wrote with my buddy Tony Esterly, he’s a pop producer and that’s his thing as an artist.  It was cool to be a co-writer and featured artist on it.

RR: “Same Beer Different Day” has had a lot of success. Can you talk about that a little?

Austin:  Yeah, it’s done well.  We didn’t really know how it would go because it was the first song I put out in a long time, really since The Voice.  We were trying to figure out what song to put on Spotify in the studio and I decided literally a few hours beforehand. I just like the vibe of it and it has a different feel.  Seems like people dig it and it made a few playlists.

RR: What can we expect from the new album coming out?

Austin:  I just cut 10 songs 2 weeks ago and the songs are getting mixed right now.  We will be putting out 1 or 2 more before the album comes out in August or early Fall.  We have more songs then we need but really excited to just get it out. Before we did “Same Beer” it had been a while, I just spent a lot of time writing and did that Esterly pop thing.  I feel like we’re really landing in a cool spot a little classic rock, country and a lot of it is roots heartland American music.

RR:  Has having a daughter changed your style of writing? 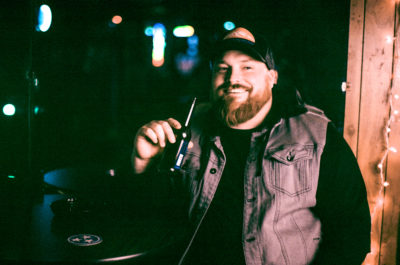 Austin: I think I’ve always been a nostalgic guy – I love older music, classic rock, anything from Boston to Skynyrd or folky time stuff.  Country wise I love Chris Stapleton but I’ve been searching for a sound for a long time and I think I’ve finally found it.

RR: How was the transition from Washington to Nashville?

Austin:  It’s a lot hotter in the summer and actually colder sometimes in the winter.  In ways it’s more laid back and in ways it’s busier. It just depends on what you’re doing.  Musically there’s just so many more opportunities in Nashville, like on the business end, where you wouldn’t get in Seattle.  Creatively it’s different too…there’s a lot of jam bands in Seattle, every song is like 9-10 minutes long and you just kind of rock out.  In Nashville, it’s focused on crafting a song where you write to the title or the hook and make sure it makes sense when you’re writing lyrics.  Whereas back in Seattle, who cares what it says as long as it feels cool. I remember wondering if it’d be weird if I asked someone on Broadway if they want to jam out sometime. Some people are way into it and some are like – “What do you mean? Do you want to write a song?”

Big thanks to Austin for taking some time out to sit down with us and talk about what’s new in your world and some of your past experiences.  We’re loving the new music these past few months and looking forward to the new record. You can listen to “Same Beer Different Day” and “Ride Away” below and pick it up on iTunes.