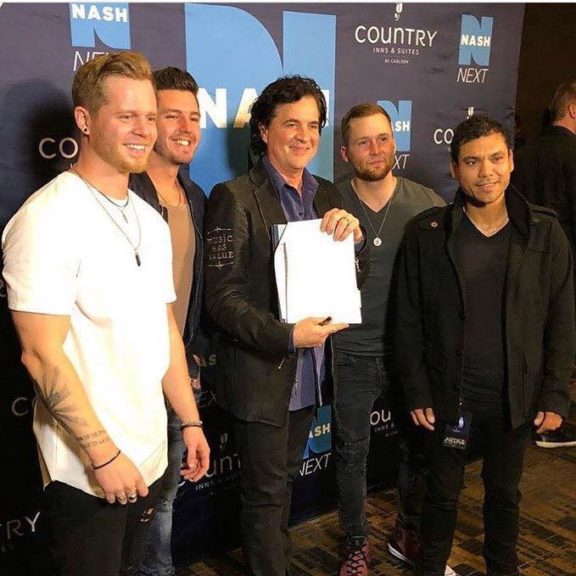 Radio Romance ready to break out in 2018 with radio debut

“A modern twist on a throwback sound.”

With that phrase, Radio Romance lead singer Sam Hayes sums up the 2017 Nash Next winner cleanly and accurately. 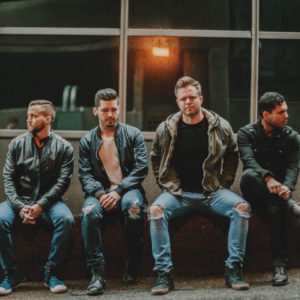 “It’s an ode to the classic with a new age sound.”

Eddie Rabbit’s album entitled “Radio Romance” is where the original inspiration for the band name surfaced. Three of the members began playing on Lower Broadway in Nashville on a regular basis, and when they decided to choose a name, that album – framed on the wall inside Legend’s Corner at Broadway and 5th Ave. North – was the obvious choice.

Lead vocalist Hayes is joined by lead guitarist Josh Gramling, bassist Adam Smithwick and drummer Moises Padilla. The four of them are best friends, writing partners and roommates. That bond gives them a unique ability to know one another on stage and off.

“It all comes down to the fact that we’re a bunch of friends who love playing music and writing together. We’re just on the stage having fun. Whether there are three or four people in the crowd or 300 people.  We just try to stay positive,” Gramling said.

“We live together, we write together, we do everything together. We treat it like family since none of us have family here. We’re our family,” Hayes added. “You realize sometimes you’re just collecting a paycheck, but we heard George Jones say one time you have to perform every time whether it’s in front of 10,000 people or 10 ashtrays. We’ve done both. “

The 10 ashtray crowds are a thing of the past for Radio Romance. With their 2017 Nash Next victory, the group has been touring the country playing radio stations and will soon be heard in full rotation on those stations when their new single is released on Big Machine Records.

“It’s crazy to think things are about to really get kicked off,” Hayes said. “The fact that we’re going to be on radios across the country is crazy. We haven’t even really started yet. We don’t know the magnitude of where this thing is going.”

Because of that deal, the group has been able to incorporate more and more of their original songs into their sets, and they’re finding fans are coming out to see the band and not just because it’s the normal weekend hangout spot.

“We want to incorporate more of our songs into our shows in these venues we used to play. We’re watching it grow up in front of our eyes. People are coming in and buying tickets because it’s our show instead of because it’s just where they go on Friday night,” Hayes said.

“Doors are opening; more people have become interested in the project, and we’ve been able to build a team. That’s so important,” Gramling added. “The dream for us is to build a following of people who love our music. This is the first step toward that. We want playing music to be the last job we ever have.”

Even still, though, the guys are just treating this the same as they’ve always treated the project – as if they were doing this on their own. They still meet with fans after every show, have a drink and shoot the bull. Nothing is changing for this group of guys.

“Nothing has changed for us or our fans,” Hayes said. “We’re still just a band that lives in a van down by the river.”