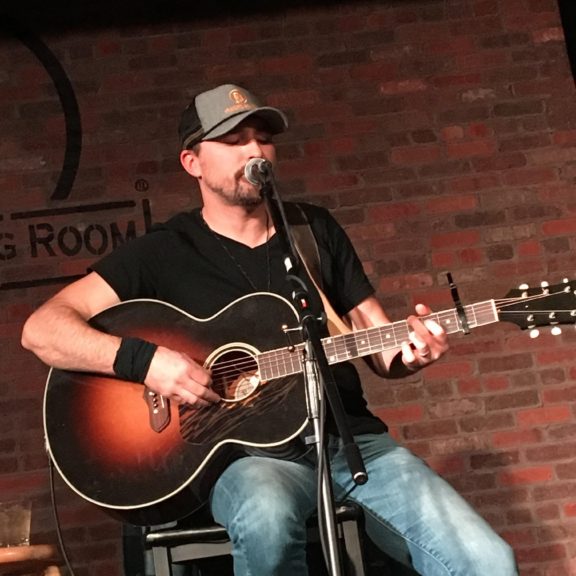 Erik Dylan’s gritty vocals and raucous musical style makes him one of our favorite Nashville staples. 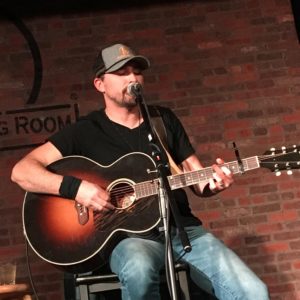 Erik Dylan is a bright spot in country music’s present and future. He is one of a group of folks that is truly the beating heart of what we think is the core of Nashville’s songwriter driven heart. That is why he was one of the first artists we were proud to have wear our merch. We at Raised Rowdy have so much respect for what Erik does in his craft. From playing writers rounds to opening tours with The Cadillac Three, Riley Green and his own co-headlining Dark Horses shows, Erik’s presence is easy to see on stage. He is the kind of artist that your favorite country artist will talk about now, and 15 years from now.  His Gritty, thought provoking lyrics force you to feel the emotion that is coming out of his voice and guitar.  He is one of Raised Rowdy’s absolute favorite artists regardless of genre or level of radio success. We got him to share some insight on a new side project he is working on with some friends up north, talks about his new album and who you’ll hear on it.

Raised Rowdy: Tell us about your families life as Kansas farmers. Did your experiences there inspire your album Heart of a Flatland Boy? 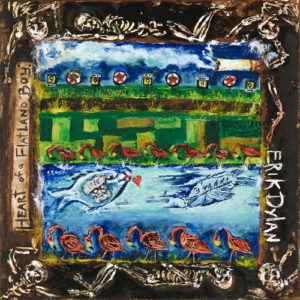 farmer, but I wanted to write about it. I respect where I’m from more than you know, and I intend for my listeners to do the same. Hell yeah, Kansas farmers inspired me.

RR: Did your parents approve of your interest in music?

ED: Yes they did. They bought my first guitar, drove me to my first show, and have always supported me. I think they always knew that music made me happy. And supporting that made them happy.

RR: So you moved to Nashville with a vision. There are a lot of people in Music City trying to do what you’ve done. What were some of the first jobs you had before being able to focus solely on music?

ED: I sold cell phones in a mall. I did taxes. I bar tended & waited tables. I helped a millionaire prepare for the end of the world in 2010 to 2011. But the world didn’t end. So I kept playing open mic nights.

RR: Lucky for us the world didn’t end, and you got discovered. You’ve written for Kip Moore, Eric Paslay and Justin Moore, among others. How did you end up meeting and working with such big names?

ED: Kip heard me at an open mic and got me my first publishing deal. That’s how that happened.

Eric Paslay’s wife Natalie was a fan of my songwriting, and booked Eric to write with me. We hit it off and wrote a great song or two. Thanks Natalie.

I’ve never met Justin Moore but I’m glad he cut my song “Put Me In A Box”. I’d like to shake his hand someday for cutting it. 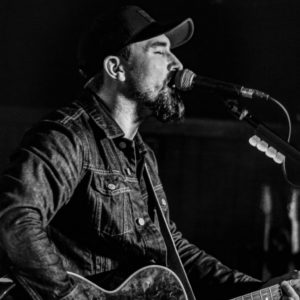 RR: IS There anyone you would love to write with that you have not met yet?

ED: I’ve always been an artist. I will always be an artist. I have something to say. And I’m gonna say it. My goal is to make a living writing songs and making records till the day I die.

RR: We cannot wait to hear your new album later this year. When will that be released, and, any insight on who we may hear with you on some tracks?

ED: Probably beginning of May. You will hear my favorite 13 songs, a Luke Combs duet, and a Steve Earle duet. Really excited for the world to hear this record.

RR: You and your wife will be celebrating the first birthday of your youngest son in the coming days. Congratulations. Have your two sons inspired any songs?

RR: So you’re part of a new group that we’re stoked about, The Black Mountain Whiskey Rebellion. We cannot wait to hear the debut single in April. What can you tell fans about this project and, do you also anticipate this as a big part of your future?

ED: BMWR started as a side project I was writing with good friends Clayton Bellamy (The Road Hammers) & Mitch Merritt (Producer/Founder BMWR). 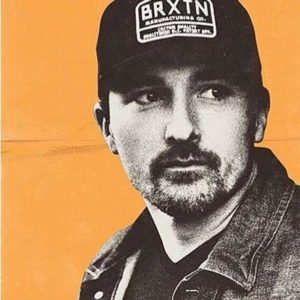 Mitch and I have been wanting to work together for some time and when MDM Records offered us a deal it just made sense.

Clayton & I are sharing lead vocal duties and we will have several guest appearances on the record.

I think we all agree that this is a side project. That being said, it could be a very active side project on the road.

My solo record is still slotted for a late spring release. Nothing will change on that front. I will just be much busier juggling two projects. It’s gonna be a fun summer.

RR: In your opinion, where is the best place to catch a round in Nashville?

ED: They all suck unless Travis Meadows or Tony Lane are playing. Just kidding. I like The Listening Room a lot.

RR: What venue has been your favorite to perform at and why?

ED: I don’t care about the venue. Only the people who showed up. And if nobody showed up, they missed a good set. ; )

A huge thank you to Erik for his time and doing this for us. He is one of the hardest working and admirable people in the industry. His Album Heart of a Flatland Boy was one of our absolute favorites from 2016 .  We want to ask all of you to keep up with him on social media. His new album is being released shortly and we cannot wait to hear it along with the new tunes with The Black Mountain Whiskey Rebellion!

For now enjoy his Heart of a Flatland Boy.