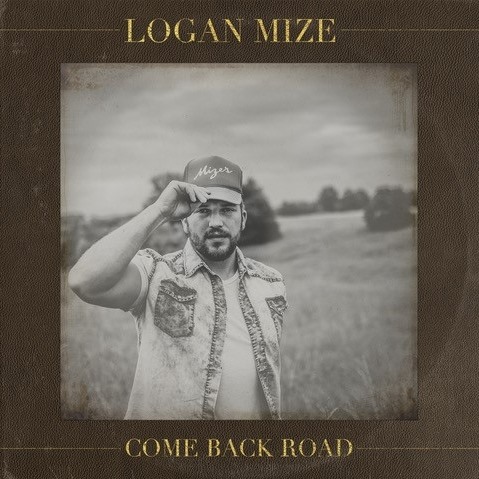 Logan Mize: making fans the only way he knows how, making great music and playing it to those who will listen. 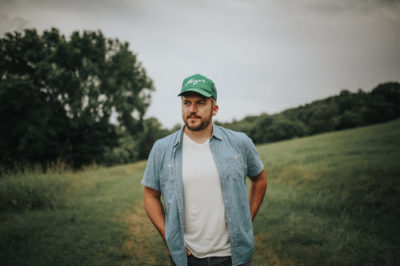 Logan Mize has been one of my favorite artists since I first heard his self titled 2009 album and single “Ride In The Middle”. Since then he has had some of the catchiest country songs that have graced my ears. His most recent album Comeback Rode is one of my personal favorites from 2017. Logan is not just a damn fine musician he is a great guy as well (2017 Kansas community service award winner). If you get a chance go see his live show and you will become an immediate fan.

Raised Rowdy: Logan, thank you so much for taking some time to talk with us. Tell us about life growing up in Kansas. What musical influences do you think helped form who you are as an artist?

Logan: I grew up in a town of 2,000 with no stop lights.  My grandfather owned the local grocery store, my dad is the butcher there, and most of my family has worked there at some point or another.  I honestly listened to Enya and Elton John for most of my early childhood.  My mom dug a lot of hard rock stuff like Zepplin and Aerosmith which I didn’t get into until later.  Neither of my folks really listened to country other than my dad who listened to the Nitty Gritty Dirt Band on Cassette in his Jeep which I absolutely loved…. But when I first heard Alan Jackson I thought….My God…someone is finally singing about my surroundings.  I loved rural Kansas and the lifestyle that went along with it.  I was in on the country thing for the most part.  There were some cheesy things I never bought about it but I completely got down with Alan Jackson and Tim McGraw.  Once I started listening to country I honestly liked the female artists a lot better like Mary Chapin Carpenter, Patty Loveless, and Pam Tillis. 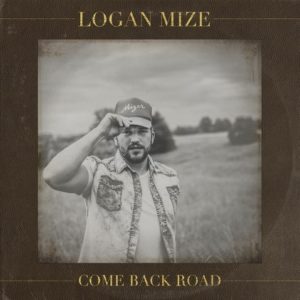 Tell us more about your newest album Comeback Road. It was one of our favorite albums of 2017.  What experiences and sentiments led you to these songs?  If you had to pick a song or group of songs that you think is the heart of the album what would you choose?

I wanted to put my voice behind the best songs I could find that best represented myself as an artist.  I put a lot of my songwriting aside here and focused on singing great songs.  The song “catch a fish” was the first song I wrote for the album but “bands make her dance” was the first one I wrote and demoed.  I wanted to use the production style of “bands make her dance” as the production guideline for the rest of the album and I think it was a great reference point.

Are you working on any new music while you have been out on the road? Can we expect anything new in your upcoming sets?

I’m always working on something.  I started writing the next album before the last one was out.  I’ll probably be refining my choices for the next few months.

Tell us about your songwriting process. Do you have people you write with frequently? Who is one songwriter you have always wanted to write with?

I honestly don’t like co-writing much.  If it’s one of my longtime buddies I dig like Blake Chaffin, The Warren Brothers, Lance Miller or someone else I have a friendly repertoire with but but to be honest I’d rather find someone who’s willing to let me cut their good songs than write with them.  If I’m gonna write something I typically like where I’d go with it on my own.  I’m pretty quick as a writer…I either immediately hate my idea or immediately finish what I started.  I don’t really chase it anymore….I’m kinda always waiting for that perfect idea.  Sometimes they show up.

You have recently been working with Budweiser on your “Somebody to Thank” Episode’s can you tell us a little bit about that?

It’s been a lot of fun.  The concept was their idea and we picked it up and ran with it.  I really hope we get to continue the series because we’ve had a great reaction to it.

One of the coolest things we have heard in the while is your Glenn tour/ Make Glenn Great Again. Can you let those that do not know about 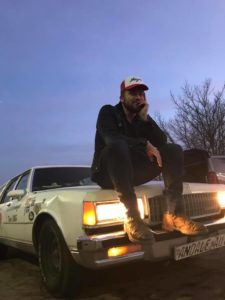 it in on what you have been doing? What do you personally get out of the experience or this style of tour?

I’m a DIY kinda dude so a crowd sourced tour is right up my alley.  I’d obviously love to sell out Arrowhead stadium someday but there’s nothing more gratifying that booking and executing an entire tour on your own terms.  No contracts, no managers, just a free for all.  It’s the purest form of entertaining people and you can feel it in the crowd.  It’s Guerrilla warfare. 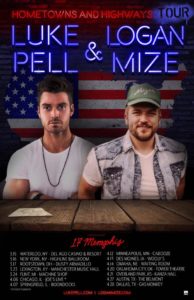 After this year’s Glenn Tour, you are heading out on the Hometowns and Highways Tour with Luke Pell in March; tell us about how you guys met and how you decided to go out together on your co-headlining tour.

I’ve historically had a really high male fanbase….Luke has a ton of female fans.  We both need each other to branch out.  haha….He’s a good ole Texas dude who was in the Army and I feel like we have a very similar upbringing.  Blue collar work for what you got kinda guys….I think it’ll be a good match

Finally, can you name an artist in country music that you think does not get enough press or airplay.

Logan Mize , but for real

Thank you so much man. I appreciate you taking time out to work with us on this. We absolutely love your music.

Thank you guys so much! Thanks for diggin’ my tunes and taking the time to interview me!  – Logan

Helping others learn about, and experience underappreciated music is one of reasons we started Raised Rowdy. Guys like Logan are the exact good guys that we want to help (In any small way we can) make it even bigger than they already have.  So I would like to Thank Logan for taking the time to give us some time to get to know him and his music better. While Logan has had a lot of success we think he deserves it all and more.