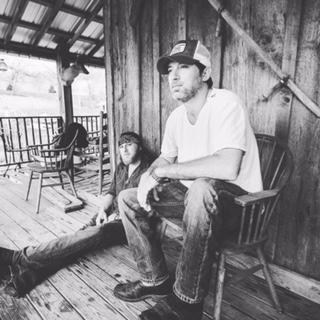 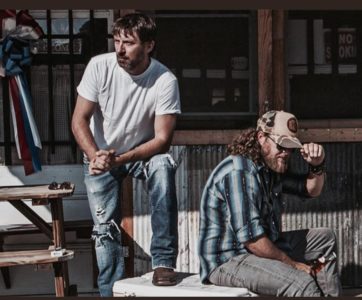 We got a chance to sit down with one of country music’s fastest rising duos, and what an experience. When you talk about two guys who have busted their butts in the music industry for years, Chad and Kyle Wilson fit the mold. Kyle moved to Texas from Alabama to start a solo career, but then the waves of change brought him back to his brother. They’ve put together one of the coolest LPs to release in 2018, and their debut single “It All Looks Good from Here” has more than 1 million Spotify streams and the video debuted at No. 1 on the CMT 12-pack countdown.

Raised Rowdy: So, the Wilson Brothers Band. You’re obviously brothers and you’ve been doing music for a long time, but as a duo you’re kind of new to the scene. How did this come about?

Wilson Brothers Band: It started out as Kyle coming to fill in on guitar for me as we were putting a band together to go out and play some of the new songs that we had been cutting. But once we got in rehearsal, the dynamics were undeniable. And within a month, it was no longer a single project. Instead, Bobby, our business partner and drummer, and I approached Kyle to see if he would be interested in the duo that has now became Wilson Brothers Band. So it wasn’t planned at all. But I have learned, none of my plans ever come to fruition anyways. So this coming together was in a plan – just not ours. So, of course, Kyle said yes, and we immediately went back in to studio to recut the songs as a duo. 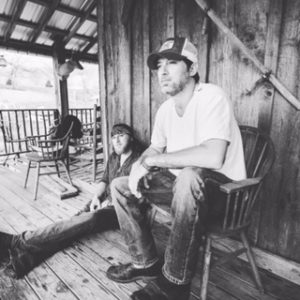 RR:  You each had pretty solid careers going before that merger, but this seems to really have taken off as your first music video ever debuted at #1 on CMT’s 12-pack countdown. What was that like?

WBB: Unbelievable, really. We have always felt like we were stronger together than we were as individuals, but life had other plans and sort of took us on separate paths.  So, to come out of the gate as a duo and debut at No. 1 was not only gratifying for us, but it also solidified that which we always had believed. Of course, our loyal fans are a big factor in the success of the video.

RR: Kind of keeping with that, the single ‘It All Looks Good from Here’ was placed on the New Boots playlist on Spotify, and you’re getting serious spins – recently surpassing 1 million! How cool is that?

WBB: To have the support of the team at Spotify and for the faith that adding us to the “New Boots” playlist is where we needed to be again is just so cool for us. The response we are getting is overwhelming really. Our music sort of stands out in the fact that it doesn’t really stand out. We honor the past but we don’t live in it. So to have been streamed over 1 million times worldwide is a testament that people are digging what we are trying to do.

RR: Saying you stand out by not being that different is interesting. When you think back on where you have been in the industry and now where you’re going, where do you guys fit?

WBB: Well, we each have been sort of put through the ringer. We have had people offer us opportunities that gave us extremely high hopes only to run around in circles and end up back at square one. So we have just stayed true to what we do. We have always felt like country music has always had a little room for us and our music. So with the recent success of our single, it just proves to us that we have something special and people seem to want whatever that is.

RR: The two of you grew up on gospel music, does that still influence you as writers and musicians?

WBB: Early on, it was the only influence. The harmonies of southern gospel and the “singings” that small southern churches would have just always left you hopeful. And sometimes with a tear in your eye. Even now, that’s what we hope our music makes people feel like. I think that now our biggest inspiration of our writing is life itself. We write about what we know and our experiences. After all, our own experiences is what we know best.

RR: Who are some of the people who have influenced your style of play

WBB: As songwriters, our influences are mostly other songwriters. We learned early on about how you can tell a story with pure passion by listening to Travis Tritt. Or how you can make people feel what you feel when you write a song by looking at Garth Brooks. Of course Jeffrey Steele, Craig Wiseman and several other songwriters are we aspire to be like.

RR: I’d be remiss if I didn’t mention Wayne Mills as he is the person who introduced me to the both of you. You guys cut ‘Alabama Will’ for the

record, and Chad wrote that with Wayne, right? What was it like to be able to pay homage to him and keep his spirit alive through this record?

WBB: When you talk about Wayne, we have to again talk about the experiences that come along with it. “Alabama Will” was for sure written from true experiences. The van breaking down and having to borrow money to fix it just so you can get the band home, then being gone from family for too long. Wayne was a huge factor in our lives. So to be able to give back to him after all that the Mills family has been through is the least we can do. That was his favorite song. So each night when we play that song, he seems to always find a way to let us know that he is there. And to have his name on the song as a writer means more to us than people will ever know. 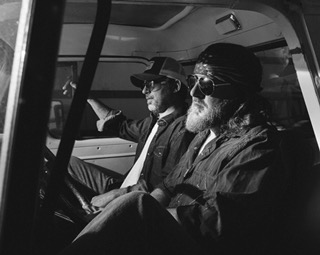 RR: You guys played a show at the Hutton Hotel in Nashville a couple weeks ago, and you’ve been opening for some well-known acts like Corey Smith. What has that been like, getting out of the cover band gigs and being able to play your own stuff?

WBB:  Whew!  It’s about time! We’ve been writing songs for years. And we have seen time and time again our songs being cut by other artist and other friends who are artists. So to now be able to go out and perform our songs every night is what we were always shooting for. So it’s a relief; it’s gratifying; it’s joy. It’s a lot of things. But mostly, it’s our pleasure.

RR: Finally, when you’re in Nashville, where are some of your favorite hangouts?

WBB: Well, we fortunately have some great friends in Nashville who are also in the industry. I think hanging out with Rob Snyder at “Revival 615” at the Tin Roof or at Loser’s for Whiskey Jam are two of our favorites. We get to see all our friends as well as get to listen to a lot of new music. But we also enjoy our down time with family.

RR: Thanks for taking time to hang out with us and let us and the fans get to know you a little better.

WBB: Thanks so much for spending time with us. We certainly appreciate it.