Ryan Nelson is a Nashville based singer/songwriter than we have became a huge fan of recently. Not only is he extremely talented but hes also a damn great guy.  We were happy that he agreed to sit down and give us a peak into his world.  Check out our interview questions and his amazing responses. 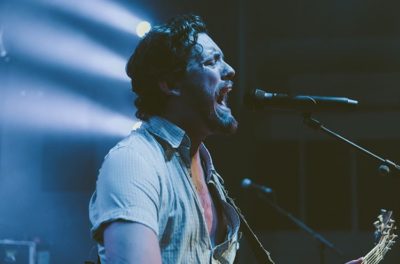 If someone has not heard your music, how would you describe your sound?

Authentic country music with substance and a wild side. Loved by the ladies. Respected by the guys. I try to write songs that make people wanna go wild and chug beers, and also ones that make them cry, and ones that make ‘em miss their ex, or their brother, or their old dog.

Give us some background on your roots. Where are you from originally and how long have you been in music city? Was your family musically inclined as well?

I was born and raised between Jacksonville and St. Augustine, FL. Lived a couple years in Tallahassee, which became like a second home and taught me a lot. It’s funny because people meet me and they seem confused when I tell them I’m from Florida. I guess a lot of people don’t hear Florida and think country and mud trucks and cold beer and rednecks, but they’ve never been to my Florida!

My extended family is pretty big and strangely close given some of the distances in age and miles. It’s really cool because there is music throughout. A solid chunk of my family is from the state of Mississippi on my Mom’s side. I don’t know what it is about it down there, but music is such an integral part of the culture, and you can definitely see it in my family. I think I got the singing from my grandfather on my father’s side, and my father himself. I was blessed to have major music mentors in my life who really cared and didn’t cost me a dime.

Been in Nashville since 2014. I don’t even keep track anymore honestly. I can’t believe it’s 2018. Wow. This place has become home for sure at this point. I couldn’t be happier about my time here.

Who are the artists that persuaded you the most to get into music professionally when you were growing up?

When I was really young, like, younger than 12, it was a three way tie between Alan Jackson, Usher, and the Beatles. My mom grew me up on James 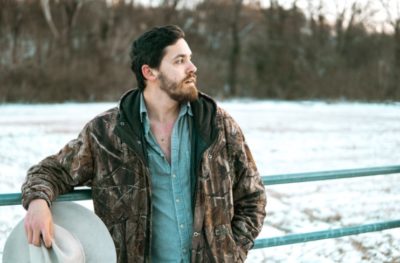 Taylor from an early age, so I would put him as a big one. My influences are super wide ranging though, so it’s hard to rest it on any short list or artists. As far as doing music professionally in Nashville, I can remember being in college and realizing that I wanted to do the Nashville thing after being heavily impacted by Jason Isbell’s, “Southeastern” album. It made me fall in love with music again. With that said, I’m a huge fan of guys like Eric Church and Josh Thompson. Artists that you could put a record on start to finish and there’s never a dull moment.

What is your favorite venue or show you have played to date and why?

That’s tough. Has to be playing in my first sellout show when I was 17 at the former Jacksonville venue, Fuel Coffeehouse. I do remember the feeling I had when I played my first Whiskey Jam. I was so fired up and we killed it. It was an infectious feeling, and I get a similar rush every time on the WJ stage. I also get a great deal of enjoyment out of the random shows at unconventional venues. We did a show once, I wanna say in Montgomery, Alabama, at a drag strip. Before we went on we got to watch a full hour or more of people racing their Oldsmobiles and Cadillacs and Silverados. It was great.

Who are some of the other writers you often pen songs with?

I’ve formed a lot of writing relationships over the years and I appreciate everyone that has been a part of building my catalog with me. To keep it somewhat brief.. I’ve written a lot of songs with Jordan Fletcher and Chad Bishop. Talking maybe 40+ a piece. Jordan and I have also teamed up with Riley Green and written a number of great songs. I’ve put in a lot of hours with my guys Jobe Fortner, Daniel Johnson, Tyler Chambers, Sam Crabtree, Jeremy Parsons, Devin Barker, Dawson Edwards and Bryan Frazier. Penned a couple of instant classics with Ray Fulcher. Done a lot of work with Haley Stevens… and the list goes on and on really. Sorry if I forgot to mention anyone. 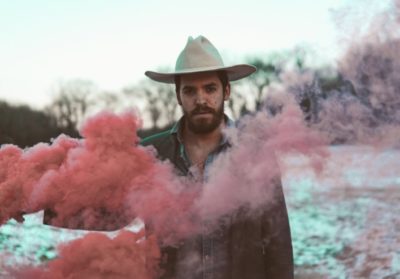 What current equipment do you play with (Guitar or amp setup) and do you have a dream guitar you hope to own one day?

So one of my dream guitars is actually in the works right now. My buddy Tyler Galloway, who plays guitar in Riley’s band, is building it out for me. It’s a semi-hollow telecaster with a sunburst finish. Birdseye maple neck. A Seymour Duncan Hot Rails in the bridge and the lipstick in the neck. I’m really excited about it. My other guitar is a called an Xtone Paramount series. It’s essentially a semi-hollow Les Paul made by ESP guitars. I’ll be running those through my 1987 Fender 75, which is basically like a vintage Hot Rod with more features (tone boost options, bright switch, etc.). It’s a workhorse. I don’t like much at my feet, so I just run a chromatic tuner, a holy grail reverb, and a four nob tube screamer for extra push if I want it. My stage acoustic is a 1980 Gibson Dove that I love very much. Can you tell I’m into vintage gear?

When can we expect more music from you?

You know, that’s a good question. It’s tough when you go from writing songs as a songwriter to writing as an artist. I’ve done a good deal of both, but now that the vision has shifted more to the artist side, it’s a battle of choosing the right material, with the right recordings, and finding the most effective way to release it all. I have already recorded a bunch of material, but we are looking really closely at everything and trying to make the best decisions we can for the sound. I’m going to try to have something out by the summer, whether that be a single or an EP that will give way to a later bigger project.

Who are a few other up and coming artists you think are ready to make it to the next level in country music right now?

I think that my buddy Riley Green is going to have a really big year, and I’m honored to have been a part of creating some of these songs. He just cut a bunch of tracks with Eric Dylan and they sound phenomenal. Can’t wait to see what they do. My guys in Muscadine Bloodline are steady blowing up their markets while expanding and their brand couldn’t be more on point. Look for them to have a huge year. One of my best friends Jobe Fortner just jumped on with the Make Wake Artists team and CAA so he’s set to have the biggest year of his career so far. As is my hometown and longtime friend Jordan Fletcher who is working with the Muscadine crew. I’m a big fan/believer in a lot of these new female personalities that are on the cusp. Keep an eye out for the lovely and bad-ass Lainey Wilson and Haley Stevens, and my Canadian superstar, Meghan Patrick. They’re doing big things. Trea Landon is working on a bunch of cool stuff, as is Mr. Josh Phillips. Both are set for a big year. Honored to know these people and call them friends. 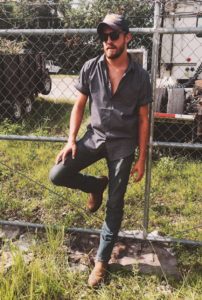 For a beer: Loser’s in midtown almost goes without saying. So does the Tin Roof on Demonbreun. Outside of that, you’ll find me a lot of times at “the Rose” (Melrose Billiards) in Berry Hill, Mickey’s Tavern over on the East side, or Franklin Abbey down in Franklin where I do my sports watching.

For food: Geez.. I guess I gotta go the “Hot Chicken” route here first, just to clear the air. I’m a Party Fowl guy. I know everyone’s got their place they swear by. That’s mine. I love Mexican food, so naturally, Baja Burritos in Berry Hill. I go to Las Casuelas off Nolensville pretty regularly. Casa Fiesta in Antioch is pretty top notch. For some authentic southern style food, The Sutler is real good. So is Puckett’s. Burger Up in 12 South is yum. Broadway Brewhouse has some of the best gumbo you can get north of south Louisiana. And last but not least BBQ.. Everyone swears by Martin’s.. I ain’t waiting that long to eat BBQ, sorry. I like Edley’s for in town, but the best stuff you gotta go looking for. Fat Boys in Antioch is amazing. Judge Bean’s Texas style BBQ out in Brentwood is one of the best kept secrets in town. Whitt’s is consistent (especially on Wednesdays).

We would just like to thank Ryan again for taking the time to let us in on his life, musical journey and some Nashville gems. His new single “Tailgate Talkin” should be on every summer 2018 playlist.   Catch Ryan as soon as you can and make sure to follow him on Instagram and Facebook.  We know you will be hearing his name more often here in the very near future.