HomeCountry MusicJericho Woods Interview. Josh and Paul give us a peek into their musical world

Jericho Woods Interview. Josh and Paul give us a peek into their musical world

Jericho Woods have quickly become one of our favorite acts. Their music has that really good time vibe to keep you going though the day while also relating to lots of different emotions. Josh and Paul Priest from Jericho Woods took some of their time out of their busy schedule to answer some of the questions we had. 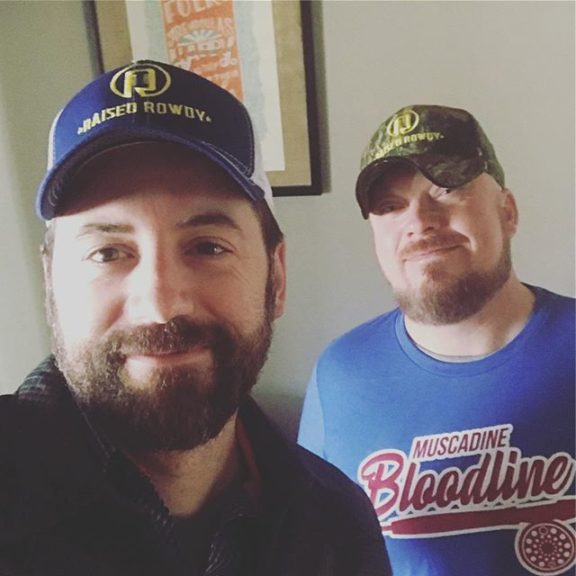 For those of our followers who may not heard of your music give us a description of how you would describe your sound.

P-I think our 90’s country influence shines through, even when we don’t realize it. We get compared to Diamond Rio and Shenandoah, and that’s a huge compliment. We really didn’t even realize it until reviewers started comparing us to those guys in articles. We LOVE that stuff, so I guess we might be a modern take on all the good music we grew up on. There’s hints of Southern Rock and Bluegrass in there too.

Tell us a little about the band.  How was it formed and what do you think makes you guys mesh so well together?

J- I had reached out to Paul about four years ago. I was a high school Agriculture teacher and Paul was still in radio. We had both played with different groups for the previous decade. We brought in some of our friends to form Jericho Woods and it just took off! We have been playing music full time for the last couple years. I think it works because we try to make sure it always feels like a family, even as some of the members have changed, it’s about the band and continuing to move it forward!

I know you guys are working on some new music to follow up your Bonfire Songs EP. When can we expect to hear some more new music?

J-We are in the studio this month to work on our next full length album. Last year we were happy with the success with our two EP releases, but it’s time to put a whole story together. We hope to release a single and video from it in the spring! The album will probably be released in late summer.

Speaking of Bonfire Songs, give us some insight on that project what had led you to those songs?

P-Josh had some songs that we thought folks from our area would love, and come to find out, folks from everywhere got attached to that project. We just wanted to do a sparse, laid back, acoustic EP about where we come from.

J- Yeah, it was more of a therapy session for us. We had split with our label and just felt like we needed to put something out there that felt personal. A thank you to the folks at home that had continued to support us, through it all!

Tell us about your songwriting process in general. Who do you write with and what do you draw inspiration from?

J-We do most of our own song writing, and most of my good ideas come while I’m driving or over morning coffee; but I’ve been able to work with some great folks for this project. We Co-wrote a couple with our producer Skidd Mills. We are hoping to cut one I wrote with Neil Medley, and we might cut some songs by a couple other great Nashville writers! It’s all about the song!

P-Josh is the most prolific of all of us. I write mostly with him, and sometimes I get an idea, and send it to him ,and say “fix this!” LOL!

Tell us about some of your favorite show you guys have played recently. What made it special for you?

J- We got to open for Sturgill the night after his Late Night TV debut a few years ago; that was exciting. My favorite show to date was opening for Dwight Yoakam! I had the most fun playing at SXSW this past year though! 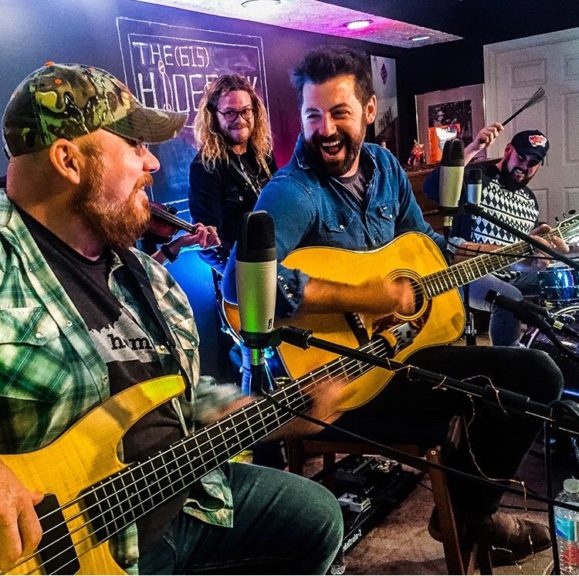 Give me three old artist songs you cannot stop listening to right now?

J- I’m a Garth man! So all of that! I love George Strait! Honestly, I have listened to the new Midland record non-stop for a month!

P- For me, lots of 90’s stuff. Those guys aren’t old, but I’ve been listening to a lot of Tracy Lawrence, Shenandoah, and Diamond Rio.

Give us a crazy or funny story that happened while you guys were on the road?

-P I got pulled over driving the band van in Madisonville, KY for driving TOO SLOW! That one sticks out in my mind…the cop wasn’t very friendly either.

J- I thought is was hilarious when Kyle, our guitar player, was determined to try the Death Nectar wings at Grind, in Kansas City. I thought he was gonna burst into flames! Lol!

A big thanks to Paul and Josh for taking the time to get us these answers. Be on the lookout for more great music from the boys and in the meantime check out their current stuff and keep up with them on social media!